Meet the Christmas Tree Doppelgängers of the Sea

More than one marine species is named for the beloved evergreens. 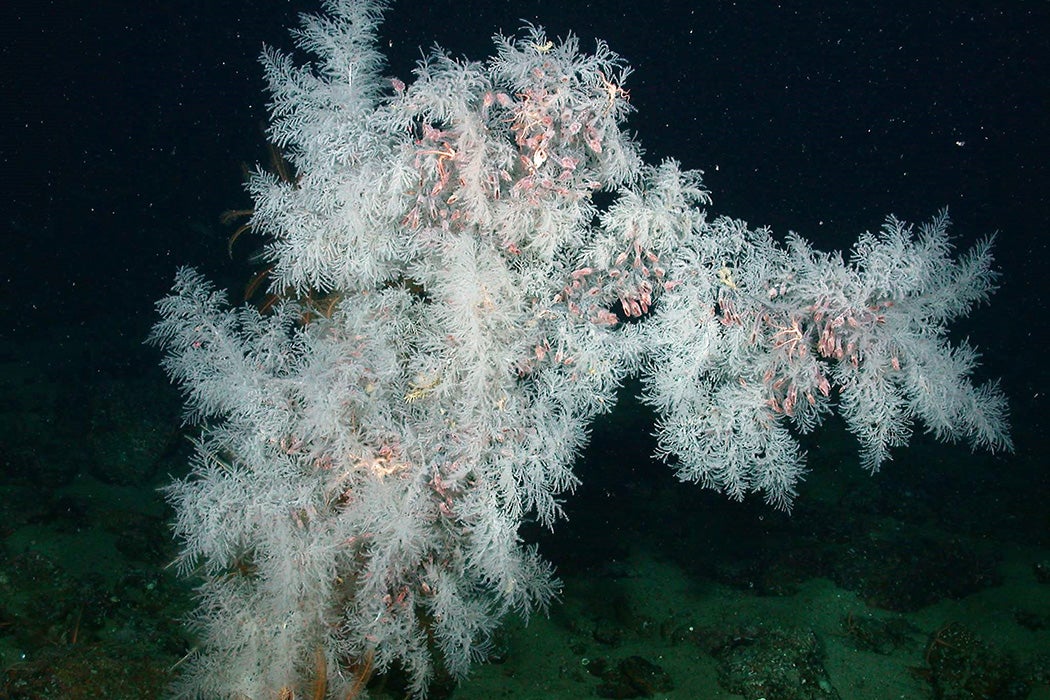 Christmas trees were hard to come by for some families this year. But the ocean was well-stocked, from the tropics to the deep sea, with festive creatures bearing Christmas tree inspired names.

The most famous of these—if a conical, thumbnail-sized marine invertebrate can be called famous—is the Christmas tree worm. These brightly colored tube worms adorn coral reefs across the globe, growing on the surface of living corals. Christmas tree worms are plentiful and easy to spot once you know to look for them. Divers and snorkelers delight in observing the brightly colored, feathery spirals of the worm’s feeding apparatus at close quarters. But if you get within a few inches of one, they vanish into their host coral and wait for the perceived danger to pass (a behavior that James Cameron modeled in the fictional extraterrestrial jungle plants of the film “Avatar”). A Thumbelina-sized diva shopping for a holiday statement might choose these worms as the models for her Christmas tree.

The full-grown colonies can measure up to eight feet tall, and can live more than a century if given a chance.

If Christmas tree worms resemble chic technicolor firs trimmed with precision, the far rarer and more mysterious Christmas tree corals might be best compared to a shaggy pine tree. Christmas tree corals are a cold-water black coral discovered in the mid-2000s. Black corals are a group of deep-sea colonial animals with eponymous black “skeletons” covered by tissue that ranges in color from white to red to pumpkin orange. Compared with closely related corals, the Christmas tree corals thrive in the shallow end of the deep sea—between a couple hundred and couple thousand feet below the sea surface. Much like the evergreens that millions of families install in their living rooms each December, the full-grown colonies can measure up to eight feet tall, and can live more than a century if given a chance.

The habitats where Christmas tree corals thrive are also home to unknown numbers of other marine species, including rockfish, crabs, and sea fans. This diversity and the mystery around basic aspects of the lives of Christmas tree corals may make their habitats good candidates for marine protected areas. Off the coast of Southern California, where scientists have searched for and mapped the species, they found that oil spills, destructive fishing practices, and pollution are-all too-real prospects for unseen marine splendors like Christmas tree corals—or other species we have yet to discover.

Christmas tree worms or corals aren’t good centerpieces for decking the halls, but they are delightful ambassadors of the sea to consider this holiday season. Observing them inspires wonder, and perhaps gratitude for the vast diversity of life below water that we still have so much to learn about. 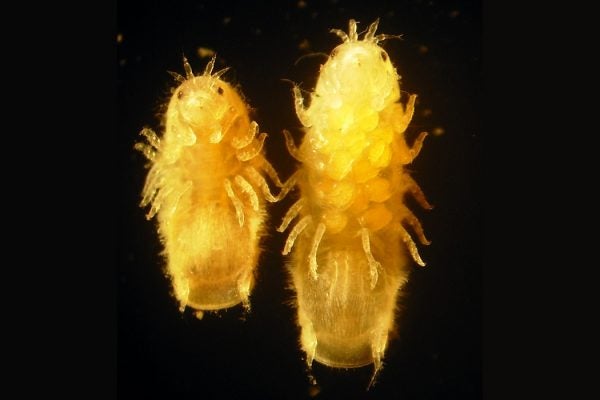 How “Termites of the Sea” Have Shaped Maritime Technology

These small marine pests have been eating our ships for millennia, forcing us to keep building better boats throughout history.