Originally produced as an exploitation film that drew on racial stereotypes, the ironic revival of Reefer Madness made it a cult classic for stoners. 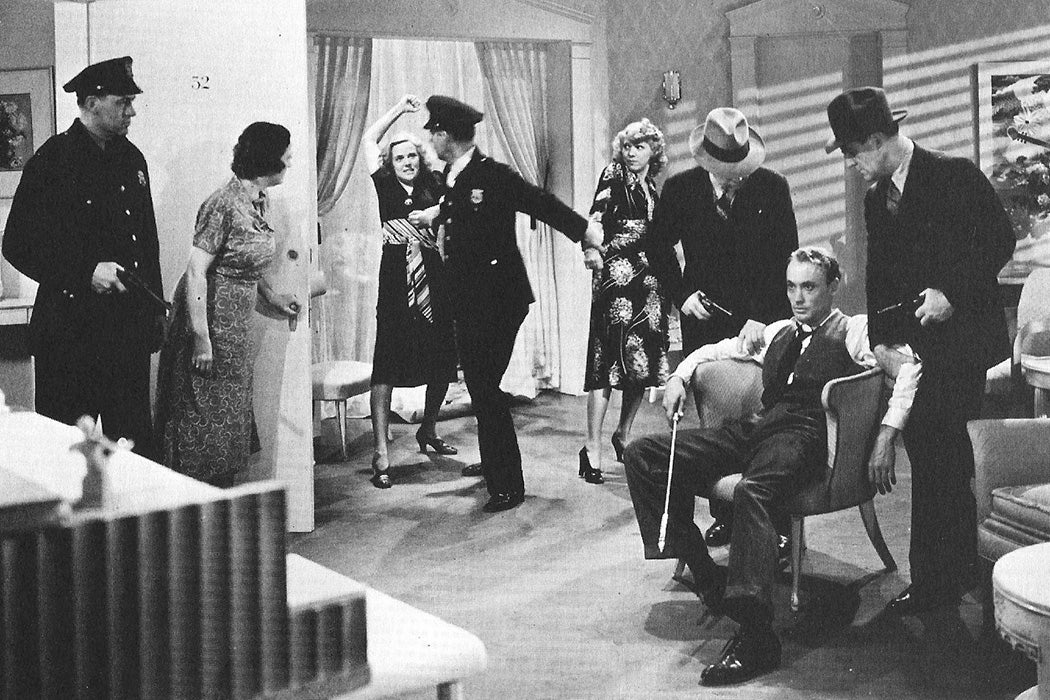 Reefer Madness begins with a foreword about the “real public enemy number one,” marijuana, and things only get worse from there. Over the ensuing 68 minutes, wayward souls under the influence of pot: hit and kill a pedestrian with a car; accidentally shoot a teen girl, killing her; beat a man to death with a stick (as others watch and laugh hysterically); and jump out a window to their own demise. The message is clear, but just in case you missed it, a character delivers it directly to the camera at the end. Dr. Alfred Carroll, a fictional high school principal, tells the audience: “We must work untiringly so that our children are obliged to learn the truth, because it is only through knowledge that we can safely protect them. Failing this, the next tragedy may be that of your daughter. Or your son. Or yours. Or yours.” He points his finger at the center of the screen before intoning, dramatically, “Or yours.”

This bonkers 1936 movie reflected a real drug panic sweeping America. The year after its release, the federal government enacted the first-ever tax on marijuana, representing the first of many subsequent laws cracking down on the drug and anyone associated with it. Reefer Madness captured and capitalized on this hysteria.

Exploitation movies reflected real social anxieties, and none was more relevant in 1936 than pot panic.

Reefer Madness was an exploitation movie, one of the many films that mined sex, gore, or other tawdry subjects for maximum effect. David F. Friedman, a longtime producer of such movies, described the genre thusly in an interview with David Chute:

The essence of exploitation was any subject that was forbidden: miscegenation, abortion, unwed motherhood, venereal disease. You could sell the seven deadly sins and the 12 minor ones. All those subjects were fair game for the exploiteer—as long as it was in bad taste!

Exploitation movies existed on the fringes of mainstream cinema in the 1930s, since their sensationalism kept them out of regular movie theaters. But they reflected real social anxieties, and none was more relevant in 1936 than pot panic.

The criminalization of marijuana was then well underway, as states ranging from California to Louisiana classified possession as a misdemeanor. It reached the federal level with the Marihuana Tax Act of 1937, which placed a tax on the sale of cannabis and laid the foundation for the harsher criminalization that followed.

These legal measures had less to do with genuine fear of the drug’s side effects than with anti-immigrant sentiment. As the political scientists Kenneth Michael White and Mirya R. Holman write: “The primary concern utilized to justify marijuana prohibition via the Marihuana Tax Act of 1937 was prejudice directed at Mexican immigrants in the Southwest.” During congressional hearings for this law, the Alamosan Daily Courier submitted a letter warning of the effect of “a small marihuana cigarette… [on] one of our degenerate Spanish-speaking residents.” Public safety officials likewise claimed that “Mexicans” were selling pot “mostly to white school students,” stoking sufficient racial fears to push the Tax Act into law.

Reefer Madness, with its lurid story of impressionable white teenagers driven to death and destruction, was very much of the moment. As the years wore on, its relevance waned, and the copyright expired, releasing the film into the public domain. But its meaning shifted dramatically in 1972, when Kenneth Stroup, the leader of the National Organization for Reform of Marijuana Laws (NORML), stumbled upon the movie in the Library of Congress.

Stroup realized that he had something unintentionally hilarious on his hands. He purchased a print for $297 and began screening it on college campuses. The watch parties functioned as fundraisers for his campaign to legalize marijuana, and they were a hit. Reefer Madness was not only reclaimed by the legalization movement, but recast as a beloved cult comedy—another “so bad it’s good” movie to be appreciated ironically.

Frederick Hollick's case involved not only his controversial sex-positive arguments, but also the question of who should be privy to medical knowledge about sex.