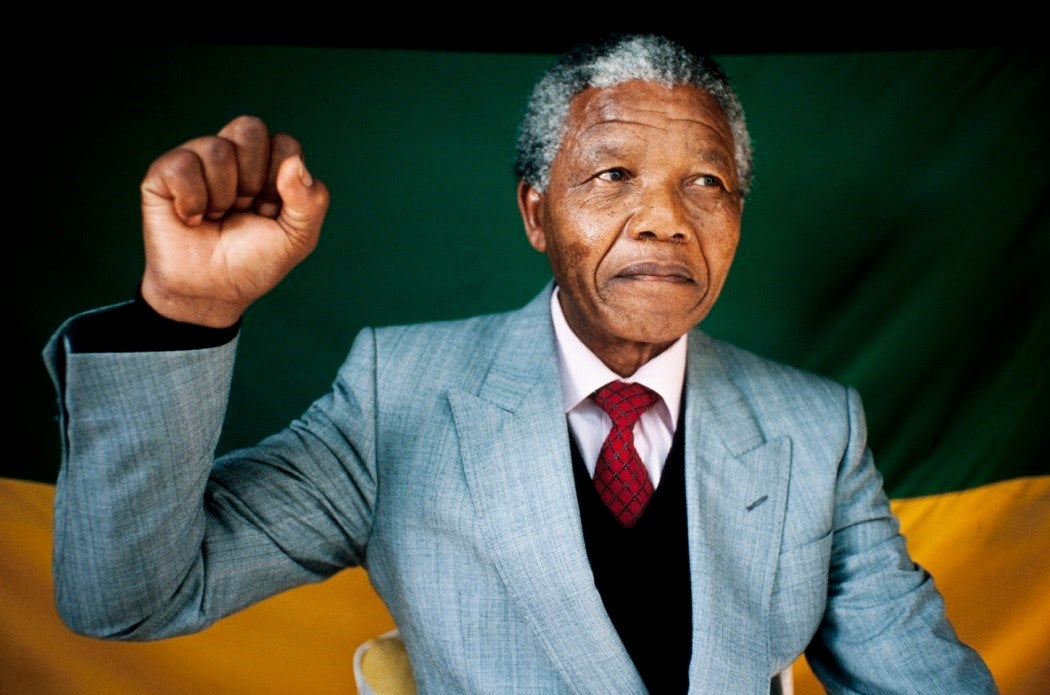 February 11th marks a quarter century since the release of Nelson Mandela (1918-2013) from a life prison sentence for sabotage and conspiracy to violently overthrow the apartheid state of South Africa. At his 1964 sentencing, Mandela gave a speech declaring, “I have cherished the ideal of a democratic and free society in which all persons will live together in harmony and with equal opportunities. It is an ideal for which I hope to live for and to see realized. But, my Lord, if it needs be, it is an ideal for which I am prepared to die.”

In 1993, he won the Nobel Peace Prize along with South African President F.W. de Klerk, for the peaceful ending of the apartheid regime. Often known in South Africa by his Xhosa clan name, Mandiba, Mandela was elected President of post-apartheid South Africa in 1994. His transition from freedom-fighter (to his friends and allies) or communist-terrorist (to his enemies) to “Father of the Nation” was complete.

One of the earliest articles mentioning Mandela in JSTOR is Gwendolen M. Carter’s “African Nationalist Movements in South Africa” from 1963. She asks why, in an era of decolonialization and independence, South Africa remained an anomaly. Europeans had divided up all of Africa except for Liberia and Ethiopia by the early 20th Century. Between 1945-1963, more than three dozen countries in Africa gained their independence, 17 of them in 1960 alone.

South Africa had a much longer and in many ways more complicated colonial history than other African regions. The Dutch had arrived as early as 1652 and the British in 1820, setting off a struggle between them for control. Those of Dutch (and French Huguenot and German) ancestry were known as Afrikaners, the majority of white South Africans, proud of escaping British rule. Carter’s suggestion that Afrikaner nationalism “may well be the most fervent nationalism existing on the African continent” is telling, for it was precisely the rivalry between competing Afrikaner and black African nationalisms that made the struggle against apartheid such a difficult one.

Carter’s nuanced and historical writing was rare indeed for its day. One of the founders of African Studies in the U.S., she had been visiting South Africa since 1948. Official U.S. policy meanwhile considered Mandela a terrorist and South Africa a bulwark against communism. But solidarity was budding.

The Peace Corps volunteer Paul Theroux, who served in Africa in the early 1960s, dedicated his short poem “Fists” to Mandela in 1965, when few Americans had ever heard of Mandela and those who had probably assumed he would die in prison. 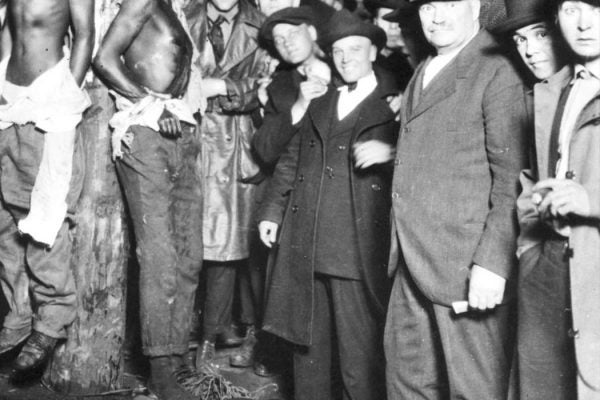 A new report called Lynching in America: Confronting the Legacy of Racial Terror," documents 3,959 African Americans lynched between 1877 and 1950.