Lichens as Sensors for Air Pollution

Lichens often go unnoticed, living on the ground, on tree trunks, or on rocks. They’re hearty, but remarkably sensitive to air pollution. 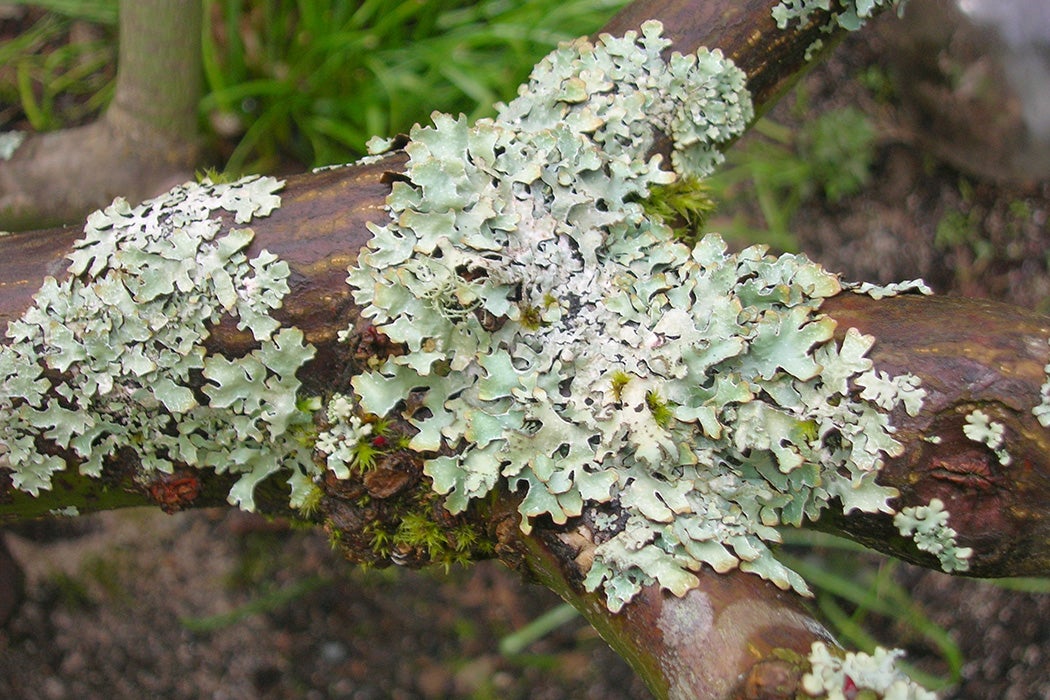 Lichens can act as signals that it may be a little safer to breath the air. In places where the air is cleaner than it was half a century ago, lichens are returning. In 2019, it was reported that a lichen species was found in New York City for the first time in almost two hundred years.

You may remember from biology class that lichens are composite organisms that combine fungi and algae or cyanobacteria. They are generally subtle and unnoticed background life forms, found on the ground, on tree trunks, or on rocks. There are even lichens that live on concrete, or rather, they live on the limestone used to make concrete as a substrate. The most inhospitable of continents, Antarctica, is splotched with lichens.

They can take the cold, the beating sun, lots of water, and incredible dryness. But one thing they can’t handle very well is air pollution.

For the first two centuries of the Industrial Revolution, lichens were in retreat, especially in cities and in heavy industry zones. The populations of individual species and the amount of species diversity were measurably reduced by human poisons. The ecologist M.R.D. Seaward explained how and why lichens have become bioindicators of pollution in a 1992 article for GeoJournal. They are living monitors of air-quality. Their “versatility in highlighting not only the existence but also the rise and fall in levels of these new pollution regimes over wide geographical areas” means they have “been extensively employed to monitor the extent or spread of air pollution.” But air pollutants like sulphur dioxide pose a threat to the lichens themselves: “Even a small rise in sulphur dioxide levels can cause a decline in diversity, species responding in accordance to their sensitivity to this pollutant.”

Anthropogenic activity also helps some lichens thrive. The use of fertilizers and other agricultural chemicals seems to have helped some species. Writing about the heartland of the industrial revolution, the British Isles, Seaward also calls attention to the recent spread of Stereocaulon pileatum. This lichen species favors metal-enriched substrata. So it has literally gone to town on the lead pollution that has accumulated in the soil. Lead is one of the most dangerous of pollutants, so the presence lichens can act as a canary in the coal mine.

The thing about pollution is that it fluctuates. New laws and new technologies mean our effluvia changes over time. “Pollution regimes,” as Seaward says, come and go, but pollution remains a constant. Lichens are a promising ally in our continuing struggle against our own wastes. Seaward concludes: