In History, The Past is the Present is the Future

If the past is so all terribly bad, then aren’t we lucky in the present? 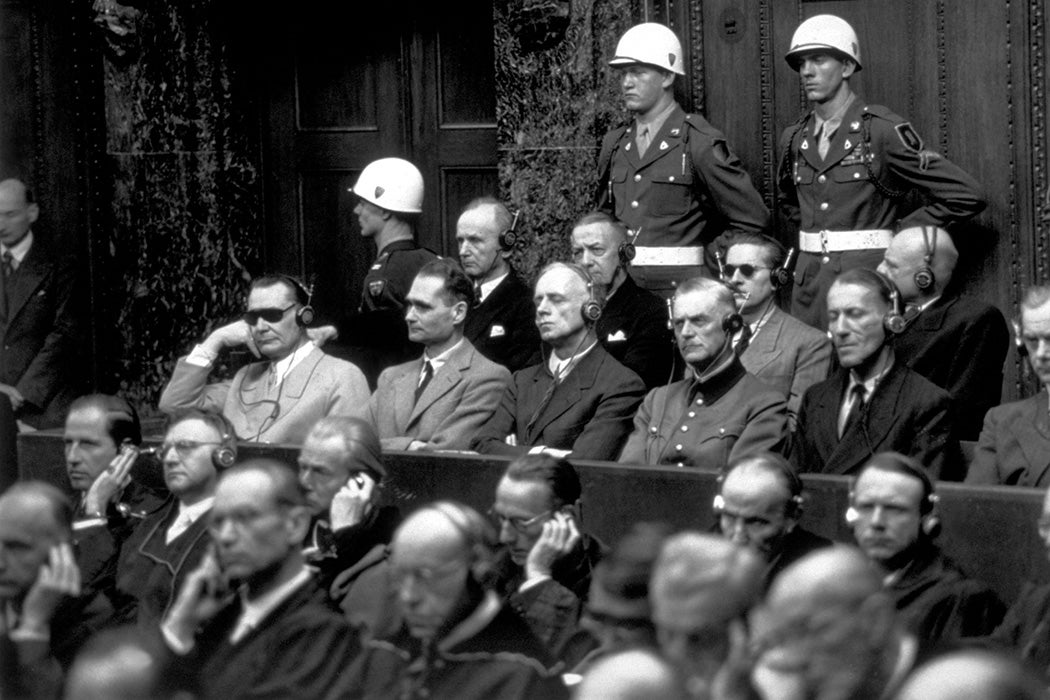 The Nuremberg Trials. In the front row (left to right) are Goering, Hess, von Ribbentrop, Keitel, Kaltenbrunner and Rosenberg. In the back row are Doenitz, Raeder, von Schirach and Sauckel.
Getty
By: Matthew Wills
3 minutes
Share Tweet Email Print

If history is, as James Joyce’s Stephen Dedalus, says, “a nightmare from which I am trying to awake”, how and when do we wake up? What, in short, are we going to do about the crimes of the past, the slavery, genocide, ethnic cleansing, colonization? These crimes have contributed to making the world we live in. Attention paid to them is recognition that “what’s past is prologue,” and they have shaped our lives, traditions, institutions, and ideologies.

But what kind of attention? Lately, much has been made of historical injustices around the world. This is, scholar Berber Bevernage writes, “one of the most remarkable phenomena in current international politics.” Across the globe, initiatives addressing “all kinds of historical evils” have occurred. These range from:

“Symbolic acts such as memorialization programs, truth commissions, and public apologies, to more practical political measures such as reparation payments and historical redress, to straightforward judicial prosecution through tribunals and (inter)national courts.”

Acknowledging that this trend has both its defenders as well as its detractors, Bevernage argues that there is a right way and a wrong way of going about it. “Retrospective politics,” as he calls this tendency, can have negative effects. He is most concerned about a sharp historical division between good and evil, what he calls “temporal Manichaeism.” This positions the past as a place of evil and suggests that evil existed only in the past, and that the present has progressed enough to be free of such horrors as, say, the twentieth century was replete with.

The tendency of an “Evil Past” threatens to “legitimize the present” as the best of all possible worlds. If the past is so all terribly bad, then aren’t we lucky in the present? Bevernage calls this kind of thinking anti-utopian, blighting present- and future-orientated politics. Too much satisfaction about how bad things were may “marginalize claims of victims of contemporary crimes and human rights violations” Bevernage, it should be noted, questions the progressivist views of history, which holds that things inevitably get better over time.

“Ethical Manichaeism and anti-utopianism are not inherent features of all retrospective politics but rather result from an underlying philosophy of history that treats the relation between past, present, and future in antinomic terms and prevents us from understanding ‘transtemporal’ injustices and responsibilities.”

“Transtemporal” suggests the past, present, and future are not mutually exclusive. Bevernage gives the example of the Argentine Madres (often actually grandmothers, because the mothers were murdered) who have claimed the state kidnapping of children during the Dirty War of the late 1970s does not belong in the past. After all, a six-year-old disappeared by the dictatorship in 1976—the children were given to regime supporters—would be 51 today. Another example is the Khulumni Support Group of South Africa, which advocates for the victims and survivors of apartheid, which was formally repealed in 1991: the group declares “the past to be in the present.” The past made the present and is inseparable from it.

Bevernage’s theoretical discussion doesn’t address the forces opposed to historical redress. It isn’t, after all, just theorists of history who may question the historical moment. Those responsible for historical crimes typically reject accountability, for obvious reasons, and rally around Longfellow’s “Let the dead Past bury its dead.”

The trouble, of course, is that the bones keep turning up.

THE PAST IS EVIL/EVIL IS PAST: ON RETROSPECTIVE POLITICS, PHILOSOPHY OF HISTORY, AND TEMPORAL MANICHAEISM
By: BERBER BEVERNAGE
History and Theory, Vol. 54, No. 3 (OCTOBER 2015), pp. 333-352
Wiley for Wesleyan University 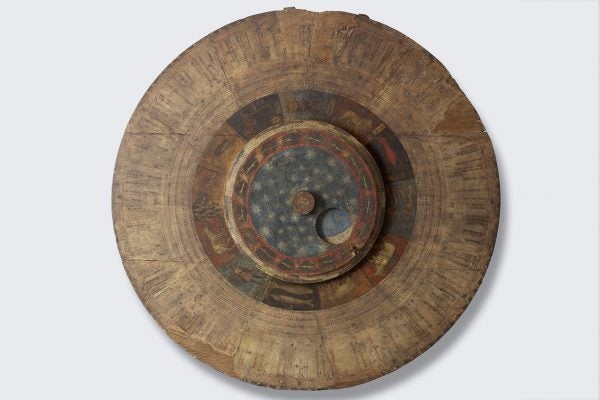 The astrolabe was a revolutionary tool for calculating celestial positions and local time. The device's design dates back to Islamic antiquity.