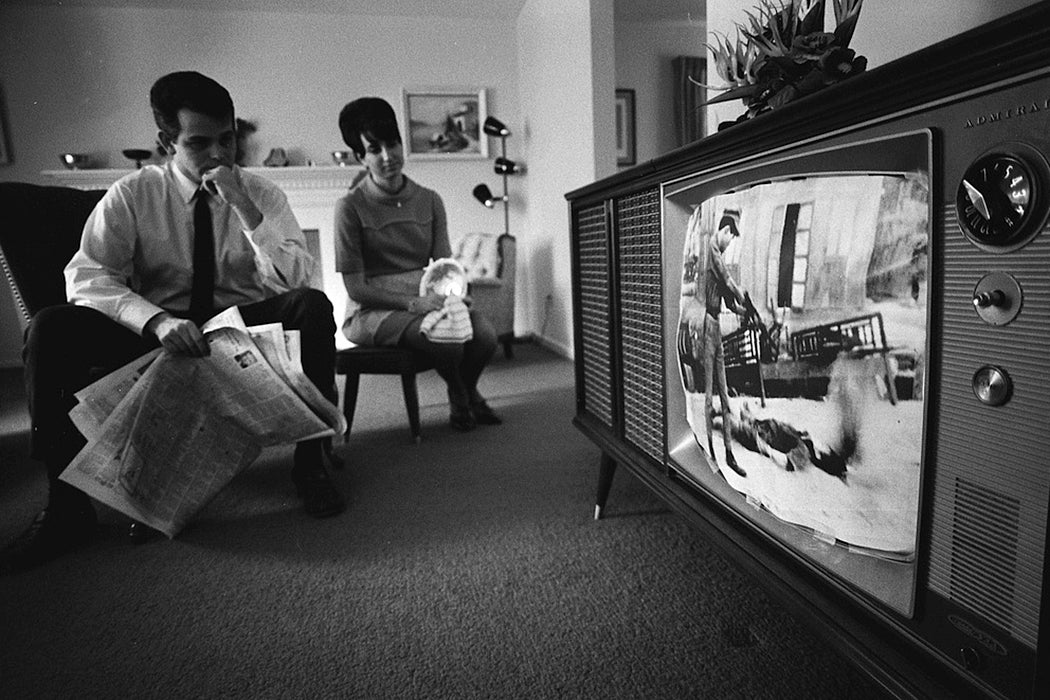 Think we’re living in troubled times? Americans who can remember might counter that 1968, now marking its golden anniversary, was an even more turbulent year than 2018.

Historian David Culbert notes that the angst of that year—political assassinations, riots, and a seemingly endless war in Vietnam—was chronicled via television news, creating an impact that magnified events.

That year, the U.S. had slightly over 200 million people and 78 million television sets. The networks had just switched to near total color programming. An estimated 20 million viewers got their news each night from the Huntley-Brinkley Report on NBC. CBS’s Walter Cronkite was right behind them.

The realities of war were brought home to the American public, resulting in an increased drumbeat of questioning and protest.

Within days, American television viewers were able to see more comprehensive televised footage of the execution. The execution was a dramatic moment, part of the massive Tet Offensive in which Communist forces attacked the U.S. Embassy in Saigon and captured the city of Hue. This came just weeks after the administration of Lyndon Johnson had promised “light at the end of the tunnel,” assuring the public that Americans were winning the war. The realities of war were brought home to the American public, resulting in an increased drumbeat of questioning and protest.

The other television image that rocked the nation took place on August 28th, 1968, outside the Hilton Hotel in Chicago. At the time, the Democrats were nominating Vice President Hubert Humphrey as their presidential candidate. The demonstrations, which were later termed a “police riot” by an investigative commission, appalled 90 million television viewers, nearly half the American population.

Culbert writes that the footage of the demonstrations, at a location arranged by organizers to coincide with the placement of bulky television equipment of the era, showed police battering protestors with billy clubs and other devices, creating a bloodbath that some compared to the dawn of a police state. Some commentators made comparisons to the Soviet invasion of Prague the week before.

The footage was shown in the convention hall, angering delegates. Senator Abraham Ribicoff lambasted Chicago Mayor Richard Daley for encouraging police to beat up on demonstrators and reporters. In televised footage that became emblematic of the convention, Daley is seen muttering an obscenity at the podium, revealing a level of discord that nominee Humphrey was never able to overcome.

According to Culbert, the fracas that day forged a consensus among journalists that the police had overstepped decency. It didn’t help that many of those who were beaten that day were reporters and camera people. The journalistic establishment responded by defending its own, with network anchors such as David Brinkley decrying the police tactics.

But that’s not how much of the public saw it. According to a Gallup Poll taken two weeks later, 56 percent agreed that the Chicago police actions were justified. Confronted with a televised view of the disorder on the streets, the American public reflexively sided with the cops.

What the American public saw on their television sets in 1968 led many of them to seek stability. It may have also paved the way for the election of law-and-order candidate Richard Nixon. 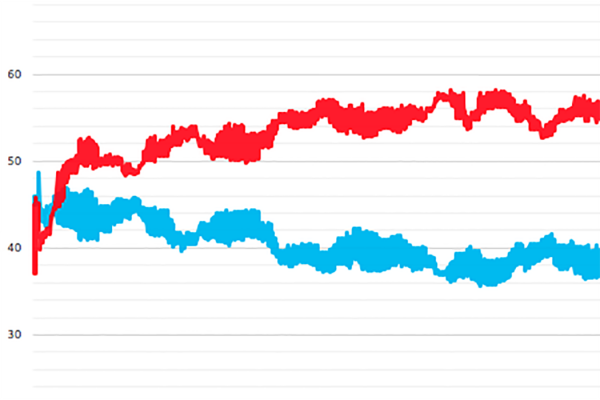 What’s in a Popularity Rating?

A leader's popularity usually has more to do with the market, the economy, and other external factors than with the leader's personality.