How the LAPD Guarded California’s Borders in the 1930s

Working well outside their jurisdiction, the officers patrolled their state’s borders against white migrants. 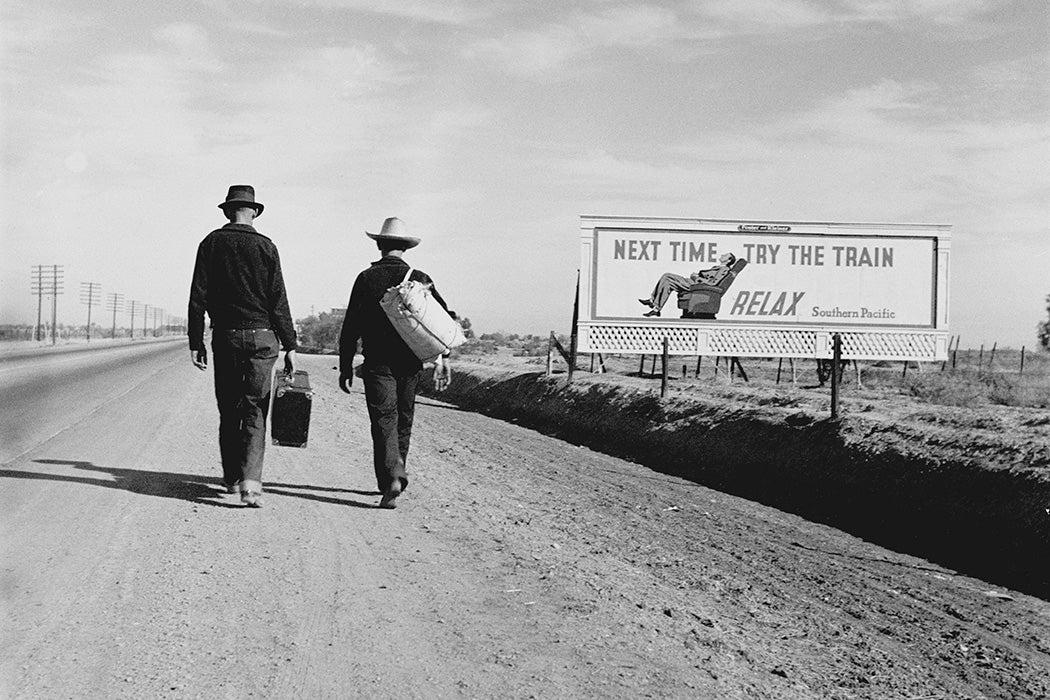 Great Depression–era migrants heading to California’s “garden of Eden” ran into trouble on the state’s borders with Arizona, Nevada, and Oregon. Woody Guthrie sang about their troubles in the song, “Do Re Mi.” “Now the police at the port of entry say/ ‘You’re number fourteen thousand for today,'” is how Guthrie put it.

The “police” in the song were from Los Angeles. Deputized by local sheriffs starting in February 1936, LA police officers halted incoming trains, automobiles, and pedestrians. They were looking for “vagrants” “indigents” “tramps,” and “hoboes”—all those with “no visible means of support.” As historian H. Mark Wild reveals, Guthrie’s song is a virtual documentary of the Los Angeles Police Department’s blockade against poor white migrants looking for a new life.

They were looking for “vagrants” “indigents” “tramps,” and “hoboes”—all those with “no visible means of support.”

California had a history of racist exclusion against Chinese and Japanese immigration. As Wild explains, African Americans were not welcomed. Mexicans and American citizens of Mexican descent were deported by the thousands when the Depression hit. Nonwhites were portrayed as “lazy, criminal, diseased, or predatory” and a threat to the jobs of whites.

But the westward migration from the Plains states during the Depression was overwhelmingly made up of native-born whites. Racial exclusion obviously wouldn’t work in their cases, but similar reasoning would be applied against them.

“Border patrol advocates maintained that the newcomers’ predicament derived not from economic conditions but from cultural deficiencies,” Wild writes. Poor whites “lacked the work ethic and moral character to become part of the the Los Angeles community.”

Los Angeles had developed as a “bastion of conservative, pro-business sentiment” that appealed to middle- and upper-class white Protestants. That appeal was very successful in the 1920s, when 2.5 million people, many of them middle-class midwesterners, moved to a California that welcomed them with open arms.

But with the onset of the Depression, Los Angeles power brokers didn’t want working-class or poor people, even if they were white. Chief of Police James E. Davis, known for his “casual” approach to corruption and the deployment of his antiradical Red Squad, was the main spokesman for the blockade. Would-be newcomers weren’t economic refugees or migrants, Davis insisted; they were “transients” who would never be productive citizens.

Those arrested for vagrancy were transported to the border or given the option of a month of hard labor in a rock quarry. Those who chose deportation over Davis’s “rockpile” were said to prove they were “won’t workers.”

There were challenges to the blockade from within California, but critics never coalesced into an effective force against it. An American Civil Liberties Union challenge never made it to the courts because the police scared the plaintiff away. The blockade would be ended, without the fanfare of its inauguration, simply because it wasn’t all that effective.

If You Ain't Got that Do-Re-Mi: The Los Angeles Border Patrol and White Migration in Depression-Era California
By: H. Mark Wild
Southern California Quarterly, Vol. 83, No. 3 (Fall 2001), pp. 317-334
University of California Press on behalf of the Historical Society of Southern California 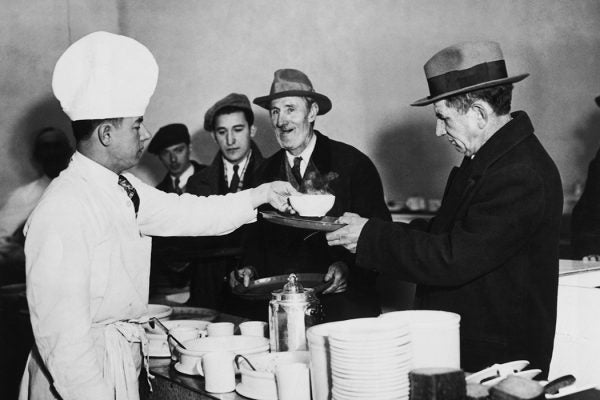 One Parallel for the Coronavirus Crisis? The Great Depression

“The idea that the federal government would be providing emergency relief and emergency work was extraordinary,” one sociologist said. “And people liked it.”