They were mocked for their obsession with movies. But the fan culture they constructed help build Hollywood. 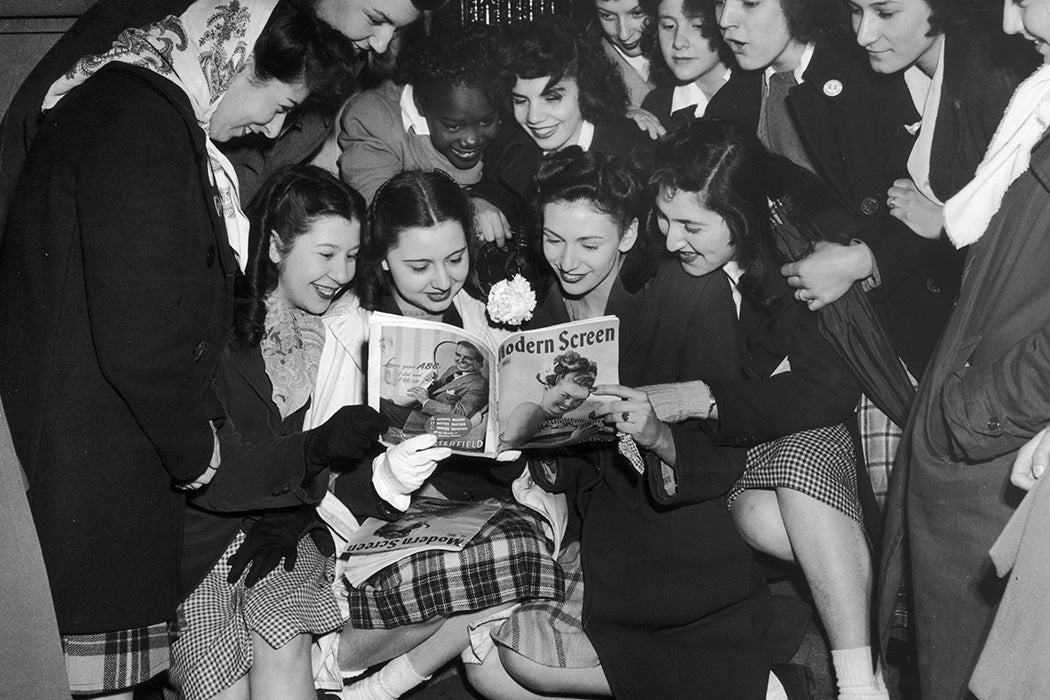 Female fans of Frank Sinatra gaze adoringly at a picture of him in a copy of Modern Screen magazine, c. 1950
Getty
By: Erin Blakemore
2 minutes
Share Tweet Email Print

They swooned. They screamed. They dreamed of movie stars. In the early days of US cinema, “film-struck” teenage girls became Hollywood’s most visible fans. So why were they maligned by the very system that relied on them? When film studies scholar Diana Anselmo-Sequeira took a dive into the documentation of cinema’s earliest movie fans, she discovered that adolescent girls actively contributed to the creation of fan culture—and helped build Hollywood’s star system.

The emergence of widespread film viewership in the 1910s coincided with the recognition of adolescence as its own life stage. Around the same time, women’s roles were shifting, and an uneasy society didn’t know what it thought about women’s love of film. Teenagers were cast as particularly fickle and immature. But Anselmo-Sequeira finds agency in the way they consumed and made meaning of film.

These fans were supposedly enthusiastic and obnoxious, silly and self-absorbed.

As young women flocked to movie theaters, they were cast in a role of their own. These fans were supposedly enthusiastic and obnoxious, silly and self-absorbed. Anselmo-Sequeira draws parallels with earlier portrayals of the figure of the “stage-struck” young woman. These tales fearfully predicted that her love of the theater would lead her to abandon “her primary roles of housekeeper, wife, and bearer of the race.” Movie fans were even worse, the press suggested. Female, teenaged, and obsessed with the possibility of attracting attention from male stars, they nursed dangerous delusions of future stardom.

But for many of these young women, the movies seemed to offer a legitimate chance at financial viability and self-definition. The industry that tempted them with promises of overnight stardom and mocked them for their aspirations presented what girls saw as real vehicles for personal and professional fulfillment.

“It is undeniable that early Hollywood’s promise of overnight wealth, nationwide exposure, and unrestricted pleasure underlined many girls’ engagement with film culture,” Anselmo-Sequeira writes. Their own words, however, point to the girls’ real aspirations and the possibilities movies presented. In a star-search contest for Photoplay, for example, young women wrote about their desires to “enjoy the luxuries that the actress who makes good can have” or to join “the cleverest, keenest, and most wholesome of any class.”

Girl fans were mocked. But Anselmo-Sequeira shows how necessary they were to the movie machine. Through their love of the theater, interest in stars’ personal and professional lives, and willingness to attend movies, they “[gave] tangible shape to what unrivaled movie devotion should look like.” The star system they bolstered would dominate Hollywood for the next fifty years.

Teenage girls are still a major engine of fandom, and recent research has linked participation in fandoms to gains in mental health and resilience. But they continue to be maligned and misunderstood, and misogyny in fandom persists. Ironic, then, that the very women who are mocked for their pop culture obsessions helped build the culture’s foundations.

Screen-Struck: The Invention of the Movie Girl Fan
By: Diana Anselmo-Sequeira
Cinema Journal, Vol. 55, No. 1 (Fall 2015), pp. 1-28
University of Texas Press on behalf of the Society for Cinema & Media Studies 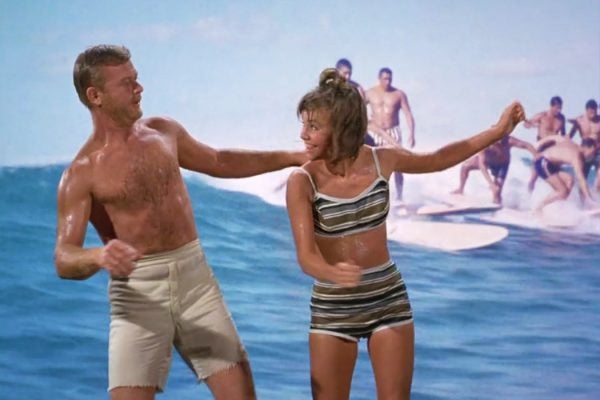 Surf movies of the 1950s and 1960s only seemed squeaky-clean. Just beneath the surface was rebellion, rule-bending, and an embrace of the "other."