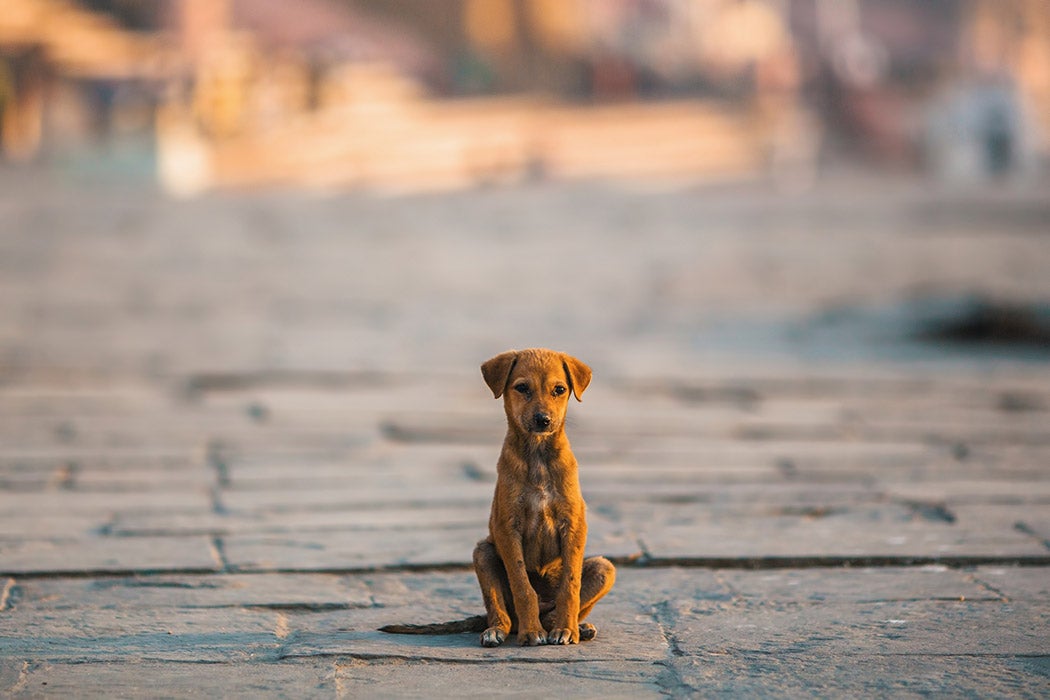 When you think of dog behaviors, you may picture catching a ball or walking on a leash. But more than 70 percent of the world’s dogs aren’t pets. They’re free-ranging creatures, typically living around people without being part of any human family. Biologists Sreejani Sen Majumder, Ankita Chatterjee, and Anindita Bhadra set out to figure out what these dogs do all day in India.

The researchers note that the Indian Native dog (aka Indian pariah dog) generally lives on the streets, surviving on human charity and garbage. They live either singly or in small groups, anywhere from big cities to the edges of forests. They have wolf-like faces, patchy coats, and short fur. The female dogs typically have one litter a year, either in spring or fall, but less than half of pups survive to adulthood.

To figure out what these dogs’ days are like, Majumder, Chatterjee, and Bhadra observed street dogs on several occasions between 2008 and 2011, looking at three different urban areas—the township of Kalyani in West Bengal and college campuses at Mohanpur, West Bengal, and Bangalore, Karnataka. They sampled the dogs’ activity during the day at times when both humans and dogs are typically active—avoiding midday, when dogs usually rest away from the heat, and stopping at 7:30 p.m., when it became too dark to see dogs in unlighted spots. Observers picked a random road within an assigned area and began walking, marking down the apparent age, sex, activity, and vocalizations of any dog they saw.

Many people in India dislike street dogs, perceiving them as dangerous or annoying.

The observers recorded 1,941 dog sightings. They found that there were no significant differences between the activities of the dogs in different locations, of different ages, or different sexes.

Many people in India dislike street dogs, perceiving them as dangerous or annoying. They sometimes fight over food and may carry rabies, a serious health concern in India, where two in every 100,000 people are affected by the virus each year. But the researchers found little sign of aggression. In fact, the dogs spent most of their time relaxing. In fifty-three percent of the sightings, the dogs were inactive (coded as “sleep,” “laze,” or “sit”).

In another sixteen percent of the observations, the dogs were simply walking, either in a group or individually. They spent less than six percent of their time in “maintenance” activities (“groom,” “scratch,” “defecate,” “drink,” “sniff garbage,” etc.) and only around ten percent interacting with other animals (other dogs, humans, cats, or, on two occasions, calves). Of thirty-two interactions with humans recorded, none were aggressive. Instead, they included things like tail-wagging and begging for food.

“Our analysis reveals that dogs are generally lazy and friendly animals,” the researchers conclude, “And their rare interactions with humans are typically submissive.” 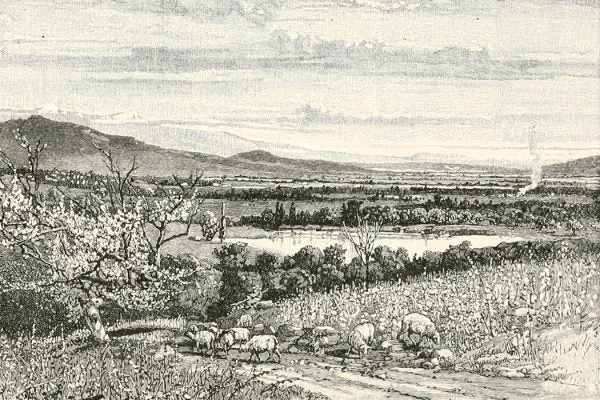 An important part of Indigenous spirituality and identity, the aromatic evergreen shrub is being threatened by poachers and over-commercialization.