Kilts are traditional garb from Scotland, right? Well, that’s not quite the whole story. 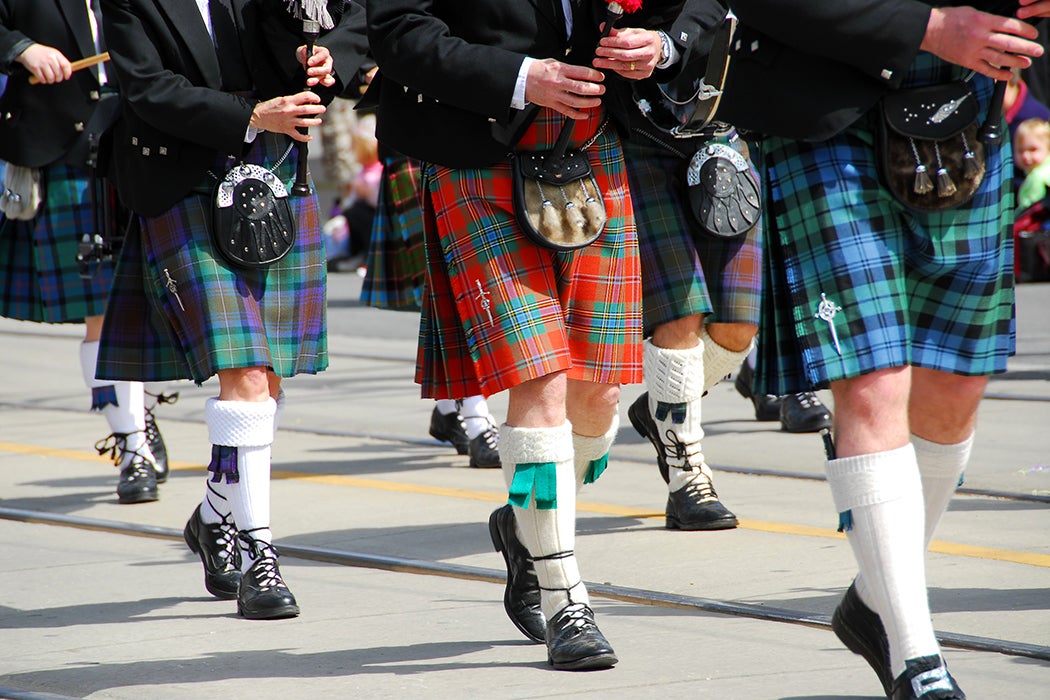 Kilts are traditional garb from Scotland, right? Well, that’s not quite the whole story. In an article from 1858, William Pinkerton noted that ancient Highlanders and Irishmen, both Celts, generally went bare-legged and wore a long, baggy shirt dyed yellow with autumnal saffron. Over this, they wore an untailored woollen cloth which also served as a sleeping blanket. The cloth wrapped around and gathered into folds which stopped somewhere below the knee. Sometimes they also wore animal skin, especially deerskin. So how did the tailored, pleated kilt come to signify Scotland? And why do so many men, Highlanders or not, wear it these days—either to formal events like Christmas and New Year parties, or even daily?

Our story begins back to the 1500s. In the late sixteenth century, Henry VIIIth forbade wearing the saffron shirt. From that time, and into the seventeenth century, we start to see references to the breacan feile, or “belted plaid,” and actual dimensions for the worsted wool. A breacan was to be about 2 yards wide and 4 to 6 yards long. Since looms were usually 28 inches wide, this means that the breacan was 2 lengths of worsted wool sewn together.  The wearer wrapped and folded his breacan round his waist, securing it with a leather belt. The remaining length he draped over the shoulder and fastened with a skewer. Those who could afford them wore tight trousers called trews under the belted plaid. This is considered traditional Highland dress for a man.

The kilt was a tailored variant that appeared in the eighteenth century. Some, like Pinkerton, even say that it was invented by…an Englishman.

In 1822, King George IV visited Scotland. He was the first British monarch to do so in 170 years. And he wore a kilt.

Pinkerton explains the invention of the kilt as a coincidental event during the occupation of Scotland by General Wade in the early 1700s. An English army tailor called Parkinson had come up to the Highlands from London to see about clothing the troops. Caught in a storm, he took refuge at the house of a Mr. Rawlinson. Rawlinson was a Quaker who managed a smelting ore works not far from Inverness that employed Highlanders. He apparently complained to his visitor that the Highlanders often worked naked because their plaids were bulky.

As the story goes, the tailor pulled out a pair of shears and cut a plaid in two. He sewed fixed folds into the bottom portion, leaving the top portion to be draped around the shoulders. In order to encourage the workers to wear this new invention, Rawlinson started to wear it himself. Eventually his workers tried it. And not long after, the English army decided to adopt it as the Highlander’s army uniform.

But they did not like it. In a 1743 complaint to the army, Highlanders said “you consider us to be soldiers, amenable to military discipline, and liable to serve wherever you may please to send us, why not dress us as you dress your soldiers—not as you dress your women?” The new uniform was a success, however, particularly outside of Scotland. Somehow this tailored version of the breacan came to be called “kilt,” which wasn’t even a Celtic word. Etymologically, “kilt” came into Scots (the language of the Lowlanders) from old Norse and Danish where it meant “tuck up around the body.”

Then, in 1745, Highlanders tried to return a Stuart king to the British throne. This so-called Jacobite Rebellion failed. One of the punishments was the 1746 law outlawing the wearing of Highland clothes except for soldiers in uniform. For almost 40 years, kilted Scottish soldiers in other countries spread the garment’s mystique—while their compatriots at home were forbidden to wear it. In 1782 the Diskilting Act was repealed, but by then kilts and breacan were out of fashion.

Then something rather funny happened. In 1822, King George IV visited Scotland. He was the first British monarch to do so in 170 years. And he wore a kilt. The entire visit was managed by historical novelist and poet Sir Walter Scott. He managed to lift the tartan ban and use the event to reforge Scottish identity around pleated worsted wool. Hundreds of Highlanders and Lowlanders, fantastically dressed in various tartans, appeared in Scott’s pageant to impress the fashion-conscious king. Pinkerton tells us that Sir Walter Scott “laughed in his sleeve when he saw the Fourth George and Alderman Curtis arranged in kilts, [exclaiming] ‘If there should ever be another rising, the national Scottish air cannot be Hey tuttie tattie, but the Devil among the tailors.'”

And today? For a Highlander, a dress kilt and jacket is proper attire to an important event. 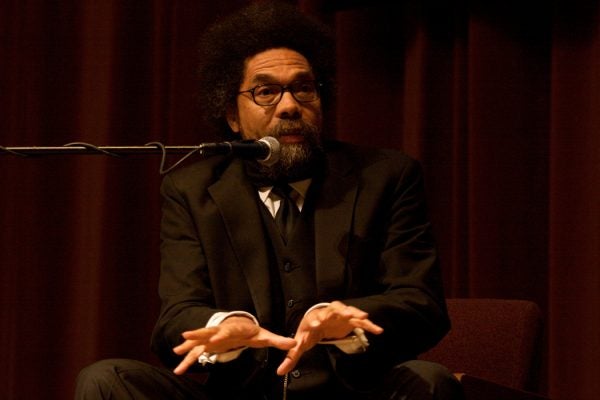 Cornel West: Neoliberalism Has Failed Us

West speaks on Obama’s legacy, the failures of American empire, and the role of race in Trump’s election.