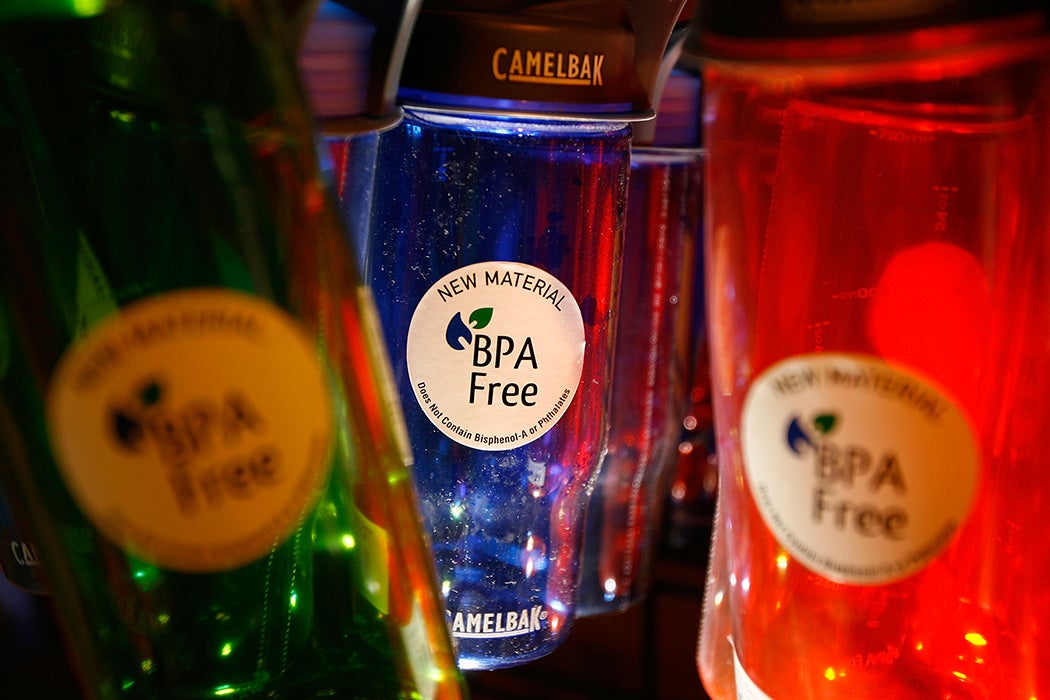 Welcome to JSTOR Daily’s Detox Series, in which we consider how we can limit our exposure to common chemicals scientists deem unsafe. So we far we’ve covered fire retardants in milk and plastic in our water.

Bisphenol A, or BPA—the chemical additive used to give plastic certain qualities, like making it more durable—has been eliminated from many water bottles, food containers, and children’s toys. A lot of plastic items on today’s supermarket shelves proudly display a “BPA-Free” label. Does this mean we no longer have to worry about plastic-related health hazards? Not quite. Other plasticizers called phthalates are still used to give plastic certain desirable qualities. And scientists think they are also harmful to the human body.

Although short-term DEHP exposure may not result in immediate harm, long-term outcomes could be dangerous.

A team of scientists at Harvard Medical School took a close look at forty-six common pesticides, phthalates, and byproducts of the oil and gas industry. After testing the chemicals on 5,000 worms, they found that 41 percent of these compounds disrupted the creatures’ reproductive biology to an equal or greater extent than BPA. The di(2-ethylhexyl) phthalate (DEHP), added to many plastics to make them flexible, was high on the list. The group found that DEHP interferes with cell division in several ways, causing defects during egg formation and early embryonic development.

Researchers have been looking at DEHP for a few decades. In 1982, a study investigated how primates and humans metabolize DEHP, in part because the plasticizer was found to contaminate blood stored for transfusions, and showed up in patients’ tissues. The study found that humans and monkeys metabolized DEHP very quickly, excreting it in urine and stool, seemingly with no harm. So the study concluded, “there is no evidence at present that humans exposed to DEHP via DEHP-laden blood products or from other sources experience any adverse effects.” The researchers thought that the human body cleansed itself of DEHP efficiently enough to avoid toxicity.

But only a few years later, a different study linked DEHP to liver cancer in mice, noting that it interferes with the cellular functions of liver cells. Depending on the amount consumed, exposure length, and other factors, some mice developed hepatocellular carcinomas that also metastasized to their lungs. Later studies found that DEHP affected mice fertility, particularly the fertility of male mice. The scientific evidence built up showing that although short-term DEHP exposure may not result in immediate harm, long-term outcomes could be dangerous.

Consequently, the U.S. Congress banned children’s toys and care products that contain more than 0.1 percent of DEHP and two other types of phthalates. But last year, a University of California, Berkeley study found that people who eat more fast food are exposed to higher levels of phthalates, which leach into the food from plastic boxes, utensils, and wrappers. Previously, the CDC found that women are more exposed to phthalates because some of them are used in soaps, body washes, shampoos, and cosmetics.

The Harvard team found that worms exposed to DEHP had abnormal chromosomes and their eggs had the wrong number of chromosomes, making their embryos less viable—although not every worm was affected equally. In humans similar chromosome abnormalities can cause miscarriages, stillbirths, and Down syndrome. The team’s findings may have implications for pregnant woman and women of reproductive age—and might also help further regulate DEHP use. “These are completely new findings,” said one of the study authors, Monica Colaiácovo, “and hopefully will shed some light as to how this phthalate impacts human reproductive health.” What can we do to curb our phthalates intake in the meantime? One potential action may be to eat out less often and consume less fast food.