How Mary Colter Made the Grand Canyon an Experience

Architect Mary Colter created buildings that incorporated local materials and indigenous motifs, blending with the environment rather than dominating it. 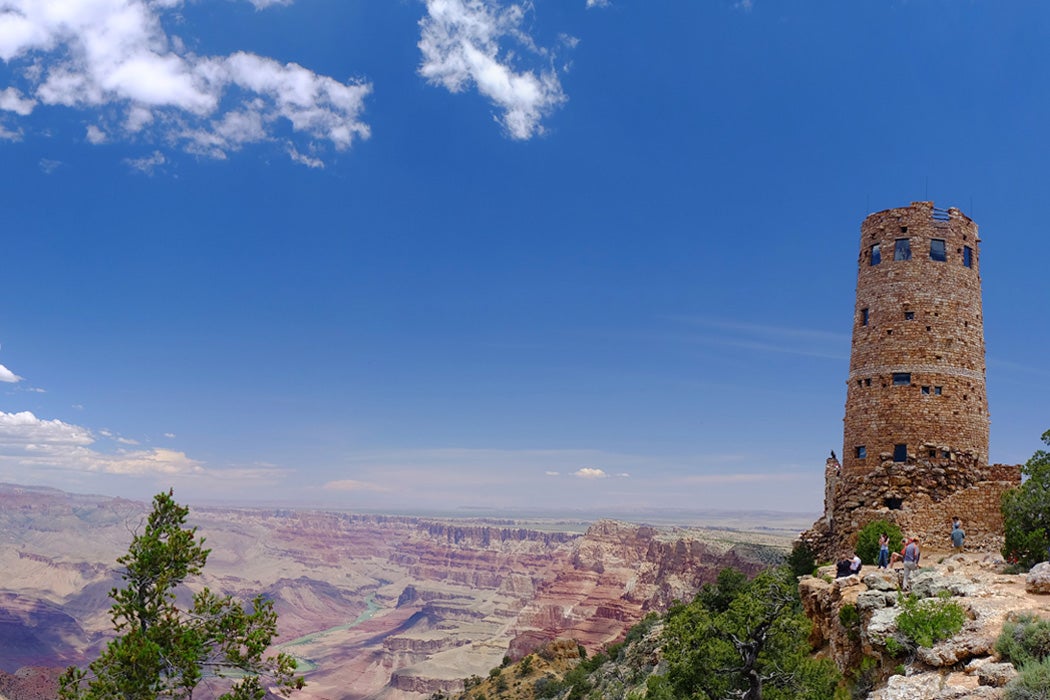 This year, the Grand Canyon is celebrating its centennial as a National Park. One architect’s designs still guide the visitor experience: the Hermit’s Rest, a snack bar huddled in an earth mound; the Phantom Ranch, with its rustic wood and stone cabins that welcome hikers and mule-riding guests at the bottom of the canyon; and notably, the ancient-looking Desert View Watchtower, which offers panoramic perspectives of the dramatic landscape.

These are joyous spaces to witness, enlivened by local materials and indigenous motifs, blending with the environment rather than dominating it. And they were all designed by architect Mary Colter.

Colter’s embrace of pueblo architecture over the previously popular Spanish Revival reverberated across the Southwest.

The Minnesota-born Colter studied at the California School of Design in San Francisco and was heavily influenced by the American arts and crafts movement, which prized traditional craftsmanship. “Colter’s exposition settings and concern for staged authenticity grew out of her California training, when she became ‘more interested in rediscovering the cultural heritage of the region than in imitating European styles’,” anthropologist Marta Weigle observes in Frontiers: A Journal of Women Studies.

Colter brought these passions to the field of architecture. She never seemed intimidated at the idea of working in the male-dominated profession. As Western writer Frank Waters recalled in 1950:

For years an incomprehensible woman in pants, she rode horseback through the Four Corners making sketches of prehistoric pueblo ruins, studying details of construction, the composition of adobes and washes. She could teach masons how to lay adobe bricks, plasterers how to mix washes, carpenters how to fix viga joints.

After working a few years for the Atchison, Topeka & Santa Fe Railway and Fred Harvey Company, which were developing tourist infrastructure on the Grand Canyon South Rim, Colter was named chief architect in 1910. Her embrace of pueblo architecture over the previously popular Spanish Revival reverberated across the Southwest. And her careful incorporation of buildings into the environment influenced new rustic structures throughout the National Park system.

“She understood that atmosphere was an essential ingredient in the experience that attracted travelers,” writes scholar Claire Shepherd-Lanier in the Journal of the Southwest. Travel to the Southwest was newly accessible through the expansion of the railroad, and Colter recognized that hotels, souvenir shops, and rest stops could immerse visitors in the novel experience by responding to the landscape. For instance, the fireplace in the 1935 Bright Angel Lodge represents the geologic layers of the Grand Canyon, from the river rocks at the hearth to some of the area’s youngest rocks at the top of the mantel.

Indigenous art and architecture were also major inspirations for Colter. She often involved local creators, such as Hopi artist Fred Kabotie who painted murals in the Watchtower. She featured then under-appreciated crafts, like Navajo sand paintings.

Because of her lookout points and telescope stations, people came closer to nature, but they viewed natural wonders from seats in authentic-appearing dining rooms and coffee-shops; traveled by mule-back in the Grand Canyon by day and slept in a bed with southwestern-style headboards by night; and watched Native artisans at work kneeling on wooden floors with log walls around them.

Colter’s 1905 Hopi House, built to sell Native American-made wares to Grand Canyon visitors, was modeled after Hopi pueblo dwellings. Corner fireplaces and basketry hanging from the ceiling contributed to a homey feel; the concrete floors were colored to give the impression of clay. The outside terraces, accessed by wooden ladders, even hosted indigenous artisans dressed in traditional clothing.

Architectural historian Rachel Leibowitz writes in Buildings & Landscapes: Journal of the Vernacular Architecture Forum that the Hopi House “engaged in a different kind of romantic fantasy: that of a timeless, precontact indigenous presence upon the land, pristine and undisturbed.” Many of Colter’s structures evoke a nostalgic fantasia of the Southwest, and it’s true that she wasn’t always entirely culturally sensitive. As Shepherd-Lanier states, “Colter found nothing irregular in poking a hole in a pottery jar in order to use it as a lamp or in chiseling away a portion of a petroglyph to ‘relocate’ it on the facade of one of her buildings.”

Colter’s legacy is complex. While she elevated indigenous culture through her architecture, at the same time, her designs commodified and idealized that very culture for tourist consumption. Still, she managed to make her mark as one of the few women to actively work in twentieth-century architecture.

Trading on Tradition: Mary Jane Colter and the Romantic Appeal of Harvey House Architecture
By: Claire Shepherd-Lanier
Journal of the Southwest, Vol. 38, No. 2 (Summer, 1996), pp. 163-195
Journal of the Southwest
Exposition and Mediation: Mary Colter, Erna Fergusson, and the Santa Fe/Harvey Popularization of the Native Southwest, 1902-1940
By: Marta Weigle
Frontiers: A Journal of Women Studies, Vol. 12, No. 3 (1992), pp. 116-150
University of Nebraska Press
"Wimmin Is Everywhere": Conserving and Feminizing Western Landscapes, 1870 to 1940
By: Glenda Riley
Western Historical Quarterly, Vol. 29, No. 1 (Spring, 1998), pp. 4-23
Oxford University Press
The Million Dollar Play House: The Office of Indian Affairs and the Pueblo Revival in the Navajo Capital
By: Rachel Leibowitz
Buildings & Landscapes: Journal of the Vernacular Architecture Forum, Vol. 15 (Fall 2008), pp. 11-42
University of Minnesota Press 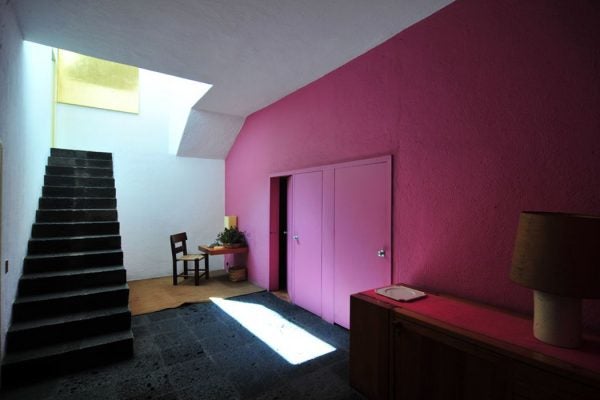 A tour of the Mexican modernist architect Luis Barragán’s house and studio reveals a surprise with a touch of the divine.