Makeup was associated with prostitution and vice until the early 20th century, when movie actresses’s cosmetics testimonials reached everyday women. 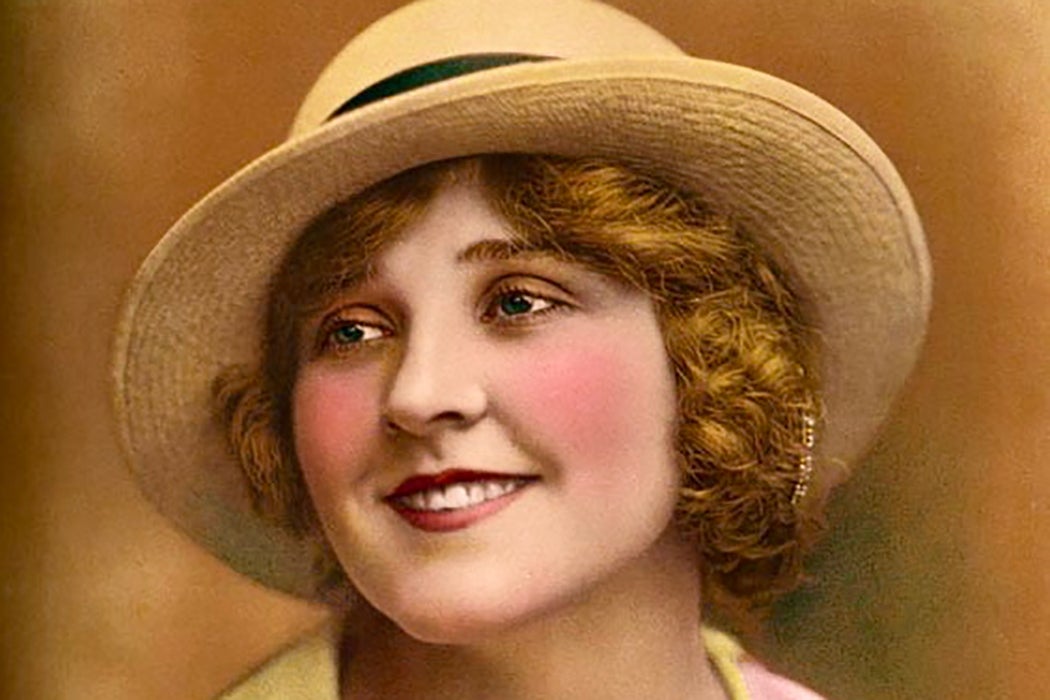 Anyone who regularly uses makeup, then goes without for a day, has likely heard the comments. “You look tired.” “Is everything okay?” Modern eyes are trained to see carefully groomed faces as indicative of “natural beauty.” Without the concealer, mascara, blush, and other products that constitute the “no makeup look,” it seems, an unpainted face can read as sickly or strange.

But what about the days when women didn’t wear makeup as a rule? Back then, women who “painted” were associated with prostitution and vice—until the very actresses accused of all that immorality turned around and taught us how to wear makeup. Theater scholar Marlis Schweizer digs into the history of cosmetics testimonials, which eventually set the stage for “natural” artifice.

Before the turn of the twentieth century, women who took to the stage were seen as promiscuous, fake, and unnatural, breaking from their rightful domestic sphere to expose themselves onstage. Their use of makeup was demonized as evidence that they had something to hide.

Early ads reassured American women that using cosmetics did not mean they were artificial or inauthentic.

By the 1910s, that was changing. “Actresses had graduated from social pariahs to trendsetters,” Schweizer writes. As the theater became more professionalized, the public took actresses more seriously. Several high-profile actresses had become respectable in the eyes of the public by marrying wealthy society scions. Now, actresses were seen as desirable—and they were more than ready to help cosmetics companies sell their wares.

When actresses addressed the public in testimonial advertisements, writes Schweizer, they projected an inauthentic “truth” to readers who assumed they endorsed products they used themselves. This “reality” lent a seductive cast to their ads, and women whose lives were all too real were excited to emulate their favorite actresses’ routines. At first these testimonials focused on creams and powders. Eventually, actress testimonials helped convince women not just to invest in skincare, but to experiment with makeup.

Actresses used the ads as a way of promoting themselves while earning a profit. They were keenly aware of how the ads would shape their reputations, and poured time and effort into ensuring the images that accompanied their testimonials were to their liking. At first, actresses were in control. But over time, advertisers tried to wrest away control, hooking them into restrictive contracts and trying to keep them from working with other advertisers.

The ads reassured American women that using cosmetics did not mean they were artificial or inauthentic, solving one of the industry’s most pervasive problems. They also helped usher in a new, more democratic concept of beauty as available to anyone who could afford to buy it. Before, people who weren’t beautiful had been considered morally defective; now, people who weren’t beautiful were seen as having fallen down on the job by not bothering to improve themselves.

Actress testimonials convinced audiences that cosmetics created a “natural” look rather than hiding a woman’s natural beauty. “A ‘natural’ beauty was no longer the woman who eschewed cosmetics,” Schweizer concludes, “but rather the woman who embraced them.”