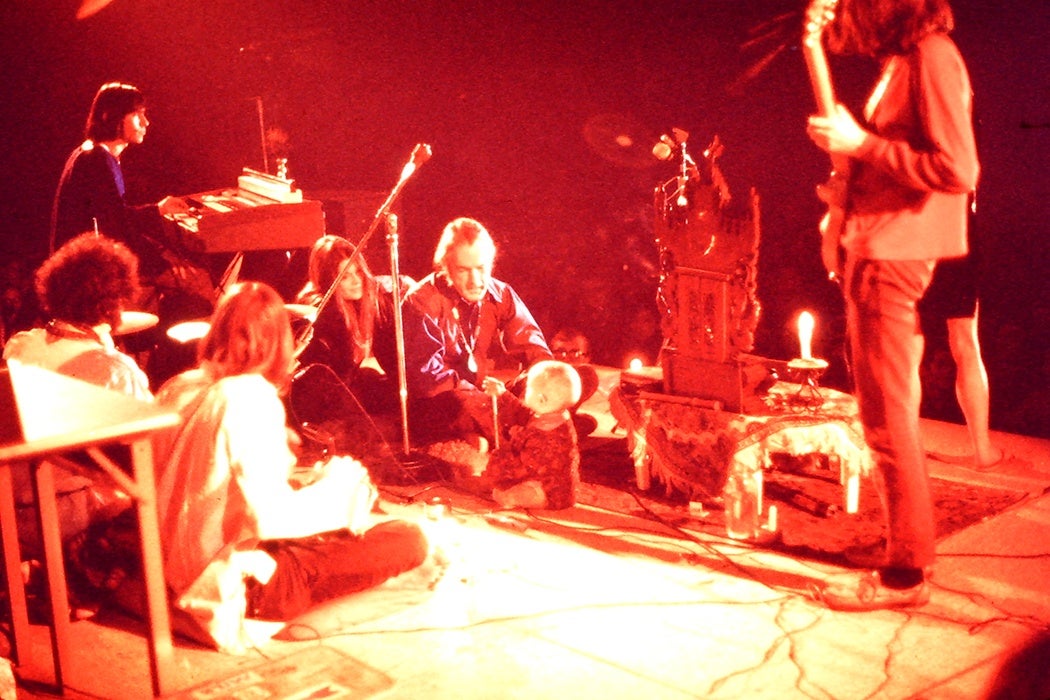 Preliminary studies in recent years have suggested that psychedelic drugs like LSD and the “magic mushroom” derivative psilocybin have potential for treating conditions like PTSD, addiction, and even fear of death. One reason there isn’t more evidence on this is that research on these drugs was almost entirely shut down for decades, partly as a result of the wildly unprofessional behavior of early researchers.

In a 2011 paper from Nova Religio, Devin R. Lander recounts how two of the most famous psychedelic researchers of the 1960s, Timothy Leary and Richard Alpert, went from teaching at Harvard to acting as spiritual leaders.

Starting in 1960, Leary and Alpert experimented with the drug’s effects on prisoners, graduate students, and artists. The lines between psychological research and mysticism in this work were blurry: Leary described his own first experience with psychedelic mushrooms in 1960 as “above all and without question the deepest religious experience of my life.”

In 1962, Leary and Alpert worked with divinity graduate student Walter Pahnke on what became known as “The Good Friday Experiment,” a double-blind test in which they gave psilocybin to divinity students. Ninety percent of the subjects who were given the drug said they had a deep religious experience, compared with 10 percent of those given a placebo.

But, around that time, other Harvard faculty members began to question the research. Leary and Alpert had been using the drug along with their patients, both in and out of the laboratory, and otherwise demonstrating little regard for established scientific practice. Leary stopped attending his classes in 1963, and Harvard terminated his contract. A few months later, Alpert was fired for giving psilocybin to an undergraduate student.

After leaving Harvard, Leary, Alpert, and other psychedelic researchers set up short-lived psychedelic centers in Mexico and then the Caribbean, before moving the operation to Millbrook, New York. With the help of three wealthy young siblings, they rented a 64-room mansion for a nominal fee and used it to continue advocating for and experimenting with psychedelics.

Alpert left Millbrook in 1965 and, in 1967, traveled to India where he studied Eastern spirituality and took the name Ram Dass. In 1971, he published his bestselling book Be Here Now about his spiritual quest.

Meanwhile, by 1966, Leary was describing his operation at the Millbrook estate as “an unpopular religious and social movement, much like the Mormons.”

Lander notes that labeling his work religious could be seen simply as a ploy to avoid legal consequences for his drug use and advocacy. He writes that Leary’s statements on the subject could be confusing and self-contradictory at times. But, clearly, spirituality was a major part of both Leary and Alpert’s public personas.

Today’s psychedelic researchers are far more attentive to the scientific method. Still, one thing that makes these experiments tricky is that they induce intense experiences that many subjects identify as spiritual, and we are used to keeping those realms very separate.