German expressionism–imported to Hollywood by Jewish exiles–brought a lasting tradition of shadows, duality, and mirroring to mainstream American cinema. 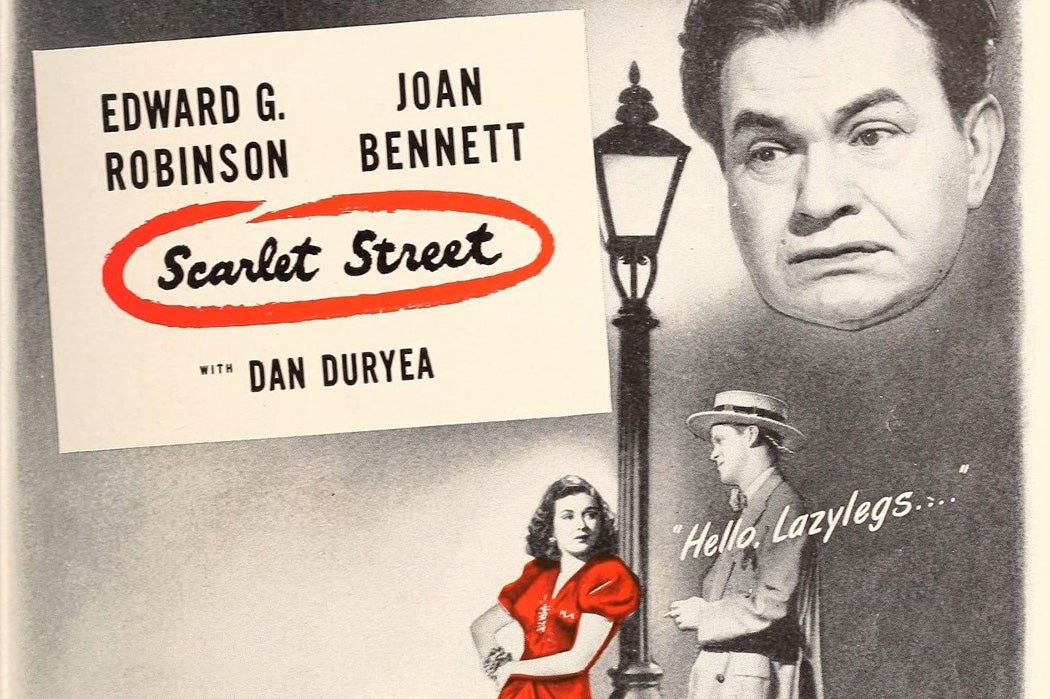 Fritz Lang arrived at his meeting with Joseph Goebbels nervous and well-dressed. As he made his way to the appropriate office in the Ministry of Propaganda, uniformed guards asked him for his papers at every turn. They were bigger than him, and they had guns.

When he was finally ushered into the long room where Goebbels sat behind a desk, Lang hoped this was an opportunity to appeal the ban on his film The Testament of Dr. Mabuse. It was not. Goebbels and Adolf Hitler had seen some of the director’s other films, and they had a job offer. Lang would be in charge of all Nazi propaganda films, effective immediately. They were willing to overlook the fact that his mother, though a practicing Catholic, was born Jewish.

Lang graciously thanked Goebbels for the position. When the meeting ended, he went home, asked his servant to pack a bag, and left Germany that night. He never returned.

Or at least, that’s the way Lang described his escape from Nazi Germany. Although historians have poked holes in the tale—most notably the part where he never visited the country again—Hitler’s rise to power forced many Jewish creatives to make quick getaways. Hollywood became a haven for these exiled filmmakers, whose distinctive style made a lasting impression on American film, particularly the noirs and mysteries that dominated the 1940s.

Before the Nazi Party seized control, Germany boasted a visionary film scene. The movies coming out of the Berlin-based studio Ufa, including Lang’s Metropolis and Josef von Sternberg’s The Blue Angel, attracted international attention and American studio contracts. Before 1933, Hollywood had already persuaded several German writers, directors, and stars to move to California. But when Hitler became chancellor, the migration became less about opportunity and more about survival. For example, the day after the Reichstag fire, the Austrian film director Billy Wilder put money in his hat band and took his girlfriend to Paris, where they lived in a hotel that also housed fellow refugee Peter Lorre.

They brought their aesthetic with them: Lang, Wilder, and other Jewish exiles were students of a unique film style that soon pervaded Hollywood. German expressionism was a movement characterized by dark shadows, disorienting angles, and mirrored or distorted identities. You might say it had a tenuous grip on reality. Many expressionist films toy with the protagonist’s sanity, offering stories that may be dreams or hallucinations. According to film scholar David Fine, these themes of hysteria, deception, and duality were a reflection of the complicated German mindset following World War I. Scholars, Fine writes, have interpreted the expressionist films produced under the Weimar Republic as “delineating postwar Germany society and the German soul—its humiliating defeat in the war, its high inflation and unemployment, its riots, strikes, and civil violence, and, in larger terms, the tyrannical abuse of power.”

This style was apparent in the pulpy noirs that flourished in mid-to-late 1940s Hollywood, many of which were directed by German filmmakers. Wilder’s Double Indemnity is often considered the quintessential noir, a nasty tale of an affair that turns murderous. Otto Preminger, an Austrian-Jewish director who arrived stateside in 1935, also followed in the expressionist mold with Laura and Fallen Angel.

Lang’s Scarlet Street clearly displays the influence of expressionism. The noir concerns a middle-aged amateur artist, Christopher Cross, who becomes obsessed with a young woman named Kitty. She has a boyfriend, but needs money, so she strings Cross along for a big, expensive apartment. It’s here where the expressionist theme of duality is on clear display. As Fine writes: “Mirrors… hang on all the walls of Kitty’s apartment, replicating the human figures in reflection, distancing and disorienting us, calling our attention to role-playing and insubstantiality.”

This motif continues when Kitty claims Cross’s paintings as her own, introducing a duality of artists: the famous one beloved by critics (Kitty) and the true artist doomed to obscurity and failure (Cross). When Cross eventually kills Kitty, he hears her voice incessantly in his head, spurring another break from reality.

But Lang and his compatriots offered much more than moody tales of murder. The few interventionist (in the sense of supporting the U.S. entering World War II) films made in Hollywood before 1941 often carried German screen credits—Wilder for screenplay on Arise, My Love, Lang for direction on Manhunt. Their impact would echo long after World War II ended, imparting an expressionist darkness and cynicism that pervades so many movies of the classic film era—a sensibility that could only come from a tragic point of origin.

From Berlin to Hollywood: Echoes of Expressionism in Fritz Lang's "The Woman in the Window" and "Scarlet Street"
By: David Fine
Literature/Film Quarterly, Vol. 35, No. 4 (2007), pp. 282-293
Salisbury University