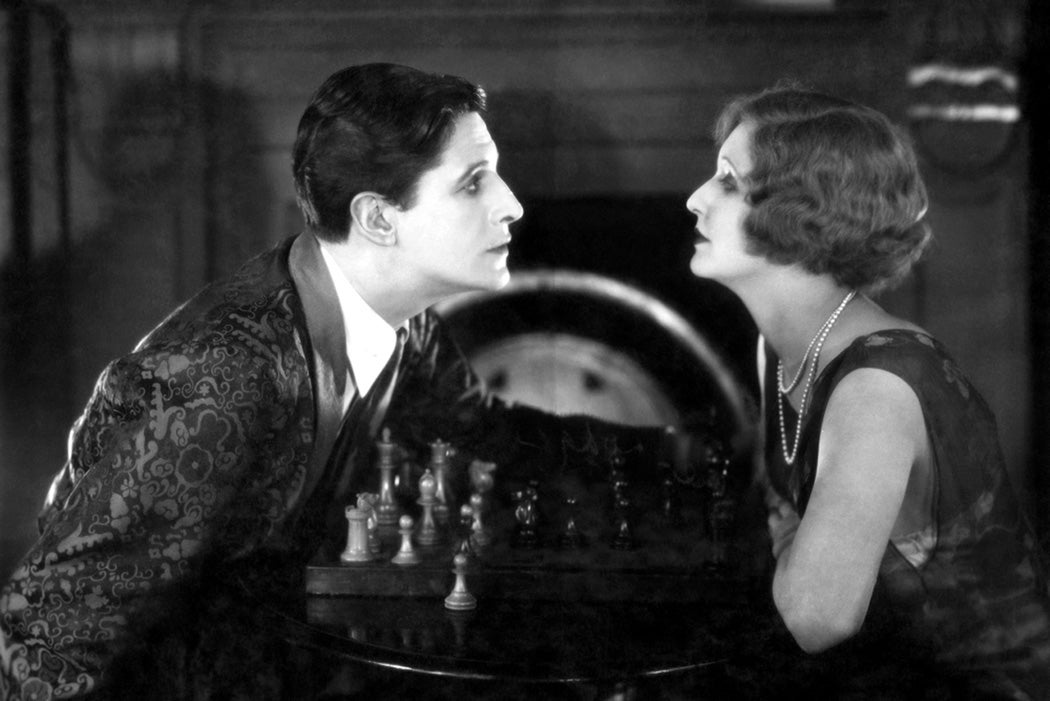 In 1935, London Observer critic C.A. Lejeune wrote, “Alfred Hitchcock is the first national institution, along with the ‘Cheshire Cheese’ and the Savoy Grill, that itinerant American journalists demand to see.” The director had, by that point, helmed 20 feature films overseas, highly stylized hits that had turned him into an object of fascination for the U.S. press, which never failed to highlight his foreign difference.

“The diction of the players is very English, but none the less pleasing and suitable to the chronicle,” The New York Times noted in its review of Hitchcock’s Blackmail, his first feature-length “talkie” to hit England. The photography, the paper lamented, “was seldom up to American standards.” When Hitchcock visited New York in 1937, the Times spent an entire paragraph relaying the origins of British rhyming slang, which the director explained over brandy at the 21 Club.

Hitchcock would transition from British curio to Hollywood institution in 1939, when he signed a seven-year contract with David O. Selznick. But Hitchcock was clearly an established filmmaker with a long list of credits before his move to L.A. The movies he made in England contain themes and stylistic choices that he frequently revisited, but they also stand apart for their comic tone and uniquely British preoccupations with class, international conflict, and cricket.

Though it was his third feature, The Lodger is often considered Hitchcock’s “first” film as a director, since it is his “first work of suspense,” in the Hitchcock scholar Lesley Brill’s estimation. The movie finds a serial killer loose in London, targeting young women with “golden curls.” When a mysterious lodger takes a room with the Bunting family, the parents fear he may be the killer—and that he’s planning to claim their daughter Daisy as his next victim. As Brill writes, The Lodger includes several recognizable Hitchcock trademarks: a love triangle involving one obvious Mr. Wrong (Daisy, her cop boyfriend Joe, and the lodger), voyeurism (through the public obsession with the murders), and “the vulnerabilty of the unprotected to misdirected erotic energies” (seen in the young victims of the killer).

Hitchcock stages a “self-conscious treatment of the mystery genre.” He knows all the tropes and stuffs his film with them only to subvert expectations, making the incredibly suspicious lodger into a romantic hero in a twist ending. The Lodger is seemingly a blueprint for the rest of Hitchcock’s filmography, right down to its obsession with blondes (though not the “icy” ones Hitchcock is more commonly associated with). Echoes of familiar themes can also be found in Hitchcock’s subsequent British films. The haphazardly matched couple who must solve a mystery together appear in The 39 Steps and The Lady Vanishes, while both Blackmail and The Man Who Knew Too Much include climatic setpieces at a famous landmark.

Yet these movies often carry a different tone than the terrifying Bernard Herrmann-scored thrillers that Hitchcock would make in America. Although Hitchcock’s sense of humor is a constant in these Hollywood films, it’s more pronounced in the British films, which can feel more like comic capers than slasher flicks. As Nathaniel Rich argues over at Slate, The Lady Vanishes initially resembles a “comed[y] of manners,” with “much of the first third of the film unfold[ing] as typical British farce,” as beleaguered travelers assume awkward, cramped corners at an overbooked inn. Hitchcock takes this even further with Champagne, a straightforward comedy about a spoiled rich girl who learns a lesson from her manipulative father. Champagne eskews murder, espionage, and intrigue for jokes about the heiress’s terrible cooking and extravagance — in the opening, she crashes her father’s plane to “catch” a cruise ship her boyfriend is aboard — ultimately building to the classic comedy ending: a marriage.

The British Hitchcock films are also notable for the regional references that disappeared when the director changed locations. When a seemingly genial English-speaking soldier boards the train in The Lady Vanishes, for instance, he mentions that he “was at Oxford.” Knowing something his peers do not, the male hero Gilbert breaks a chair over the soldier’s back. As they stare at him in shock, he quips, “Well I was at Cambridge.” That film also features a pair of men so ridiculously consumed with cricket that they can’t be bothered with a disappearing woman. Viewers saw a bit of the “stiff upper lip” so associated with Britain in these films as well, particularly in the 1934 The Man Who Knew Too Much. “Steady old girl,” Bob Lawrence assures his wife Jill after they get off the latest phone call with their child’s kidnappers.

Perhaps the film that best negotiates Hitchcock’s transition from London to Hollywood was his second American effort, Foreign Correspondent. The film was released in 1940, when Great Britain and the United States had distinctly different opinions on World War II. It opens with a title card praising foreign correspondents as “those forthright ones who early saw the clouds of war while many of us at home were seeing rainbows.” The movie then focuses on John Jones, a New York crime reporter sent abroad by his editor to cover growing tensions in Europe. He arrives a skeptic, but becomes a true believer, eventually urging his complacent fellow Americans to wake up in a live broadcast from blitzed Britain. John Jones may as well have been Hitchcock, a newly minted LA resident preaching to his audience from the pulpit of the soundstage, who couldn’t forget where he came from. 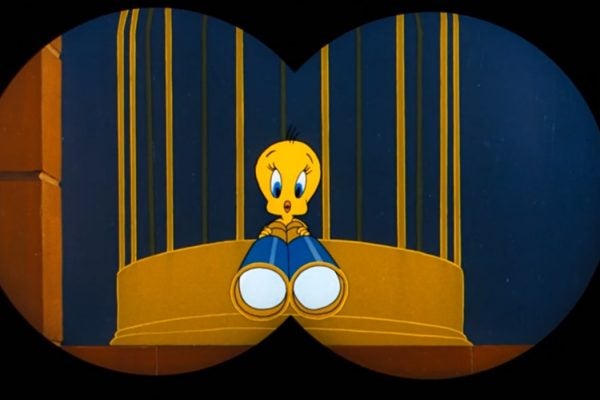 How a classic Tweety Bird cartoon became a mainstay in linguistics research.