How headlines have changed as media has evolved — and how they haven’t. 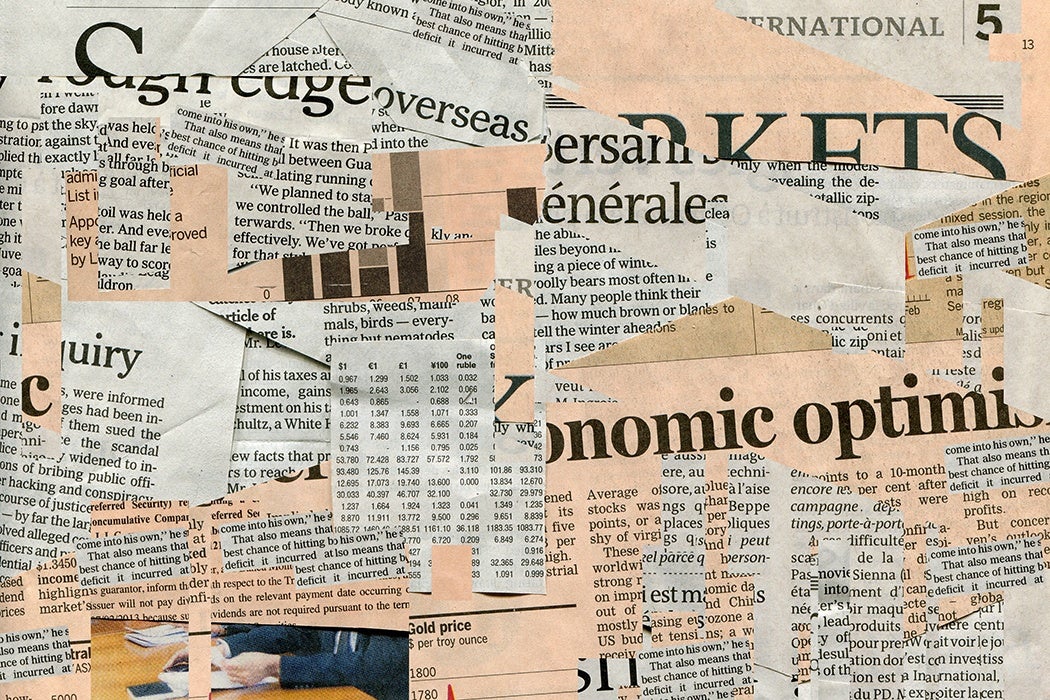 Consider the headline: a bunch of words carefully crafted to grab your attention when you least expect it… and then entice you to spread it far and wide, sometimes in spectacular viral fashion. And that’s just for starters. Before you even get to all the news that’s fit to print, the headline is already way ahead of you, with succinct and surprising spoilers—that can only really be understood if you click. By the time you read a headline, you may already have become incensed by provocative questions, been amused by puns and wordplay or have had your faith restored in humanity by viral clickbait.

In an online age where attention spans are worn thin by information overload, these are remarkable feats for a bunch of words, yet headlines get little respect around here. From titillating tabloid titles to clickbait chicanery, headlines these days have often been derided as the empty calories of information, sensationalist trickery, “the art of exaggerating without actually lying” as Otto Friedrich put it.

Why do we even pay so much attention to headlines, when millions are made up and forgotten every day? Some are more memorable than others (particularly when clever wordplay is involved), yet good or bad, there is a common language of headlines. Visual placement aside, there’s a long history to how humble copy editors have developed the weird linguistic tricks that intrigue, shock, and amuse an otherwise cynical audience. What you’ll learn may surprise you (or not).

From tabloids to broadsheets, there’s definitely a dubious art to composing effective headlines, whether the story is a jubilant (“VE-Day – It’s All Over,” “Men Walk on the Moon“), rather grim (“Beatle John Lennon Slain,” “Hitler Dead“) or unusual (“Radio Fake Scares Nation“). In “Headlines: The Unappreciated Art,” Lynn Ludlow shows how the headline, considered an American invention, has moved from relatively benign or literal news captions (“The CONTINUATION of our weekly Newes, from the 24 of February to the 2 of March“, from one of the first London newspapers in 1625) to large lettered, urgent, staccato headlines such as “IMPORTANT. Assassination of President Lincoln.” (New York Herald, 1865).

Headlines use an expressive, “connotation-rich” vocabulary to get our attention.

By the end of the 19th century, editors had started playing around with the language of headlines, switching over to using the present tense in headlines, even for events past, and promoting verbs, making action seem more immediate and palpable. A headline like “FIRES GEN. M’ARTHUR,” (Chicago Tribune, 1951) fires on both of these cylinders, making the verb more prominent by removing the guy doing the firing altogether (a no name, no doubt), and making the action happen right NOW, as you’re reading it. Hurry and read, before the action ends!

Art form or not, short and sweet titles are often hard to figure out. Take a confusing example like “Dead Baby Names Racket,” which could be read a few ways, one much odder than the other (though who are we to question what dead babies like to name in their spare time?). It holds your attention because you read… and then have to reread. Short form headlines assume a lot of reader knowledge (who is Beatle John Lennon for instance?) to be understood, placing readers even closer to the news. We can see that headlines certainly don’t use language the way we might expect but their weird telegraphic forms still seem to condense and convey all the necessary information to readers. Headlines are often better understood and appreciated once stories are read, yet their powers of attraction are very much hinged on readers being able to anticipate what the headlines are referring to and develop some kind of emotion with respect to a story they haven’t even read yet. Once readers are curious enough to be led down the garden path and click/read, the headlines have won. How do they do this?

Linguist Deborah Schaffer shows that in lieu of real news or a respectable reputation, tabloids often make liberal use of “headlinese” to sensationalize stories. This means using an expressive, “connotation-rich” vocabulary that is attention-grabbing and promotes curiosity and a strong emotional connection for the reader, unsurprisingly, similar to advertising language, since “the average newspaper is simply a business enterprise that sells news and uses that lure to sell advertising space” (Otto Friedrich). Words like “sex,” “scandal,” “sizzling,” and “weird” can be used to sell anything, even if they’re unlikely stories like “Surgeon, 70, Makes 11 Nurses Pregnant,” “Marie Osmond puts her 5-yr-old son to work—and church is outraged,” “Lonely UFO Aliens Are Stealing Our Pets,” and “Michael J. Fox Outrages Hotel Guests During His Bizarre Island Honeymoon.” Readers are brought closer to the news in tabloid journalism, given a personal interest, asked to feel sympathy for the “heartbroken” in “tragic” circumstances, who may often be people we know intimately, on a first name or nickname basis—such as celebrities, our dear friends: “Test-Tube Baby for Burt & Loni: Friends Say It’s in the Works.”

You might also notice one weird trick (or several) from these tabloid headlines, moving to longer, conversational sentences that often contain “pseudo-quotes,” and emphasizing emotion and curiosity, that have been picked up by another type of headline.

Enter clickbait, the scourge of the internet. No one likes clickbait, and for good reason, but it’s surprisingly effective at generating viral interest, fast, which is exactly what news publications like. You’ll be outraged at the five or six different ways clickbait actually resembles regular headlines, and vice versa, and it will change everything. Until it doesn’t.

Because of its propensity to generate clicks on poor quality, empty, or fake content, clickbait has been seen as a kind of headline spam, so much so that Facebook plans to save your clicks by detecting the clickbait patterns that outrage us, and banning it forever.

However, while clickbait can take certain obvious linguistic forms that quickly grow ineffective once the trick is known, it’s still constantly evolving in the ways it makes use of language to attract attention, so much so that it’s often hard to define what kinds of headlines count as clickbait headlines. Clickbait, popularized by Buzzfeed (which denied ever using it) and Upworthy (which apologized for it), is problematic because it’s seen as manipulative, promising sensationalized content that it doesn’t deliver on. The backlash against the most obvious kinds of clickbait patterns has been almost universal, with Buzzfeed confidently claiming that “clickbait stopped working around 2009” and everyone else agreeing that clickbait, like any other kind of obvious cheap trick to claim your attention to sell something, is annoying.

Clickbait headlines try to build a relationship with the reader, anticipating how we might feel.

Meanwhile, it appears something must be working with the actual linguistics of clickbait, because more and more mainstream news publications have been observed using clickbait styles, such as NPR’s “The World’s Most Trafficked Mammal Is One You May Never Have Heard Of.” Readers do click on these headlines, and when they find real or satisfying information, they might even engage and share the news. When used on actual news content, it seems that clickbait headline conventions can be a powerful force for the news. At least until Facebook bans NPR and others who make use of these linguistic patterns, that if anything, appear to be part of the natural evolution of headlines.

So what is it about clickbait language that’s so special, given that it looks quite like the tabloid headlines of old? Clickbait headlines have a few different ways to grab your attention. Like tabloids, clickbait titles have become more conversational and less telegraphic, which promotes the human, emotional angle. Where a tabloid headline might reveal “…and church is outraged” or “Michael J Fox Outrages…“, in a clickbait headline the experiencer of emotions becomes us, which is as close to the news as you can get: “you won’t believe what happened next,” “…you may never have heard of,” “… will surprise you…” The news builds a relationship directly with the reader, by anticipating how we might feel or what we might know about a situation and giving us a personal stake in the story.

Clickbait exploits what’s known as the curiosity gap, with just enough information to anticipate what the story might be about, which entices readers to click on the link to find out more. According to a 2015 study by researchers Blom and Hansen, one of the ways this is done is very simply through forward referencing to lure in readers. For example when we use a pronoun like he or she, it usually refers to a noun that’s been mentioned before, such as John or Mary (Mary read a book. She liked it). But for successful clickbait headlines, it’s reversed to great rhetorical effect (She did it, she read a book). Forward referencing is a cataphoric concept that promotes the mysterious, in which pronouns and pointers are mentioned in advance, and we only find out later what they refer to, adding to the suspense through a simple act of language. One of the main ways clickbait does this is to refer to words like “this“: “This is what racism looks like. (It will shock you).” And we can only uncover the curious mystery of what “this” is and how “it” will shock you, by clicking through to the story.

What we’ve seen is that headlines, whether they cover the news or just pretend to, have evolved in their language use to engage readers in increasingly complex ways (even if they are sometimes frustrating). Clickbait, though much hated because it wastes readers’ time, is yet another development in the evolution of headlines. From breathlessly truncated descriptions of news events, to clever, memorable wordplay to a much more connotation-rich emotional language that teases out our human curiosities, headlines, far from just being a mere introduction to the news of the world, are a story in themselves. 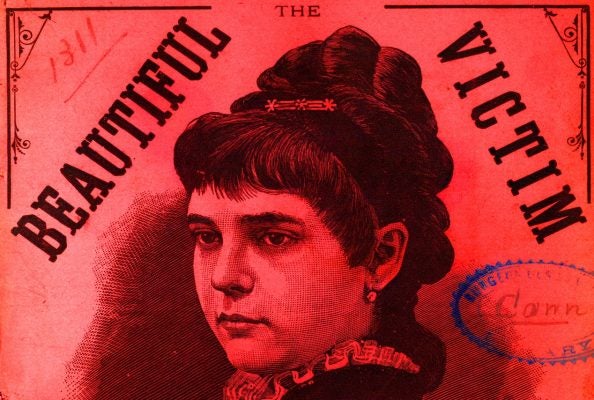