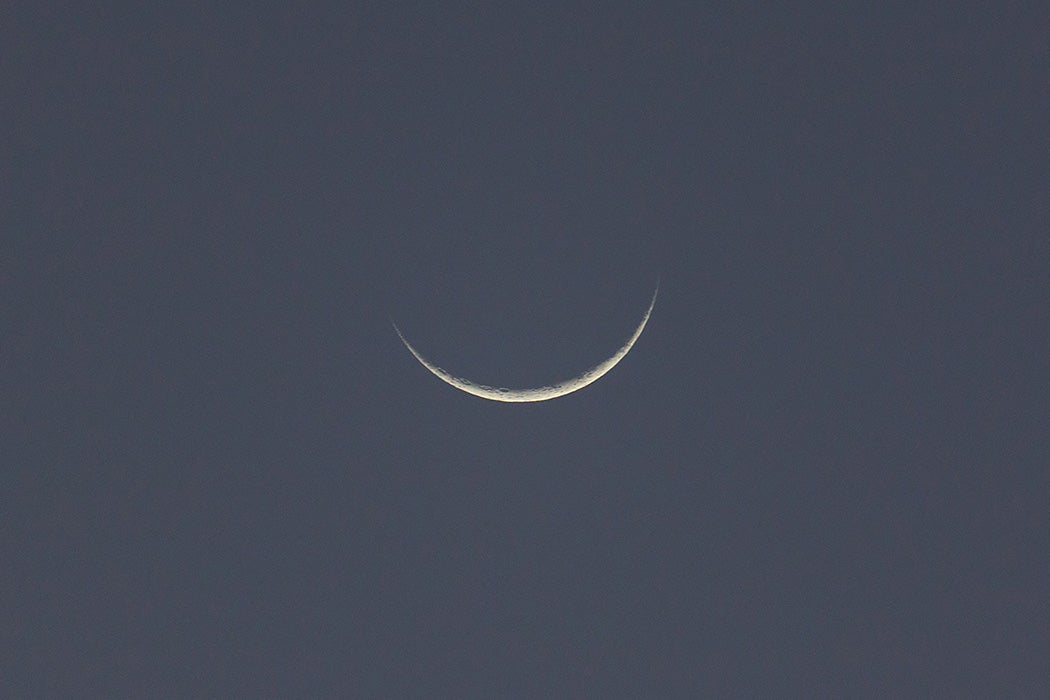 Jews worldwide will soon observe Rosh Hashanah, the Jewish New Year, and Yom Kippur, the Day of Atonement. But on what evenings will those holidays begin?

Much of the world lives—or at least conducts business—according to the Gregorian calendar, which was introduced by Pope Gregory XIII in 1582 as a “corrective” to the Julian calendar. But the Jewish (Hebrew) calendar sets the dates for the High Holy Days. As physicists Solomon Gartenhaus and Arnold Tubis explain, while the annual arc of the Jewish calendar runs parallel to that of the Gregorian (the four seasons, determined by Earth’s position relative to the Sun, begin on the the same date in both calendars, for instance), the Jewish calendar is also synchronized in a unique manner with the lunar cycle.

Regardless of the date according to the relative positions of Moon, Sun, and Earth, the first day of the new year (1 Tishri) can only fall on Monday, Tuesday, Thursday, or Saturday.

Adding another layer of complexity are externally imposed theological constraints. For instance, regardless of the date according to the relative positions of Moon, Sun, and Earth, the first day of the new year (1 Tishri) can only fall on Monday, Tuesday, Thursday, or Saturday.

As Gartenhaus and Tubis point out, designing a calendar that faithfully reconciles solar and the lunar cycles while addressing theological restrictions seems at first glance to be a very formidable—if not impossible—task. They offer at least eight points that need to be addressed for such a calendar to work. To wit:

The accounting isn’t perfect, however. To make the numbers add up properly, “the individual years in each such cycle are divided into one of two types: 12 ordinary years each of 12 months and the remainder of 7 leap years each consisting of 13 months.”

In other words, to reconcile the differences between the solar and lunar calendars, out of every nineteen years, seven need to be leap years with an extra (thirteenth) month of thirty days.

Although derived in part from the ancient Babylonian calendar, this version of the calendar is a relatively new construction. A group of three Jewish leaders, the “Calendar Council,” created the now fixed calendar around 350 CE, or 4110 in the Jewish system. (To determine the year of the Jewish calendar, add 3,760 to the year of the Gregorian calendar if before 1 Tishri; add 3,761 if after 1 Tishri. The current year is 5782.)

Gartenhaus and Tubis explain that one of the main objectives of the Calendar Council was to ensure that the first day of each month aligned with the new Moon, keeping the seasons in step with the lunar cycle over long periods. The Council waited to hear from witnesses as to when a new Moon was spotted.

“The Council would interrogate these witnesses, and if it were confirmed that they had indeed seen a growing crescent moon, for example, and not a waning one and so forth, the 30th day of the given month would then become the first day of the new month,” they write. The council thus fine-tuned the calendar, adjusting the number of days in each month from twenty-nine to thirty and back again to match the new Moon’s arrival.

“In this ad hoc way, it was possible for the months of the year to remain faithful to the lunar cycle while at the same time satisfying the second requirement, of consistency with the seasons.”

Over centuries, the Jewish calendar has been regularized; an ordinary year has twelve months; the leaps years have thirteen, each with a predictable number of days. Whether a leap year or not, the new year (1 Tishri, Rosh Hashanah) begins on the day the new Moon appears. But remember those theological restrictions mentioned above? Since Rosh Hashanah must fall on Monday, Tuesday, Thursday, or Saturday, the formal beginning of the new year must wait a day, or even two, for recognition if the new Moon appears on the wrong day of the week.