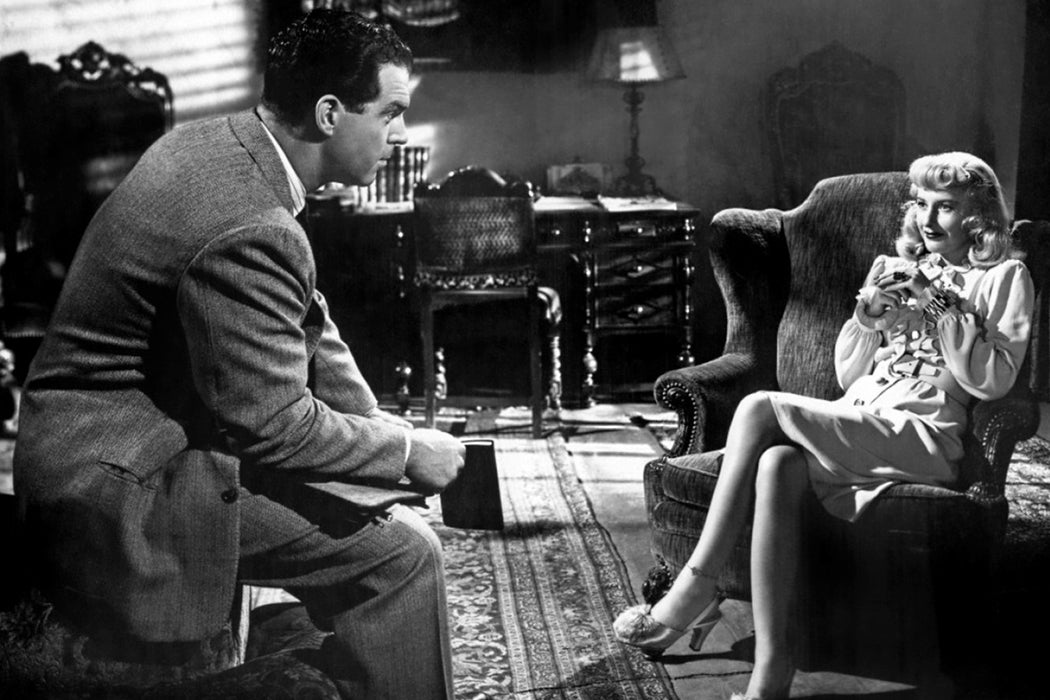 A Still from Double Indemnity, a 1944 film based on the real life Ruth Snyder case.
via Wikimedia Commons
By: Matthew Wills
3 minutes
Share Tweet Email Print

It may be the most famous tabloid photograph of all time: Ruth Snyder in the electric chair at the moment of her electrocution. The image was taken in Sing Sing prison with a camera strapped to photographer Tom Howard’s ankle. It was on the cover of the New York Daily News the next day, January 13, 1928, under the banner headline “DEAD!” The issue sold out in fifteen minutes.

The literary scholars V. Penelope Pelizzon and Nancy M. West marvel that the tabloid papers covering Snyder’s case ran “as many as eight articles a day in various extra editions.” New York then had a trio of tabloids: The Daily News, the Daily Mirror, and the Evening Graphic—called the “Porno-Graphic” by its detractors. All three covered the Snyder-Gray murder case for almost a year. Loose journalistic standards were in place; the Graphic, for instance, pasted pictures of Snyder’s and Gray’s faces onto actor’s bodies in staged photographs, which they called “composographs.”

Pelizzon and West note that contemporary news better remembered today—Lindbergh’s solo transatlantic flight; the trial of Sacco and Vanzetti—was drowned out by fabricated articles about, as a typical News feature had it, “Ruthless Ruth, the Viking Ice Matron of Queens Village.”

Queens housewife Ruth Snyder conspired with her married lover Henry Judd Gray, a corset salesman, to murder her husband, Albert Snyder. The killing was brutal and amateurish. They attempted to stage the death as the work of robbers. The killers hoped to cash in on a double indemnity insurance policy taken out on Albert Snyder’s life without his knowledge. (The insurance salesman in on the fraud would eventually be jailed for forgery.) Ruth Snyder confessed almost instantly and blamed Gray. Gray retorted that she put him up to it. They were both electrocuted the same day, but there was no picture of Gray in the chair—and, besides, he was no lady.

All the elements that tabloids had taught people to expect were found in the Snyder/Gray story.

For the tabloids, the story had it all: adultery and murder; murderous lovers turning on each other; the pathos of nine-year-old Lorraine Snyder made parentless. The reality was more mundane and sordid, of course, but, as Pelizzon and West point out, the tabloids were very much entertainment media. The tabloids—the Daily Mirror’s very first issue had promised readers 90% entertainment, 10% information—forced the story into a pre-existing genre of tabloid journalism, sexing it up.

All the elements that tabloids had taught people to expect were found in the Snyder/Gray story: “the femme fatale, the psychological portrait of the criminal, the first person confession, and a determinedly fatalistic point of view.” Then there was the moralistic denouement: justice served, the comeuppance in the “the chair.” The audience got to thrill to transgression and then watch, almost literally in the case of the famed photograph, as justice was supposedly served.

If this sounds familiar, especially that double indemnity insurance angle, it’s because James M. Cain used the case as the inspiration for his 1943 novel Double Indemnity. Cain was working as an editorial writer at the New York World during the trial. His fictional version of the story was the basis of the 1944 movie of the same name. Directed by Billy Wilder, written by Wilder and Raymond Chandler, it starred Barbara Stanwyck, Fred MacMurray, and Edward G. Robinson, and is now considered a quintessential film noir.

The real case ended with two executions. Cain’s novel ended with a double suicide. The movie version ended with both protagonists shooting each other. The movie was supposed to end with an execution, in a death chamber set that reportedly cost the studio $150,000. This scene was cut after protest from Hollywood’s in-house censorship office, which called the scene “unduly gruesome.” 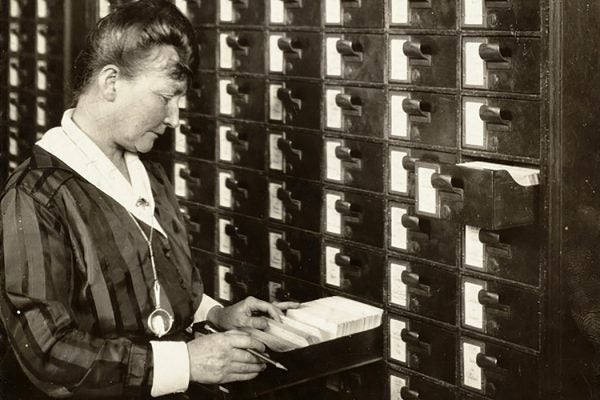