A Brief History of the Yazidis of Iraq 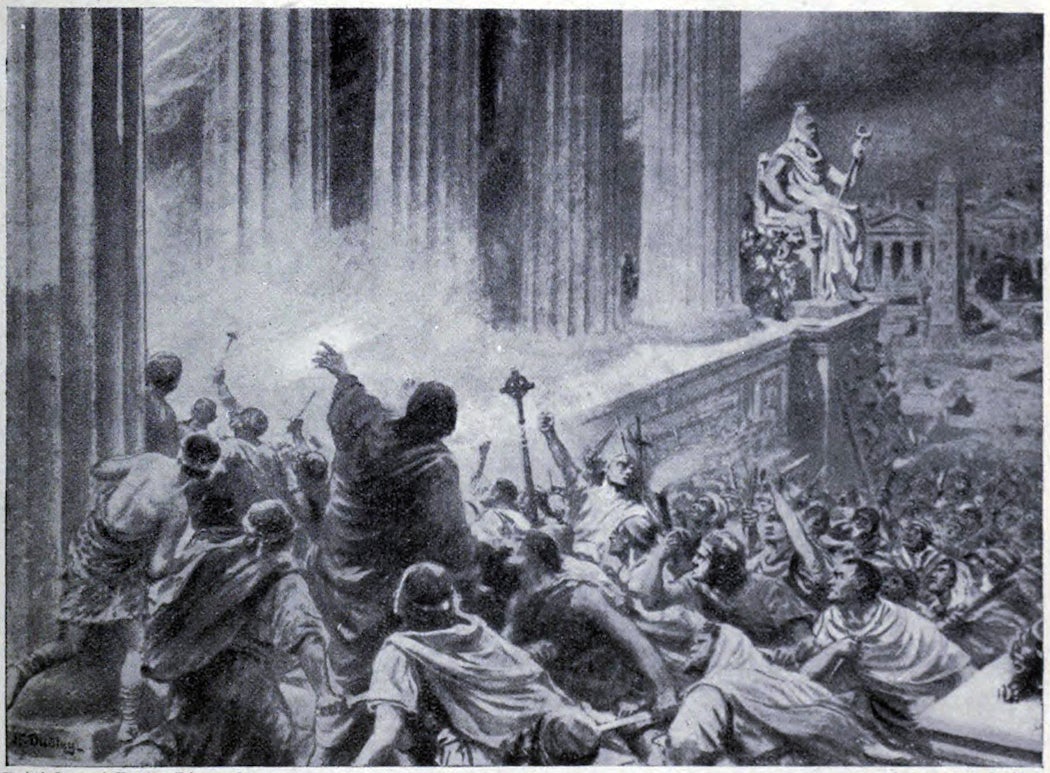 From the Christian mob’s destruction of Sarapeum in Alexandria in 391 CE to the Taliban’s 2001 dynamiting of 6th century Buddha monuments at Bamiyan, Afghanistan, intolerance of religious “idolatry” has violently severed visceral connections to the humanity’s past. Recent weeks in northern Iraq have again seen fundamentalists exercising the kind of zealotry that leaves monuments of inestimable historical value in ruins. Moreover, with last month’s gut-wrenching news story of the Yazidi Kurds (alt. “Yezidi”) the Islamic State (ISIS) drove en masse from their homes and trapped on Mount Sinjar, this new manifestation threatens to exterminate a people who engender a living connection to pre-Abrahamic history.

ISIS has destroyed treasures of antiquity in its wake, not least the Mosque of Yunus, aka the Jewish prophet Jonah. The historical Yunus, as deconstructed by Louis H. Feldman in the AJS Review, undertook a diplomatic mission for his homeland to Ninevah, the once-great Assyrian city just across the Tigris from present-day Mosul. Once a Nestorian Church built on what locals believe to be the burial mound of Yunus, the mosque has long been a Sunni holy place. But upon seizing Mosul, ISIS declared a purge of all things considered “apostate” through the prism of its fundamentalist Salafi Sunni Islam. On July 24, 2014, IS soldiers blew up the mosque. They next veered north towards Sinjar, the primary Yazidi population center, overran the city and threatened to murder any Yazidi who did not convert.

The ISIS onslaught has amplified the sectarian violence that roiled Iraq since the 2003 U.S.-British invasion. The group attracted militant Salafists disempowered by a new Shia-run Iraqi government, just one of a bevy of regional rifts in what had never truly been a seamless nation-state, formed after World War I out of disparate former Ottoman provinces. Once allied with al Qaeda, ISIS is now exploiting those tensions as well as reviving dormant hatreds. Muslims and colonial Christians alike long regarded Yazidism as “devil-worship,” though it actually predates those Abrahamic religions in its origins. Nelida Fuccaro, professor of history at the University of London, summarized in a 1999 article in the journal, Middle Eastern Studies:

Yazidism, an ancient indigenous Kurdish faith influenced by Zoroastrianism, was revived by ‘Adi ibn Musafir (ca. 1075-1162), an Arab Sufi shaikh [whose] shrine in northern Iraq became the religious center of the group. [Thus, the Iraqi Yazidis] are still regarded as the guardians of the Yazidi religious tradition and the keepers of the main Yazidi places of worship.

Those shrines have now been overrun, but Yazidi clerics themselves remain figurative libraries. Owing to its long history of insularity and wariness of outsiders, the religion is centered largely on text-less oral traditions.

As a vestigial strain of Zoroastrianism, its origins can be dated to a time-shrouded point between 1000 and 1750 BCE. Yazidi carry over a Persian reverence for the sun and fire, considered by Zoroastrians the avatar of the supreme god Ahura Mazda. As far back as 1922, the University of London’s Bulletin of the School of Oriental Studies, noted the Zoroastrian cues but saw the religion as a theological mash-up that “contaminated the doctrines which they have borrowed with half-understood rites of diverse pagan cults.”

The origin of the sect is buried in profound obscurity . . . Their [current] beliefs seem to be a confused medley of Jewish legends overlaid with the crassest superstitions, of many of which it is not quite impossible to trace the source . . . They believe in seven gods, one of whom came down into the earth and created Adam and Eve . . . Satan is believed to be the chief of the angelic host, now indeed undergoing punishment for his rebellion against the Divine will, but still all powerful and hereafter to be restored to the high celestial dignity from which he has fallen. He must still, therefore, be conciliated and propitiated as able to chastise mortals for offences against himself.

While some syncretism likely shaped Yazidism, more contemporary scholarship, such as Eszter Spät’s “Religious Oral Tradition and Literacy among the Yezidis of Iraq” published in 2008 in Anthropos, has clarified those “seven gods” as angels serving the will of the supreme deity and that “Satan” is not Satan but one of those angels, who, while occupying a marginally similar archetype, also serves as a Promethean miracle-worker and redeemer figure. Central to the Yazidi mythology, God’s first angel and creation, Tawus Melek (or the Peacock Angel), does fall from favor for refusing to serve man over God—considered a virtue—but his character is also inextricable from the subsequent trials and penitence by which he regains grace.

When the Rashidun caliphate conquered Mesopotamia in the 7th century, the similarities—or shared pre-history root-myths—of the archetypes drew charges that Yizidis worshipped Iblis or Shaytan (Satan) of the Koran. This prompted an already isolated rural people to cloister themselves off still further, though it could not protect them from periodic bouts of persecution by local or sultanic rulers. Never moreso than now. U.S. and British airstrikes in mid-August loosened the Sinjar siege, allowing upwards of 20,000 Yazidis to make a desperate trek into Iraqi Kurdistan in scenes of, one might say, Biblical tragedy. A humanitarian crisis still looms over the great exodus, but for now a very human, living connection to our shared history has not gone extinct.

Space Is The Place: The US, USSR, and Space Exploration

Even during the Cold War, US and Russian cooperation succeeded in space exploration.