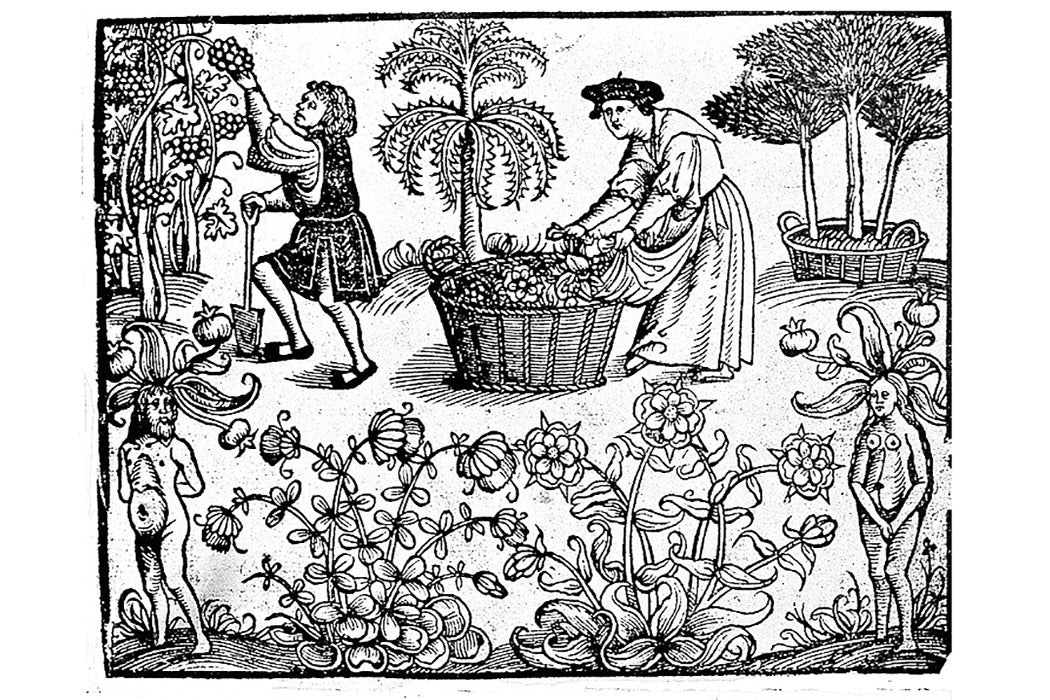 Magic is first and foremost a technology, a primeval tool that humans stumbled upon eons ago for accessing an invisible realm that they sensed held the key to their well-being. Magic gave people an avenue to attain what their hearts desired—protection, divination, healing, luck, vengeance and, most of all, a sense of empowerment. It’s a measure of comfort in a cold, dark world.

Although the world’s magical practices are diverse, appearing at first to be a kaleidoscopic array of random symbols and incoherent mutterings, if we dig a little deeper, we find common constitutive elements. Try to discern which of the following is not an incantation:

B. Take two aspirin and call me in the morning.

C. As the moon wanes, so may I decrease…

B is nothing special, just an old-timey physician’s prescription for minor complaints. It accomplishes nothing, save for foisting responsibility back onto the patient. In contrast, A, C, and D are special purpose magical language, used to make things happen in the world.

Abracadabra is the Swiss Army Knife of incantations, reached for in cases where the caster offers no particular spell.

Abracadabra is an ancient magic word of perhaps Hebrew, Greek, or Aramaic etymology (no one seems to know, which adds to its mystery). It’s the Swiss Army Knife of incantations, reached for in cases where the caster offers no particular spell. It’s often the first magic word a child learns, and has become ubiquitous in pop-culture depictions of magic. In J.K. Rowling’s Harry Potter series, Avada Kedavra is the dreaded Killing Curse, of which Harry himself is the only known survivor. Abracadabra has even been co-opted by top-hatted, cape-draped performing magicians and featured to comic effect in a classic Bugs Bunny cartoon.

C is a charm for inducing weight-loss from a paperback booklet of magic spells that caught my eye at the grocery store checkout as a chubby pre-teen. The instructions were to utter the words on the full moon while burning a white candle. As I was not allowed to burn candles in my room, nor did I have the wherewithal to get my hands on special herbs for the draught that would activate the spell, I was never able to test its efficacy.

D is authentic magic. It’s an excerpt from a Trobriand Islands spell for growing yams. The words are uttered over a tufa whetstone called a nasagwagusa, which is used to hone the knife with which a woman will harvest the yams when they mature. The stone, a talisman, is then pressed against the cut seedlings as the rest of the verse is recited. Yams are central to the Trobriand social economy, and constitute women’s wealth and status in the society.

Language has power in the social world—on that we can agree. People use words to hurt, conceal, soothe, and dominate, to evoke emotions in others. More than that, in certain contexts and conditions, the right words effect real change. Words can alter the legal standings of individuals (“I now pronounce you husband and wife”), transfer ownership of goods (“That’ll be $8.99…”), mitigate personal injury (“I apologize”), or establish a legal context (“I swear to tell the truth, the whole truth, and nothing but the truth”). In linguistic terms, this kind of language is called performative, language that is, in itself, action. This specialized linguistic form is one common ingredient of magic, where the power is in the words themselves.

Common to all kinds of magic are:

In “The Language of Magic in Two Old English Metrical Charms,” the medievalist L.M.C. Weston analyzes the poetic language of The Nine Herbs Charm, a healing spell dating to the tenth century C.E. West also looks at Wið færstice, a popular charm for relieving a stabbing pain. Weston calls them “magico-medical texts… [in which] ritual and poetry combine… to create and enforce an altered consciousness, in which and through which magic can occur.” They use performative language in Old English verse, magical numbers (multiples of 3), and a characteristic rhythm combining the alliterative structure of Old English verse with counter rhythms that index its special status as magical. There is a lot of repetition.

In Wið færstice, Lines 6, 12, and 15 (all multiples of 3), are practically identical in their refrain:

In subsequent verses, says Weston, “The healer speaking the words over an herbal potion and knife (spere)… becomes a warrior under a shield, engaging in archetypal battle with vaguely identified, supernatural enemies.”

In abstracting away from the particular battle depicted in the poem to a mythic realm, the healer draws on the power of that realm, collecting it in order to discharge it, producing the desired transformation (healing). It is, says Weston “magical in purpose and poetic in method.”

Spells have two distinct phases, the first one concentrating on gathering in power, the second on releasing it.

Spells have two distinct phases, the first one concentrating on gathering in power, the second on releasing it, with focused intent, in a particular direction. In the case of Wið færstice, this is marked by a change in verb tense from the first to second half of the charm, which signals a shift from potential power to present use, also using the subject “I” to indicate the healer’s agency. The recipient of the charm is also reframed, from the herbs in phase one to the patient in phase two.

The Nine Herbs Charm calls for an assemblage of herbs: chamomile, mugwort, lamb’s cress, plantain, mayweed, nettle, crab-apple, thyme, and fennel. These are crushed and mixed into a salve. The charm is sung three times over each ingredient and again over the patient and chanted as the salve is applied. If properly executed, the Nine Herbs Charm protects the patient from illnesses believed to come from toxins in the air.

Incantations combining specialized language, plants, and symbolic objects are hardly unique to the Anglo-Saxon world. In Papua, New Guinea, the Trobriand Islands peoples have long been known for their reliance on magic. In “Magical Conversation on the Trobriand Islands,” the psycholinguist Gunter Senft deconstructs the texts of thirteen magic spells, showing how their magic works.

Trobrianders have spells for black magic, for weather, healing, agriculture, fishing, dance, beauty, love, sailing and canoes, and anti-witch (or shark) magic. Magic pervades their cosmology. They employ a special register of their Austronesian Kilivila, which they designate “biga megwa” or “the language of magic.”

Incantations are understood as magical conversations with only one speaker. The magician speaks, or, they say, “whispers” and the addressee, the interlocutor—a plant, animal, a topographic feature, or spirit—acts in the desired way, to bring about a desired effect. A number of conditions must be met. The magician must strictly observe cleansing rituals and food taboos. The correct magical formula must be repeated for the prescribed amount of time with no mistakes or omissions.

For weather magic to bring sunshine, one native magician named Kasiosi explains, he must first slice a ginger root and place the slices in a paper basket with a tiny slit. While he removes a bit of ginger with his fingers, he recites a 144-line magical formula. He chews the ginger, spits it out, and recites the formula again. This may be repeated as many times as he pleases. The name of this spell is magaurekasi; Kasiosi does not know what the name means. Magic words often have no meaning in the mundane world; in fact, this is a common feature of magical language.

Trobriand magic, much like the Old English charms, relies on “speech-action.”

Kasiosi’s incantation first addresses the clouds and rain using a special second person plural form not used in ordinary speech. It orders them to retreat, invoking the names of the former owners of the magic. Trobriand magic can be transferred from one person to another, even bought and sold. In this way, Kasiosi draws on their power and collects it in for himself. He names all the paths along which the bad weather should retreat, along the village path, away from his house and the village, toward the sea. The order bulitabai is repeated no less than fifteen times.

In the second half of the formula, he orders the rain to “disperse,” bulegalegisa, nine times, and to “disappear,” bulilevaga/bulilevaga twelve times. “If we look at the formula as a whole,” says Senft, “we see that the various orders or commands are weighted and seem to follow a certain pattern.” The stanzas follow a formula, A-F, with ordered combinations of commands, invocations and assertion of the desired effects.

Trobriand magic, much like the Old English charms, relies on “speech-action,” ritualized in formulas between esoteric specialists, and special addressees. For the Trobrianders, magic is woven into the fabric of their everyday lives. Senft argues that it is also a “cultural phenomenon,” with the implicit goal of diffusing social tensions by enacting “clearly defined conventions and rules.”

These days, the Trobriand islands face the forces of globalization—Senft did his fieldwork there in the 1980s—and the islanders don’t much rely on magic anymore. And Saxon charms are but a relic of early medieval pagan practice. Yet some ancient mysticism and superstitions have worked their way into contemporary life and belief systems. One can collect magic spells on Pinterest, join a coven online, or use aromatherapy to help fall asleep. Magic survives, and people still find the idea of it, well, enchanting. 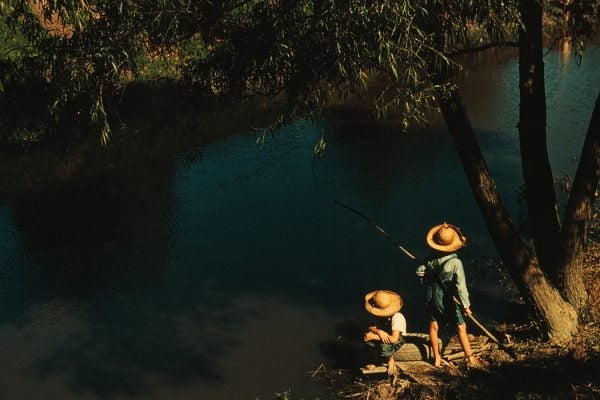 Why Our Work Affects How Kids Play

The way we think about the skills kids need—and even how they should play—is deeply tied to the characteristics we expect them to need as adults.