A drone flying over a field in Ireland was able to make out the outline of an ancient henge, a circular enclosure that may have had ritualistic purposes. 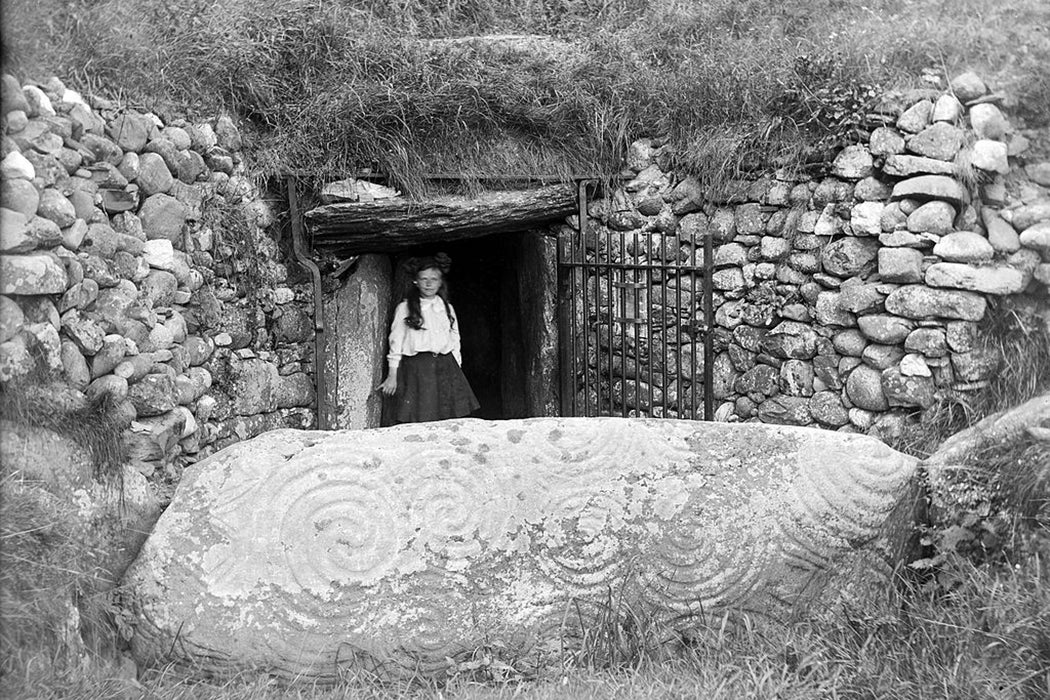 The entrance to Newgrange, a Neolithic tomb in County Meath, Ireland (circa 1900)
via Wikimedia Commons
By: James MacDonald
2 minutes
Share Tweet Email Print

Suffering under a prolonged drought, the normally lush Irish countryside and farms are dry and barren this season. With the vegetation so sparse, a drone flying over a farmer’s field was able to make out the outline of an ancient henge, of unique design and hitherto unknown to archaeologists. While the henges of nearby England, like Stonehenge, are more famous, Ireland has a rich archaeological heritage all its own.

Their purpose was likely ritualistic but the details are lost to time.

This new discovery is far from the first henge in Ireland. A henge is a circular enclosure. Over fifty have been identified in Ireland so far. Remote sensing has discovered a few additional probable sites. There is an especially high density in the Boyne River Valley in County Meath, where the new henge was discovered. Most of these are earthen embankments, some of them enormous, like the colorfully named Giant’s Ring in Northern Ireland. The soil from the bank is supplied by digging out the interior like a bowl, or from a ditch dug just inside the embankment. The newly-discovered henge was made of giant wooden posts. They span in age from the Neolithic and the Bronze Age into the early Iron Age. Their purpose was likely ritualistic but the details are lost to time.

Even more impressive are the passage tombs, many of which were also discovered in the Boyne Valley. Passage tombs consist of a narrow passage made of giant stones leading to a covered burial chamber or series of burial chambers. The mounds were covered with layers of stones and sod, and were of a monumental scale. The mounds at Knowth are more than a hundred feet across and some of the internal chambers have roofs nearly two hundred feet tall. Decorated stones adorn some of the inner chambers. Upwards of forty people may have been buried in some of these structures. The site was settled for centuries after the tomb builders were gone; excavations cover many different cultures. The technological sophistication required to build these monuments is impressive, given their age and the relatively simple farming settlements that built them. As with the henges, the details of why and for whom these tombs were constructed is unknown.

A few years before drones made it big, archeologist Tom Condit was poring through Google Earth imagery of County Louth, North of County Meath. Condit was shocked to discover a previously undiscovered field of barrows, or burial mounds. Upon ground inspection, the barrows, known as ring barrows, resemble small henges and are likely part of a larger” barrow cemetery.” Makes one wonder what else is hidden in the countryside. 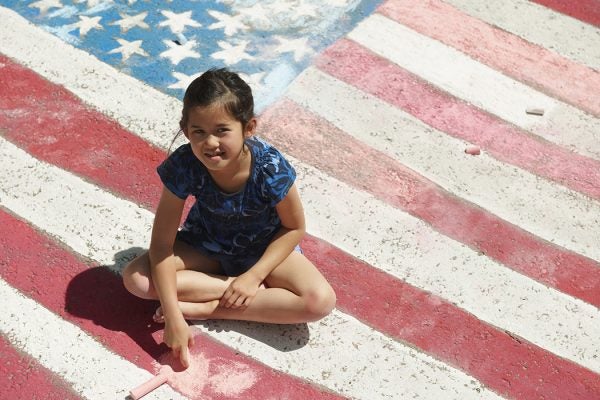