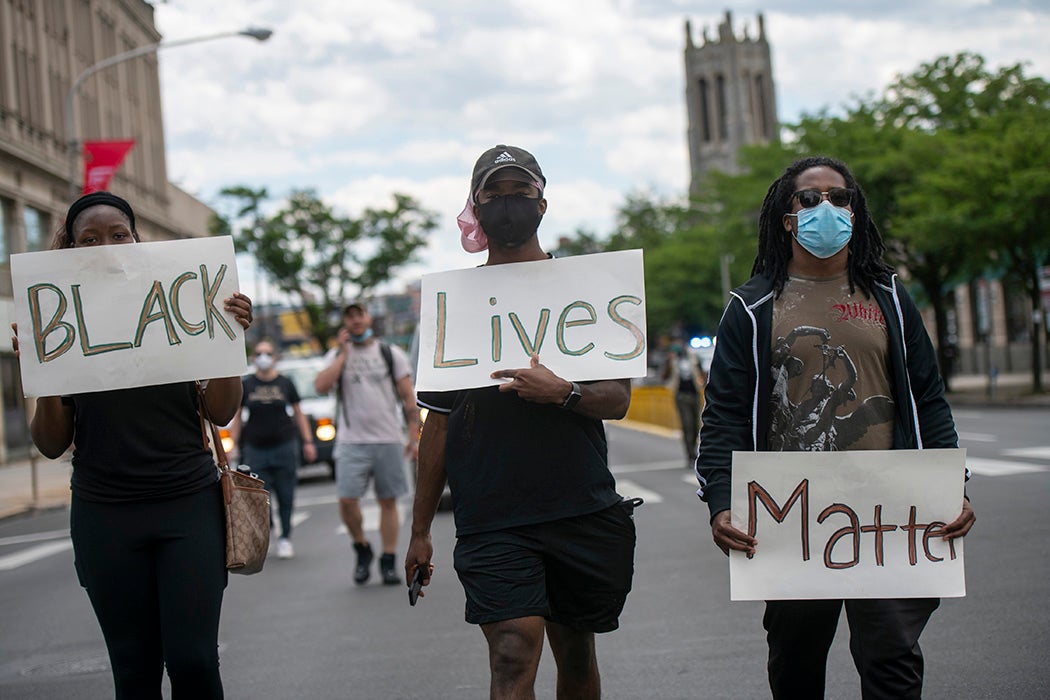 From abolitionism to sanctuary cities, many people in U.S. social justice movements have been driven by religious and spiritual beliefs. As religion scholar Hebah Farrag wrote in 2018, the same is true for many activists in Black Lives Matter and other movement groups, even if activists don’t belong to the organized Christian and Muslim institutions often associated with Black political organizing.

Farrag writes that many BLM chapters and related groups blend spiritual practices from different traditions to support their pursuit of justice while working to heal grief, trauma, and burnout. She focuses specifically on the Los Angeles group Dignity and Power Now (DPN), founded in 2011 by Patrisse Cullors, who went on to become a founder of Black Lives Matter.

Farrag writes that media coverage of BLM activities often ignores its spiritual and healing side.

Cullors grew up as a Jehovah’s Witness but left the religion out of dissatisfaction with its patriarchal structure. She converted to Ifá, a religion of West African origin. But, Farrag writes, that faith also has its challenges for Cullors as a queer woman. One Ifá priest refused to initiate her because of her sexuality.

As Farrag relates, over time Cullors embraced practices from a variety of religious and secular healing traditions, including meditation, therapy, and exercise. She also draws on the work of black women like Audre Lorde and bell hooks, who emphasize the inherently political nature of attending to their own physical, mental, and spiritual health.

Many BLM groups also work with black Christian and Muslim leaders, taking pains to ensure that women and queer people, who are heavily represented in the movement, are respected. DPN, like many BLM chapters, also draws on the Quaker-influenced idea of transformative justice as an alternative to police and prisons. This perspective sees harmful behavior as a problem to be solved within a community.

Some organizers see resisting U.S. systems of policing and incarceration as a distinctly spiritual issue. Mark-Anthony Johnson, DPN’s director of health and wellness, and a licensed acupuncturist, told Farrag that he sees mass incarceration as an attack on Black and brown people’s ability to do meaningful work and experience a sense of purpose.

“I think it’s a spiritual assault in some ways,” he said.

Farrag writes that media coverage of BLM activities often ignores its spiritual and healing side. For example, after the 2015 exoneration of two Los Angeles police officers who had killed Ezell Ford, an African American man, activists gathered in front of Mayor Eric Garcetti’s home. While the media described the event as a “protest,” participants said it was actually a ceremony.

“We did an Ifá ceremony in front of his house,” DPN organizer Evan Bunch recalled later. “The preacher…was able to conjure up Ezell Ford’s spirit and kind of transfer it to the group. And it was evident through the participants that they were feeling something that was not of the temporal world.”

Today, Black Lives Matter remains a potent force for racial justice. Yet media coverage of the movement frequently continues to paint it in simplistic terms that ignore the way its vision of justice intertwines with healing and spirituality.