Very little is known about the giant squid, which surely has added to the strange creature’s mystique. 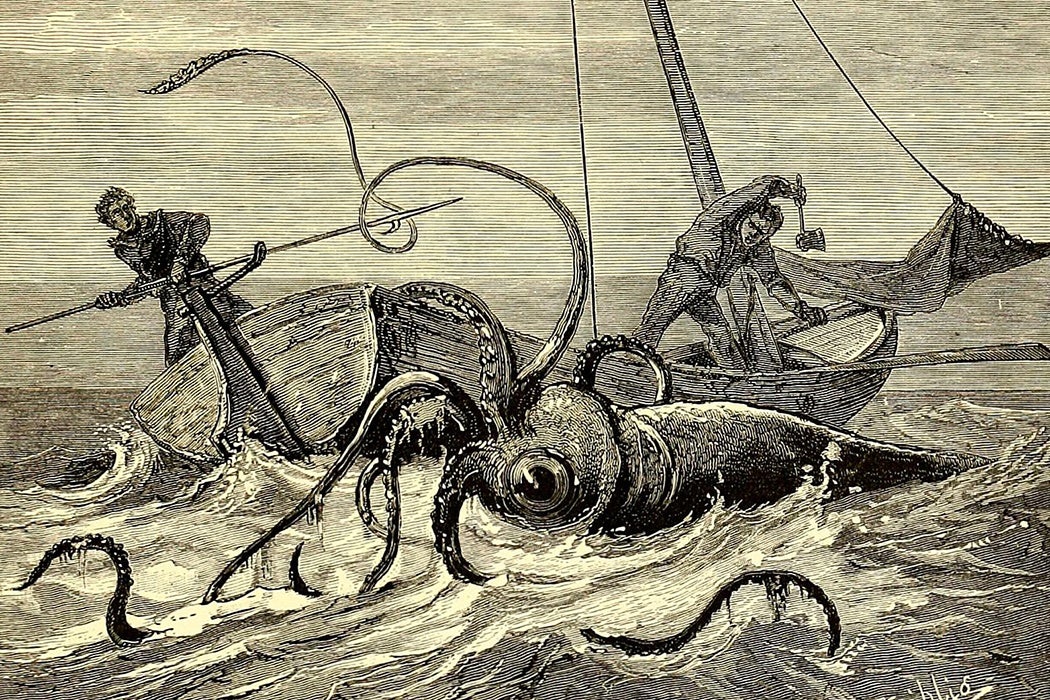 On July 31, 1874, off the coast of Sri Lanka, horrified passengers on the steamer Strathowan watched helplessly as the schooner Pearl was sunk by a huge, tentacled “brownish mass” believed to be a giant squid.

Or so the story goes, anyway. There is no hard evidence that this event occurred as described, and it’s highly unlikely that a squid was actually responsible. And in fact, very little is known about the giant squid, which surely has added to the strange creature’s mystique. Living in deep oceans worldwide, the Giant Squid (Architeuthis dux) is one of two huge squid, up to 18m long, most of which is tentacle. (The other is the Colossal Squid, which is heavier, might be longer, but is definitely less famous.)

Most of what is known comes from (rare) carcasses found washed ashore. Like all squid, giant squid have three hearts. Coordinating all those tentacles requires large nerve cells, so scientists often use squid to study the nervous system. They have the largest eye of any known organism. The squid have two long tentacles, ending in a broader “club” for hunting and 8 shorter arms for consolidating its grip and feeding. All have suckers, but the tentacles only have suckers on the clubs.

Scientists are enlisting the help of squid-finding experts: sperm whales.

The biggest obstacle to studying giant squid is their habitat in deep open water. In 2004, a pair of Japanese researchers decided to enlist the help of squid-finding experts: sperm whales. Sperm whales are known to feed heavily on giant squid, so the team attached depth loggers to feeding whales off New Zealand. Once the regular depth of their dives was recorded, a bait bag was dangled below a camera and lowered to 900 meters.

The results were spectacular. The set-up captured the first images of a healthy giant squid in its native habitat, and provided new information about how these animals actually live. It had been believed that giant squid were mostly passive hunters, drifting their hunting tentacles below them to catch passing prey. The Japanese photos implied that in fact giant squid are fast, active hunters, attacking the bait from the side with surprising violence. The shorter tentacles envelop the prey in a writhing mass from which escape is extremely difficult. The squid also left a piece of tentacle behind on the camera rig; the muscles are full of ammonia that help the squid maintain buoyancy.

It’s incredible, but almost everything that is known about the lifestyle of the giant squid comes from a handful of photos or is inferred from the activities of whales. Based on whale observations, the squid come up to shallower waters (400-500 meters) to feed at night, but basic information such as preferred prey or even a population estimate remains unknown. At this rate, these amazing giants are likely to remain mysterious. 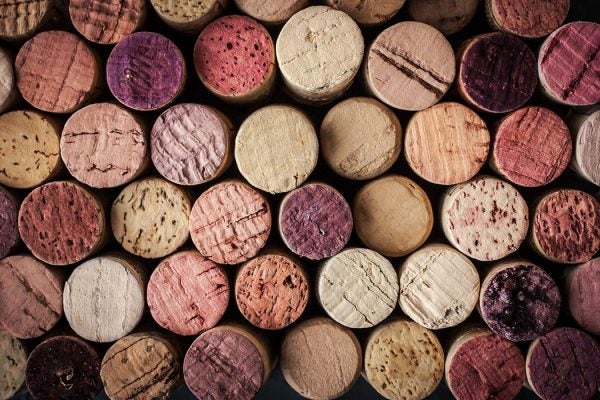 The Cork Oak Forests Want You to Drink More Wine

Corks come from a tree that is part of a unique ecosystem dependent on cork harvest for its survival.