The organization VIDA: Women in Literary Arts was launched in 2009 to document gender disparity in book reviews.

VIDA: Women in Literary Arts, is a literary research organization whose stated mission is to “increase critical attention to contemporary women’s writing as well as further transparency around gender equality issues in contemporary literary culture.”

VIDA began in 2009, when writer Cate Marvin noticed that women writers were not getting their fair share of book reviewer’s attention. Marvin shared her thoughts with her friend Erin Belieu, as well as other women writers through email, asking:

…Has anyone else noticed all these incredibly accomplished women writers whose works seems to go unnoticed and unrewarded by the American literary establishment? Why is it that most of the notable reviews being published about contemporary books in every genre are written by men about other men’s books?

Marvin went on to criticize venerable publications like Harper’s, The New Republic, Poetry, The Atlantic, and the New York Times Book Review, whose reviews did not cover women equally to men. Realizing they were not alone in their frustrations and disappointments, Belieu, Marvin, and Townsend created VIDA.

VIDA’s founders weren’t the first to point out the gender bias of literary publications.

Since it began, the organization has revealed gender disparity in the book review process. Through its VIDA Count, as it’s come to be known, statistical data is collected each year of the major publications’ number of women’s books reviewed and the women book reviewers. The organization “counts thirty-nine major literary journals and well-respected periodicals, counting genre, book reviewers, books reviewed, and journalistic bylines to offer an accurate assessment of the publishing world.”

The issue of gender disparity dates back to the 1800’s when publications like La Nouvelle Revue Françoise and Mercure de France set the standard for American literary reviews. They established their publications with what critic Chloe Foster calls “male tastes and preferences,” thereby defining “what was [considered] successful literature and who [ought to] write the reviews.” She goes on to explain that, “The tradition [these and other early book] reviews both begat and enabled…is a tradition that seems to be going strong even today.”

VIDA’s founders weren’t the first to point out the gender bias of literary publications. In the early 1970’s, feminist authors Susan Brownmiller and Nora Ephron held the first organized protest against the representation of women authors in the New York Times Book Review (NYTBR). The two made an appeal to editor Max Frenkel, but nothing came of it.

We tallied 53 consecutive weeks of the NYTBR during 2002 and 2003 and found that more than twice as many book authors and almost twice as many reviewers were male as female. Specifically, out of 807 books reviewed, only 227, or 28 percent, were authored by women. Of the 775 reviews, only 265, or 34 percent, were by women reviewers.

When Caplan and Palko shared their findings with Charles McGrath, the editor of the NYTBR, he denied the veracity of the numbers. “I’m not convinced that we are guilty of a male bias–either consciously or un-.” He continued to argue that more men are writing books and that he only chose books that were worthy of review and great interest to their readers. Under this pressure, McGrath eventually retired from the Times.

So, Have Things Changed?

VIDA’s Count has caused leading literary publications to make changes. They have begun to review the way they choose who writes reviews and the way they choose which books to cover. Some editors have even adopted the VIDA-prescribed counting methodology to try to get closer to gender equity.

But, what do the numbers tell us? The 2014 VIDA Count, shows that women were 52% of the book reviewers for NYTBR. That’s an 18% increase since Caplan and Palko’s survey in 2004. Women seem to be well-represented as book reviewers by the NYTBR. However, even in 2014, only 41% of literature reviewed by the NYTBR is written by women.

This raises the question: are men perhaps writing more than women or is men’s work given preference in book reviews? And if so, why?

There are many explanations for why women’s writing is reviewed less frequently than men’s. Carol Anne Douglas has suggested that women’s books do not receive much attention because they focus on “soft subjects” that men are not interested in.

But, what does one consider “soft”—sex , love, and motherhood? Today, we are seeing more women address nationalism, identity, politics, war and terrorism, and even immigration. Think of contemporary novels like Chimamanda Ngozi Adichie’s “Americanah,” about race, gender and nationality, Louise Erdrich’s “The Round House,” centered on the issue of coming of age, or even Susan Choi’s “A Person of Interest,” focusing on the American experience with paranoia.

Perhaps the VIDA Count for 2015 will demonstrate that gender parity is possible today. 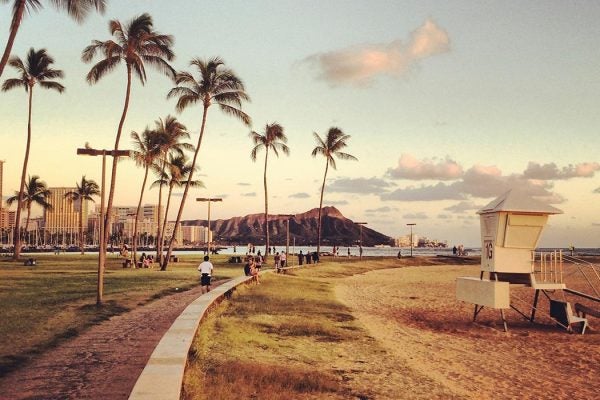