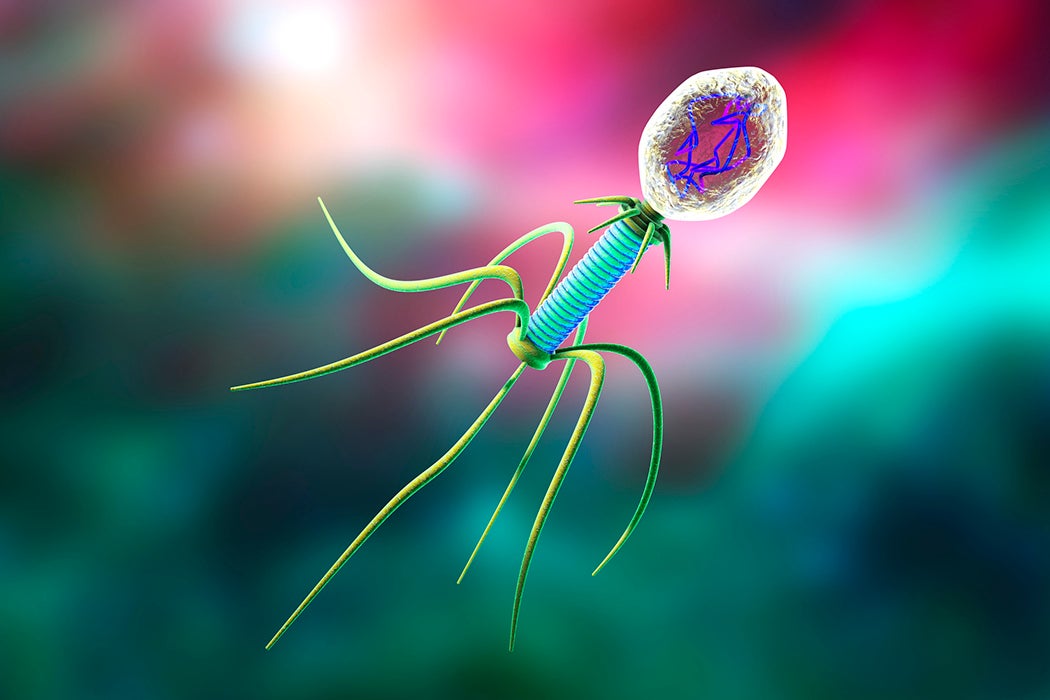 Despite a pressing need, researchers have been slow to discover and produce new antibiotics. As bacteria develop resistance to widely-used antibiotics, infections that were once easily curable might become highly dangerous again. Now researchers are increasingly pursuing a radically different approach. Rather than seeking out compounds which can kill bacteria, some researchers are turning to bacteria’s natural enemy: a very special virus called a bacteriophage.

Bacteriophage literally means “virus that parasitizes bacteria,” and they are numerically speaking one of the most abundant life forms on the planet (if you consider viruses to be alive, that is). Their existence has been suspected since the nineteenth century, when Ernest Hankin noticed that cultured bacteria became ill when exposed to river water. Despite Hankin’s suspicions, nobody could prove that a virus was responsible until the 1940s.

Bacteriophages are prolific destroyers of viruses: by some estimates they destroy half of the world’s entire population of bacteria every two days. Unsurprisingly, bacteriophages are responsible for driving much of bacterial evolution—it is bacteria’s ability to rapidly evolve that makes antibiotic resistance such a concern. Fortunately, bacteriophages evolve even faster and easily keep pace with their prey.

It will be difficult to use bacteriophages in humans.

The therapeutic potential of bacteriophages was recognized as early as 1921, when biologist Felix D’Herrelle reported success using various phages to treat a variety of ailments including typhoid, cholera, and plague, before anyone really understood exactly what a bacteriophage was. (He first ran safety tests by feeding his phage concoctions to himself and his children). Another early successful test applied a bacteriophage straight into infected skin boils.

The problem is that despite the reported successes, these early trials were neither randomized nor controlled and thus of limited value today. In a modern context, bacteriophage treatments are so different from regular antibiotics that the regulatory framework barely exists to evaluate them. This explains why their use is currently more widespread in animals such as chickens. Even in this application they may help fight antibiotic resistance, as use of phages to fight outbreaks helps limit the widespread use of traditional antibiotics that speeds the evolution of resistant bacteria.

But it will be difficult to use bacteriophages in humans. Each bacteriophage only infects a specific bacteria, and the strain must match exactly. Bacteria can evolve resistance to the bacteriophage over the course of treatment, so multiple phages might be needed for complete eradication. Given the need for such a precise match, the most promising use for now is in treatment of identified infections that don’t respond to regular treatments, such as multiple drug resistant infections. As such they are used case by case in humans, but attempts are underway to develop more systemic treatments through bioengineering. Best of all, given the balanced evolutionary relationship between virus and prey, bacteria are very unlikely to develop permanent immunity from these phages. 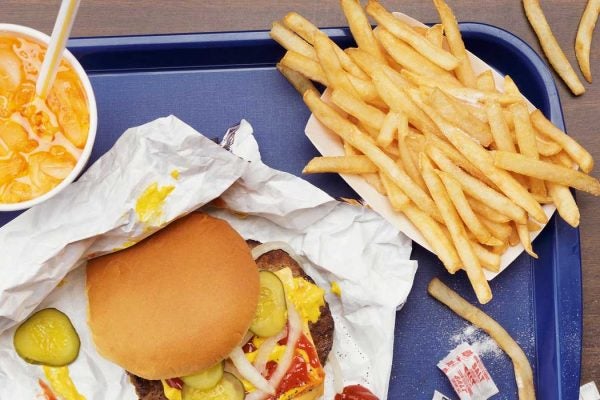