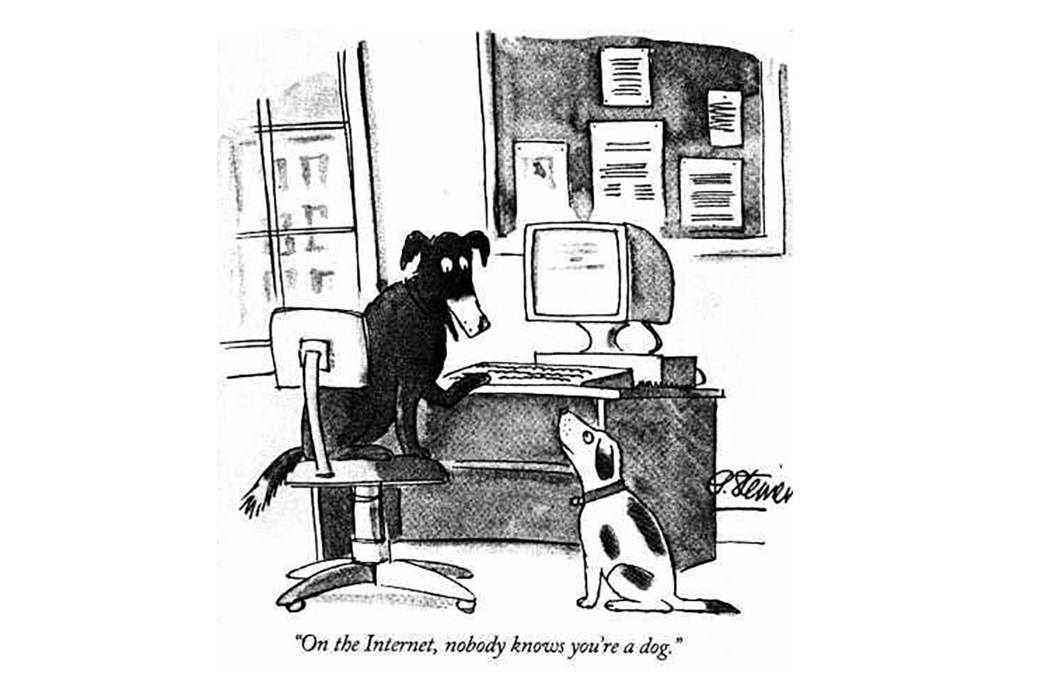 In the wake of the November election, election-related New Yorker cartoons (Clinton– and Trump-specific) have kept people laughing and spreading the humor via social media.

In 2001, Steven H. Gale explored the past 75 years of New Yorker cartoons, not only chronicling their recognizable humor, voice, and wit, but also researching the cartoons’ topical and stylistic changes over the year, along with their lasting popularity.

Readers of The New Yorker often cite its cartoons as their favorite part of the reading experience. Ironic and sophisticated in humor, they are a hallmark of the publication.  As Gale explains, “[t]he typical New Yorker cartoon is as difficult to define precisely as is the magazine’s typical prose casual [the publication’s term for short prose pieces], though the distinctive styles of both are certainly familiar and recognizable.” Later he goes further to say that an easier “way of distinguishing New Yorker cartoons is to say what they are not.”

Longtime editor at the New Yorker William Shawn explained that a good cartoon “is drawn well and comments on life and social changes that may last a long time.”

In many ways, the New Yorker was ahead of its time in considering cartoons, drawings, and graphics under the larger category of “art” or what many now term more broadly as “visual culture.” Gale notes that the magazine’s “editorial staff apparently has never distinguished qualitatively between cartoons, sketches, and magazine covers—all are considered art.”

Ushered in and treated as a respected art, New Yorker cartoons have endured. William Shawn, the publication’s Editor-in-Chief for thirty-five years beginning in 1952, explained, “[a] cartoon that is likely to endure is one that is drawn well and comments on life and social changes that may last a long time. When a person observes society accurately, truthfully, and satirically, the work will have lasting value.”

And this emphasis on a new and changing awareness captures historic, political, and social shifts of our time. In fact, New Yorker cartoons are so relevant to our changing understanding of history and politics, that in 1995, “The New Yorker Cartoon Collection was sent to educators throughout the United States as part of the advertising for The New Yorker in the schools program.”

Now readers can go back in time (or at least throughout the 90 years represented in the New Yorker archives) to see the cartoons that continue to spur laughter and those that reflect larger changing societal values. The publication and its artists endure and keep the much-needed humor coming.

George Orwell's dystopian novel 1984 finds itself at the top of the best-seller lists this week, the first of Trump's presidency.