Recently, a community in Nipomo, CA came together to celebrate the 80th anniversary of Dorothea Lange’s now-iconic photograph known as Migrant Mother. In the 1930s, Lange was a photographer working for the Farm Securities Administration (FSA), one of the governmental agencies President Franklin Roosevelt helped to establish in order to address the country’s large-scale unemployment. Lange and her colleagues were charged with documenting and humanizing the aftermath of the Great Depression.

Much has been written about Dorothea Lange’s impressive oeuvre of photographs from this time. She put faces, names, and stories to the Depression years and prompted many to sympathize with people they wouldn’t otherwise, while also bringing attention to governmental agencies, pointing out where their action and help was needed.

The Migrant Mother image is now so familiar to us, however, that it’s difficult to fully grasp how significant it was at the time. Carole Henry has created informative lesson plans that teach readers and students alike to analyze the image based on its formal components and historical background. James C. Curtis provides a deeper historical analysis of both Lange and the famed Migrant Mother, which he sees as essential to understanding the greater history of the “culture of the Great Depression.”

Both Henry and Curtis explain the story behind the image—Lange was working in Central California and at the end of a long rainy day, she was driving home and saw a sign that said “Pea Picker’s Camp.” She drove past it, but kept thinking about it and twenty minutes later, she turned around to return to the camp as if compelled to go, “following instinct, not reason” as Lange herself later explained. Immediately upon entering the camp, Lange saw Florence Thompson and her children and began shooting and shaping what would become one of America’s most iconic photographs.

James C. Curtis calls Migrant Mother a “vital reflection of the time,” and provides readers with a rich analysis of the cultural history surrounding the image. He explains how the stars aligned for Lange’s portrait—ranging from Lange’s instinctual return to the pea picking camp in Nipomo, to the compositional arrangement at play, to Lange’s own biographical history which ultimately helped shape her images.

Curtis also explores the tough nature of Lange’s job as an FSA photographer. “In the field, she often recoiled from the desperate poverty arrayed before her camera. How could she justify an art that literally fed on the starvation of the poor?” Before working for the FSA, Lange was “an investigator for the juvenile court system.” As Curtis notes, “this early form of social work served as an important role model for Dorothea’s later career development.” He also points out that Lange was “partially crippled in one leg,” the aftermath of a childhood bout with polio, and “while never pronounced, her limp was a constant reminder that she was different.” These life experiences deeply impacted Lange and her photography, ultimately driving her to create compassionate compositions that were both deeply humanizing and motivating.

But what specifically makes the image of Migrant Mother so powerful and lasting? Henry notes that Roy Stryker, the former director of FSA during Lange’s years, “described the photograph [Migrant Mother] as one that had the potential to both excite and disturb the viewer.” And ultimately it did just that. The photograph brought immediate attention to Nipomo, and because Lange captured and circulated the image of a then-anonymous Florence Thompson, the government became aware of the devastating effects of the freeze and sent relief rations to the area. Just five years later in 1941, the photograph was already recognized as a “documentary masterpiece and was enshrined in the Museum of Modern Art.”

Curtis argues that Lange and her colleagues “fought constantly to overcome the discomforts of their subjects, to present them as dignified human beings whose plight would elicit sympathy, not ridicule.” In documenting the effects of the Great Depression, these photographers preserved a large piece of U.S. history, allowing viewers and students to experience visually the depths and despair that words cannot always articulate. 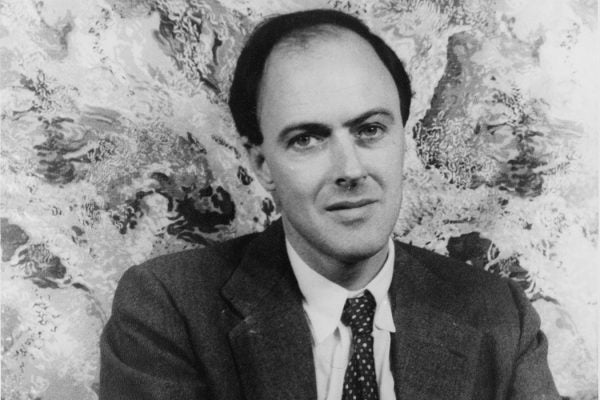 What don't you know about the famous children's book author?