Does forest thinning, a land management strategy, offer an effective solution to the problem of forest fires? 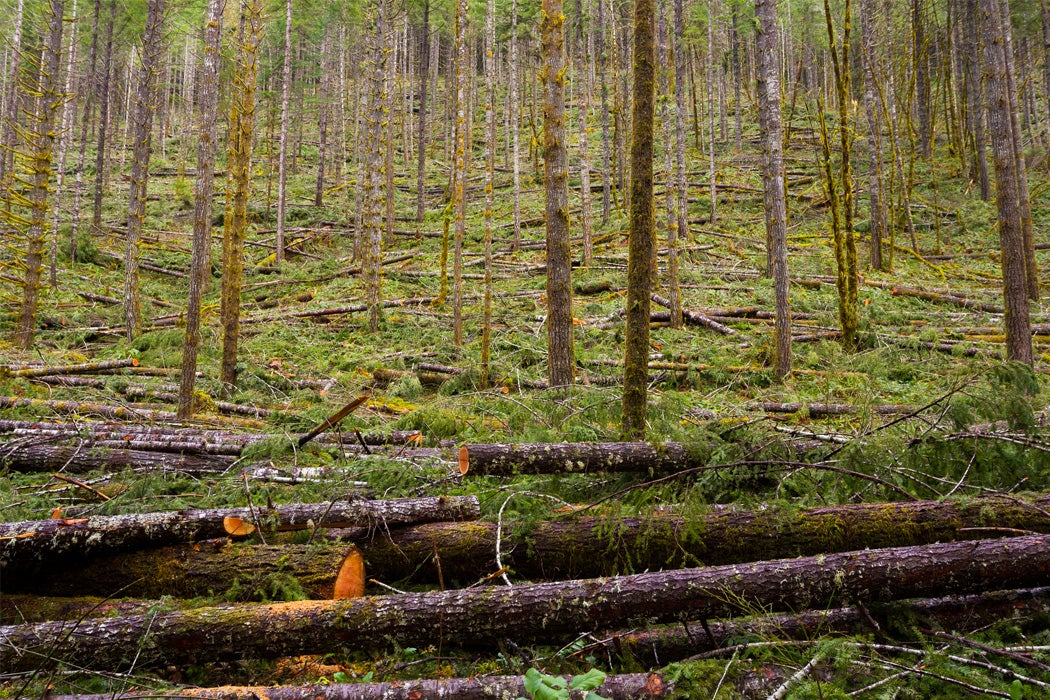 As the climate warms and catastrophic wildfires become more common, land managers are seeking ways to reduce the risk of forest fires while maintaining forest health. A new pilot plan in Arizona hopes to accomplish this goal by selectively cutting some of the trees in the forest—a strategy known as thinning—and selling the felled timber as wood chips to South Korean buyers. It seems like a win-win solution: the forests are preserved, and communities gain some fire safety and make some money in the process. How does it work?

Besides climate change, the general consensus, according to Sharon Hood and her colleagues, writing in the journal Ecological Application, is that the growth in catastrophic fires stems from decades of overzealous fire suppression. Without fire, too many trees survive and grow. Old and young trees cram unnaturally close together, making forests more vulnerable not only to severe fire, but to disease and pest infestation. Infestations can kill trees, resulting in more dry fuel, and an even greater risk of catastrophic fire.

In the densely packed forests that had not burned recently, pine beetles killed as many as 50% of trees.

Working in Ponderosa Pine forests, in western Montana, Sharon Hood and her colleagues examined how different fire treatments affected the forest’s ability to withstand infestation by the mountain pine beetle, a pest that can leave huge swaths of trees dead—and susceptible to fire. In the densely packed forests that had not burned recently, pine beetles killed as many as 50% of trees. The researchers wanted to test whether forest thinning, controlled burning, or a combination of both might prevent beetle infestations and increase overall fire resistance.

Simply burning the forest helped control beetles, but not much. In areas exposed only to fire, tree mortality was lower than in unburned forests, but still quite high. However, when forests were thinned, or thinned in combination with burning, tree deaths from pine beetle infestation declined almost to zero. Thinning alone, and thinning and burning together, were so successful that even forest already coping with a beetle outbreak became fire resistant.

If left unburned or unthinned, beetle attacks eventually shifted the entire character of the forest by shifting the dominant tree species. Thinning, then, can help to reduce the risk of severe fire not only by reducing the dangerous fuel buildup in unburned forests, but by helping the forest resist beetle infestation and the increased fire risk that infestation brings.

The conclusion is that at least in the short term, proper forest thinning has the potential to drastically reduce not only fire danger but other threats as well. Hood and colleagues note that while thinning is highly effective in the short term, in the long term, forest health requires the restoration of a normal fire regime. If tree density isn’t maintained at a natural level, the whole process will need to be repeated.

Thinning needs to be done properly. It should not be an excuse for backdoor logging, as removal of older, mature trees is not as helpful as removing the smaller trees that fuel massive fires. The scheme to sell the thinned wood as chips is kind of genius, as the small scrubby trees being thinned have little value for anything else. One caveat is that the chips will be burned as fuel, so from a carbon storage perspective, the solution is not ideal. On the other hand, if the trees would have burned in a fire anyway, maybe that doesn’t matter.