Chuck Close: Face Forward is a retrospective at The Frederick R. Weisman Museum of Art featuring over 70 prints of artist Chuck Close’s portraits.

Close’s personal story is inspirational and his work influential. He is well-known for saying that art saved his life twice — as a child with dyslexia who took comfort in making art and as an adult after a spinal aneurysm left him paralyzed.

Close started making massive self-portraits in 1968, working within a grid to study and transpose segments of his face incrementally. From there, he continued to experiment with this signature style through varied methods, using different color combinations and painterly dots along with a wide array of printmaking techniques, all of which are represented in the show.

In Rosalind Krauss’s famous discussion of grids in modern art, she suggests that the grid “functions to declare the modernity of modern art.” She argues, “The barrier [the grid] has lowered between the arts of vision and those of language has been almost totally successful in walling the visual arts into a realm of exclusive visuality and defending them against the intrusion of speech.”

Close’s grids both articulate and combat this beautifully. They offer no intrusion of literal speech, but they do beg a rich intimacy and non-verbal, discursive exchange between viewer and subject on a deeply emotional plane.

In an interview between Lisa Yuskavage and Close, he discusses the process of choosing his subjects, admitting, “When I paint another artist, it’s not necessarily because they’re my best friend…Often it’s because I have an intimate relationship with their work and feel like we have a dialog going, that we talk to each other, whether or not we actually talk to each other in words.” Close captures that feeling of intimacy in his work.

In a 2000 self-portrait series at the Weisman and in “Janet” for American Art 1992, Close demonstrates his entire process — the former of a scribble etching and the latter of a reduction block print, freezing and highlighting each step of production. This embodies his love of artistic process and his desire to reveal the intricacies within his work. 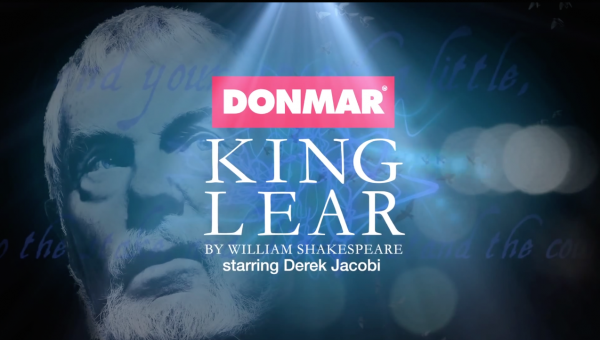 Streaming Shakespeare in the Twenty-First Century

What does "live theatre" truly mean when it's broadcast to cinema screens? And how does streaming Shakespeare stack up to the theatrical version?