The manly knight wouldn’t have lasted a day in sixteenth-century combat. So why was he so popular as a literary figure at the time? 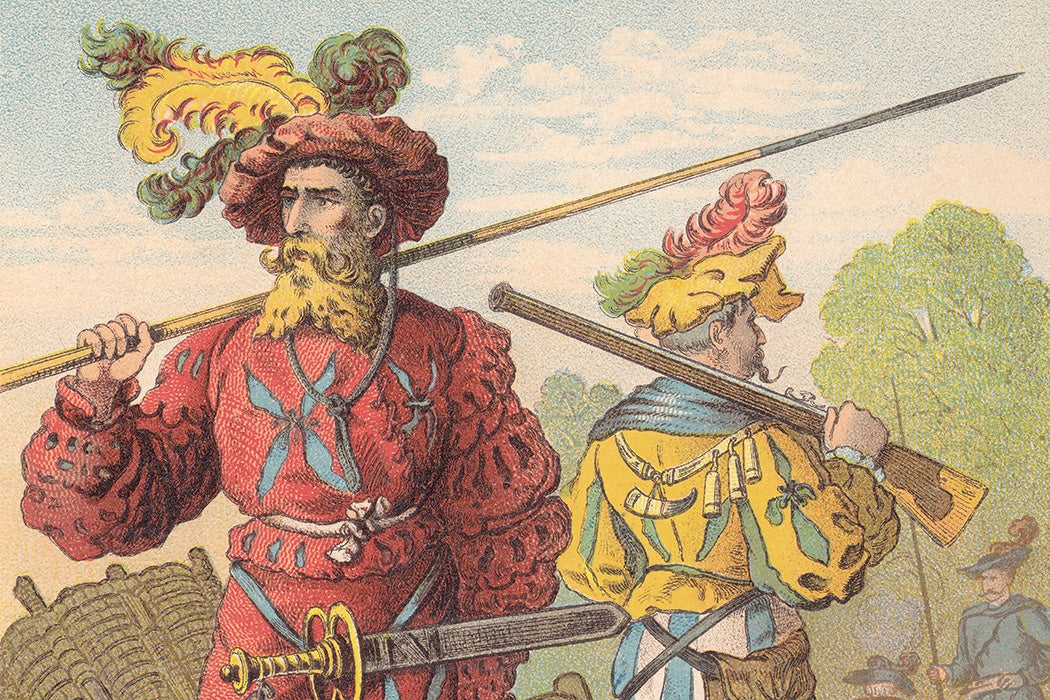 Gunpowder irrevocably changed warfare in Europe during the sixteenth century. But literature lagged behind. The tradition of the Renaissance chivalric romance kept up the illusion of knightly combat, writes literary scholar Sheila J. Nayar, “circumscribing, exorcising, and sometimes even wittingly censoring” the new technology of killing. Face-to-face combat between knights became obsolete, but not so on the page, where nostalgia held on.

“One can hardly examine the literature of the period without casting it in the harsh light of gunpowder culture,” Nayar explains: “shot, cannons, muskets, harquebusiers, and the resulting turn to siege warfare; to massed infantry tactics; and to a radically different sort of naval battle.”

Even the spectacle of jousting carried on, as the wheel-lock pistol made actual cavalry charges suicidal.

Ludovico Ariosto’s Orlando Furioso (1516) set the stage for the banishment of gunpowder from the genre of the romance. Ariosto’s epic is set during the reign of Charlemagne (768–814), long before the use of gunpowder in Europe. Yet Ariosto anachronistically has a scene in which the character Orlando, furious about a ship’s cannon turned against civilians, pushes the “curst devise” (in the 1591 English translation) overboard. Writes Nayar, “Orlando deems the instrument a monster, accursed and, perhaps most all, cowardly in its abuse of the laws that govern a knight’s acquisition of fame.” (Italics in original.)

The literature of chivalry was tied up with the construction of aristocratic manliness. This was the era fencing took off—as a sport. Even the spectacle of jousting carried on, as the wheel-lock pistol made actual cavalry charges suicidal. Sir Philip Sidney was seventeen when he attended very fancy jousts at the French court in 1572; the elaborate mock combats he witnessed would enrich his pastoral romance Arcadia.

Anxiety about manhood shaped the romance, argues Nayar. In the 1480s, William Caxton, who translated Ramon Llull’s The Book of the Order of Chivalry, “bewailed his own era’s neglect of chivalry and its capitulation to decadence, indolence, and effeminacy (due, in part, to the fact that knights now bathed!).” Edmund Spenser’s The Faerie Queene (1590), essentially a how-to for knights, avoided what Spenser called the “devilish yron Engin” (the cannon) by being set in an allegorical world.

Ultimately, the “desire to preserve the old style of warfare as a performance aesthetic” resulted in “carpet knights.” These were men who appeared knightly “via their apparel, their English peppered with foreign words, and their commitment to disputation rather than deeds,” according to Nayar. They played the fantasy part.

Of course, some of these men were also actual soldiers. Far from the cavalry glories of his Arcadia, Philip Sidney would be killed fighting the Spanish in Holland in 1586. Wounded by a bullet in the thigh, he succumbed to unpoetic death by gangrene in the midst of the ghastly reality of sixteenth-century war, described by Nayar as “mud, mines, and muskets.” 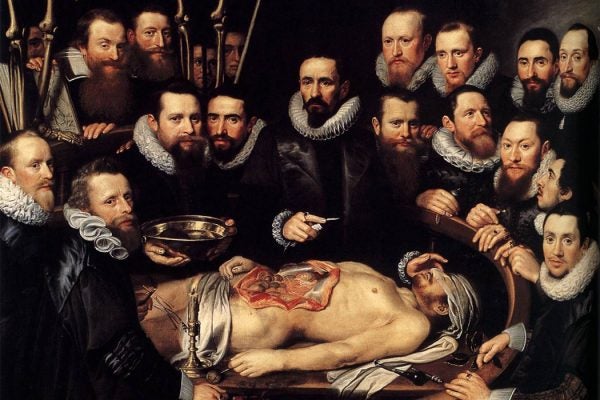