The Case for Lowering the Voting Age

If the standard we hold for who can vote is the consent of the governed, why shouldn’t children be included? 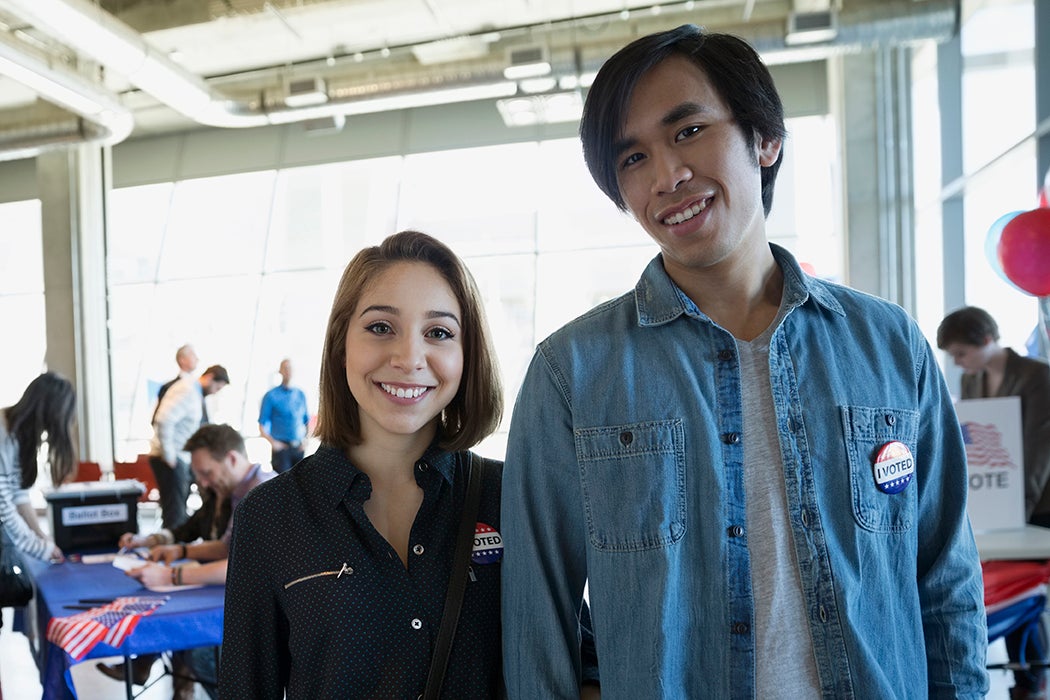 In the wake of the Parkland school shooting in February 2018 at Marjory Stoneman Douglas High School, students across the U.S. have mobilized against gun violence. Newly engaged youth activists from majority-white, economically privileged schools like Stoneman Douglas have joined forces with black youth activists in cities like Chicago, with longstanding traditions of organizing by young people. These students have travelled across the country, providing information to their peers and organizing voter registration drives. And yet, until they turn 18, these engaged citizens can’t cast their own ballots.

Some of them are trying to change that. Vote16, a national initiative of the civics education group Generation Citizen, is supporting local, youth-led efforts in a number of cities to win 16- and 17-year-olds the right to vote in local elections. In Washington, D.C., the kids are also seeking the vote in presidential elections. Sixteen-year-olds can already vote in local races in three Maryland cities and in Berkeley, California.

In some respects, this campaign echoes the youth activism that led to the enfranchisement of 18-year-olds through the passage of the 26th Amendment in 1971. But it also raises more fundamental questions about who should have a say in the government, an issue that has been up for debate in the U.S. since its very beginning.

The push to give 18-year-olds the vote started when Congress began drafting them in 1942. In both World Wars, the draft began with men ages 21 and older but expanded to include younger men as the need for service members increased.

As the historian Rebecca de Schweinitz writes in her contribution to Age in America, the concepts of citizen and soldier have been linked for a long time, with Americans generally viewing 21 as the age for taking up both the gun and the ballot. Between 1942 and 1971, youth activists (and their allies) who wanted to reduce the voting age pointed to young men killed in Europe and the Pacific, and then in Korea and Vietnam, who never had the chance to cast a vote.

They also emphasized the independence of young adults and their contributions to society, de Schweinitz notes. A majority of 18-to-21-year-olds worked full time and paid taxes, and they did not receive special protections for children, such as juvenile courts, child labor laws, or the right to public schooling. Literature supporting the lower voting age noted that 18-year-olds “bear the burdens of citizenship” and “behave and resume responsibility as adults.”

The history of American politics is, to some extent, a story of people demanding the right to vote.

If these are the standards to determine who should be allowed to vote, then 16-year-olds surely shouldn’t. But neither should a lot of other people who can. The history of American politics is, to some extent, a story of people demanding the right to vote, even if they hadn’t previously been seen as contributors or competent decision-makers by those who did have the right.

At the time of the Revolutionary War, the historian Donald Ratcliffe observes, the American colonies commonly limited the vote to those considered to have a “stake in society.” That generally meant owning property, or sometimes paying taxes or serving in the military. Laborers, tenant farmers, enslaved or indentured people, and women were excluded. In some cases, new immigrants and racial or religious minorities were too. But the need to whip up broad support pushed the revolutionaries to extend voting rights further. And the rhetoric of the Declaration of Independence suggests that democratic rights should be based not on voters’ qualifications, but on the basic need for the consent of the governed.

“Radicals began to insist that every adult male deserved the right to vote, and that individual citizens needed the vote to protect them against the possible tyranny of lawmakers,” Ratcliffe writes.

Arguably, the white men of all classes who increasingly gained the right to vote in the early republic had the potential to become landowners, and might be called upon to serve in the military in active combat. But that couldn’t be said for the women, who gained the vote in 1920, as opponents of women’s suffrage were well aware.

Writing in 1909, the anti-suffragist Mrs. Gilbert F. Jones hung her argument against giving women the vote mostly on men’s military service. “A Government owes its existence not to the obedience of its subjects, not to the taxes it receives, but to the fact that the men of the State will come to the support of the State,” she wrote.

Secondarily, she argued that most women of her day couldn’t really be counted as taxpayers since, even if they worked for pay, they weren’t “economically independent.” She claims: “No woman who is economically dependent on her husband or father or whomever may be supporting her may properly be said to pay taxes.”

Americans eventually came around to the idea that women—even if they didn’t work outside the home or fight in wars—were entitled to an equal say in their government. Today, we wouldn’t deny the vote to an adult simply because of a disability that makes it impossible for them to live alone or because their income is too low to pay federal taxes. So why should we keep 16-year-olds—or even younger kids—from the ballot?

We have little, if any, evidence to show that the political preferences of teenagers are any more irrational than those of adults.

That was a question some people were asking in the 1970s. Alongside the more mainstream arguments for giving 18-year-olds the vote, advocates for “children’s liberation” were asking why kids shouldn’t have many of the rights of full citizens. Writing in 1974, Patricia M. Wald, an attorney working on issues affecting children, acknowledged that much of the talk about children’s rights “appears, at first glance, far-fetched, wildly impractical, or simply woolyheaded.” But, she added, the previous few decades had shown how quickly politically marginalized groups—African-Americans, women, people with disabilities, and LGBTQ+ people, among others—could overturn assumptions about their fitness for civil rights and political power.

In modern U.S. society, Wald wrote, adolescents should have at least some control over their choices about work, school, and medical care. The juvenile justice system, for example, should not simply back up parents in conflicts with their children and “randomly threaten a teenager with incarceration if he doesn’t obey his parents.” Instead, the system should be a tool that children can also use “as a counterweight against arbitrary parental authority.”

Perhaps most radically, Wald suggested that it might be a good idea to enfranchise children as young as 12 or 13. Even if they haven’t yet completed a high school civics class, she wrote:

[W]e have little, if any, evidence to show that the political preferences of teenagers are any more irrational than those of adults. If the debates in your home track with ours, you may have quite the opposite feeling. The stake of young people in their local and national leaders and leadership is enormous; and the automatic disenfranchisement of young citizens, without empirical justification, is a blatant anomaly in our democracy.

In 2011, Daniel Hart and Robert Atkins, childhood studies scholars at Rutgers University, bolstered Wald’s anecdotal observations from her own home with survey data suggesting that, on average, adolescents—at least those ages 16 and up—are intellectually mature enough to vote. They looked at a U.S. survey that asked people ages 14 and up about their civic knowledge, their tolerance (should unpopular speech or controversial books be allowed?), their political skills (could they write a letter to a politician, or speak at a public meeting?), and their interest (did they follow the news?). The results showed that 16-year-olds scored as well, or nearly as well, as adults on all the measures. Fourteen-year-olds did as well as their elders on some measures, though they were significantly less knowledgeable about civics and less tolerant.

Hart and Atkins also insisted that 16-year-olds have different interests from adults that ought to be captured at the ballot box. For example, young people are more supportive of federal funding for public schools and for college financial aid. In addition, they wrote, voting is likely to deepen teenagers’ interest in civic life, helping them to become lifelong political participants.

It’s true that not all 16-year-olds are rational, politically savvy thinkers. But, as theoretical ethicist John Wall writes, it’s not as though we hold adults to that standard:

If a particular level of competence were indeed necessary for suffrage, then one could argue that many schizophrenic, senile, low IQ, or even just thoughtless adults should be denied it; while many intelligent, politically active, or even just ordinary children and youth should not.

In a 2014 paper, Wall argued for the total enfranchisement of children. Drawing on an actual proposal introduced in Germany, he suggested that children should receive the right to vote the moment they’re born, with their parents empowered to act as proxies. Then, whenever children develop the interest and capacity to register, they can claim the vote for themselves. In this system, even very young children would be acknowledged as people with political needs, with their parents recognized as the best judges of what those needs are. Meanwhile, older kids with an interest in politics—like the ones organizing around gun violence across the country—would be able to take part in the political system they live in.

If the standard we hold for who should vote really is the consent of the governed, there’s no reason they shouldn’t. 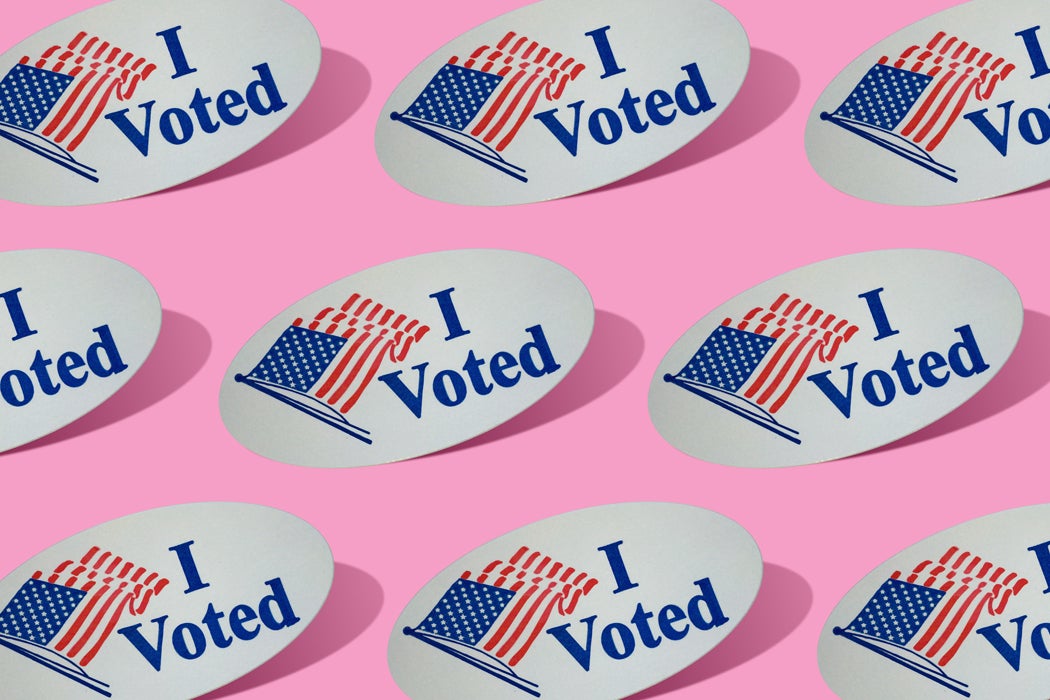 Livia Gershon
In United States midterm elections, it is common for as few as 40% of eligible adults to vote. Why it matters, and some possible solutions.

Share Tweet Email Print
Have a correction or comment about this article?
Please contact us.
electionsVotingChildren, Youth and EnvironmentsHuman RightsJournal of the Early RepublicThe Annals of the American Academy of Political and Social ScienceThe North American Review

The Right to Vote and the Rise of Democracy, 1787—1828
By: DONALD RATCLIFFE
Journal of the Early Republic, Vol. 33, No. 2 (Summer 2013), pp. 219-254
University of Pennsylvania Press on behalf of the Society for Historians of the Early American Republic
Some Impediments to Woman Suffrage
By: Mrs. Gilbert F. Jones
The North American Review, Vol. 190, No. 645 (Aug., 1909), pp. 158-169 (12 pages)
University of Northern Iowa
MAKING SENSE OUT OF THE RIGHTS OF YOUTH
By: Patricia M. Wald
Human Rights, Vol. 4, No. 1 (Fall 1974), pp. 13-29
American Bar Association
American Sixteen- and Seventeen-Year-Olds Are Ready to Vote
By: DANIEL HART and ROBERT ATKINS
The Annals of the American Academy of Political and Social Science, Vol. 633, The Child as Citizen (January 2011), pp. 201-222
Sage Publications, Inc. in association with the American Academy of Political and Social Science
Why Children and Youth Should Have the Right to Vote: An Argument for Proxy-Claim Suffrage
By: John Wall
Children, Youth and Environments, Vol. 24, No. 1 (2014), pp. 108-123
University of Cincinnati 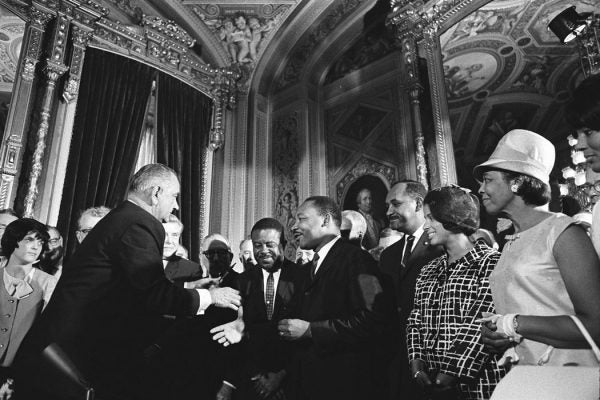