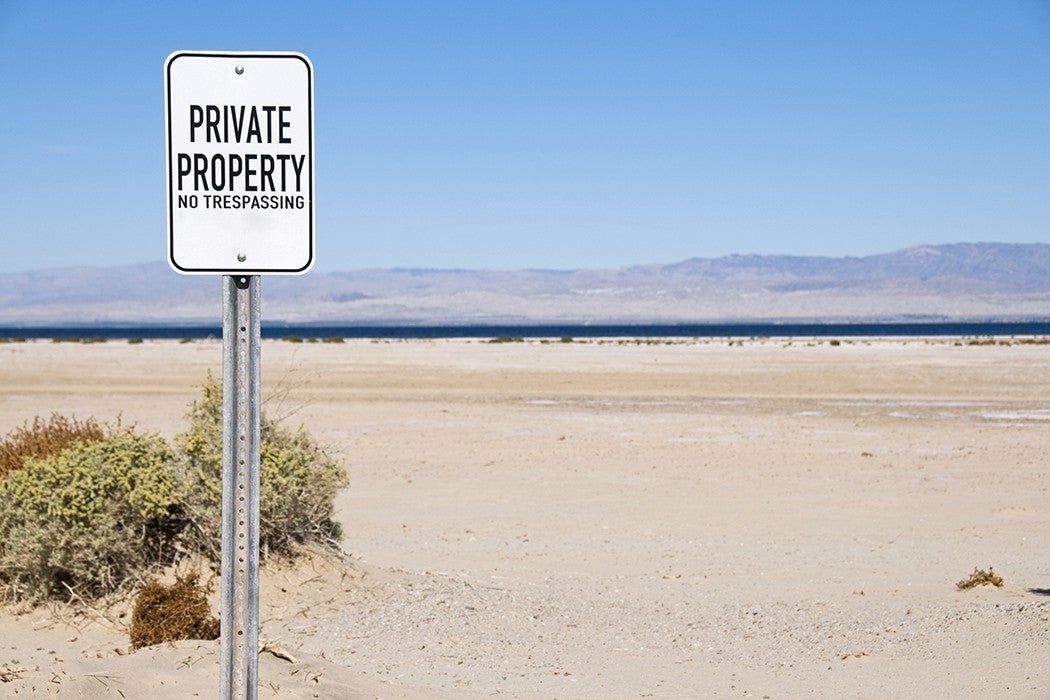 Ah, the beach! Sun, sand, surf… and Private Property/Keep Out signs. According to NOAA, there are 97,471 miles of shoreline in the United States, but far, far less of this is actually public. Because many more people want access to beaches than own beach-front property, this is a perennial legal problem, largely because it’s a surprisingly ambiguous case of ownership.

Property lines, after all, are hard boundaries surveyed down to fine lines. But a shoreline is the opposite of all that: the littoral zone fluctuates daily with the tide and yearly with the seasons and storms.

As Jennifer A. Sullivan defines it, the problem on this sand-water frontier is two-fold: “the right of the public to use the beach and the right of private landowner to exclude.” The way we have traditionally reconciled these inevitable conflicts (“Get off my beach!” “Hey, I’m just walking here!”) in the U.S. is to say that private property extends to the “mean high tide” line. Below that to the water is public land, sometimes a lot of it at low tide. In theory, therefore, you could beachcomb the entire coastline, as long as you were walking in wet or damp sand.

When it comes to beaches, it’s tough to draw a legal line in the sand.

In Florida, Sullivan’s case study state, where the beaches are a primary draw for both residents and visitors, this is actually codified in the state constitution: “beaches below mean high water lines” are held by the state in trust for all its people. Yet this mean high tide/water line is a “legal fiction because it cannot be permanently drawn in the sand separating private land from public land.”

Sullivan explores how the right to the beach is preserved in the face of an ambiguous legal line and recalcitrant landowners (in her studies, these are generally corporate entities like beach clubs, not individuals). The “public trust doctrine” now encompasses swimming, as well as the more traditional navigation, commerce, and fishing uses. The tradition of “customary usage” is also particularly effective; it holds usage that is “ancient, customary, and notorious” is generally protected by the courts. (Incidentally, “Ancient, Customary, and Notorious” would be a great title for a beach read, wouldn’t it?) 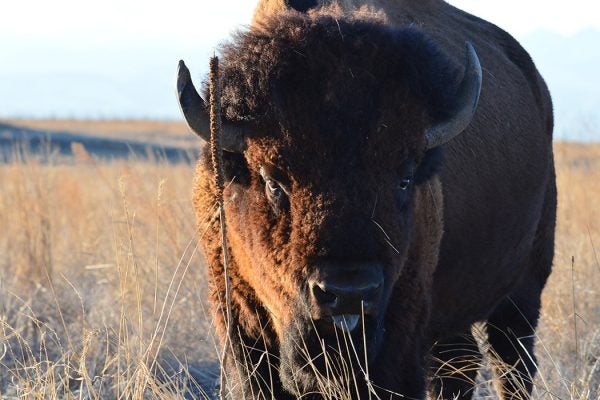 The American bison joins the bald eagle as the second national animal. What will the designation mean for its conservation status?