A Brief History of Skis 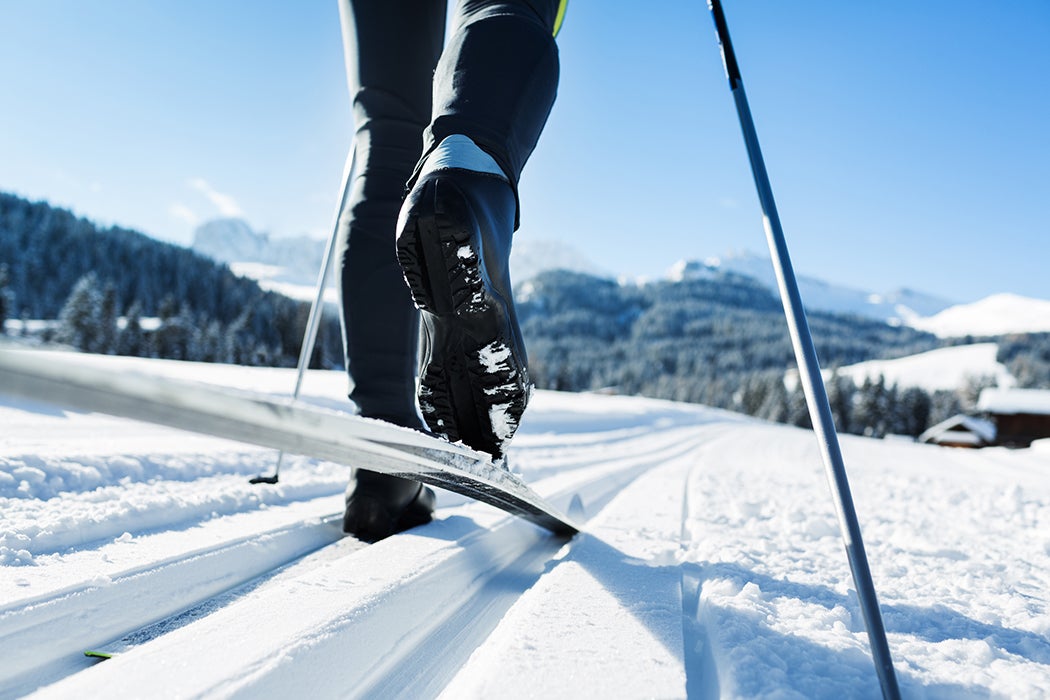 When the cross-country skiers push off for the 50 kilometer race at the Winter Olympic Games in Pyeongchang, they will glide across the groomed track on slender skis, propelling themselves with lightweight poles in their pursuit of a gold medal. But the high-tech equipment used by the athletes in Pyeongchang is only the latest step in a long tradition of ski technology. The “Rødøy Man” skier, the inspiration for the 1994 Olympic pictogram, was scratched into rock in northern Norway about 4,500 years ago.

Cross-country skiing began as–and remains–a means of transport. For centuries, skiing was the only way to hunt, herd, or forage north of the Arctic Circle. Movement across snow required substantial amounts of energy, so the quest for means to glide more quickly and easily was, ultimately, a matter of survival.

How have skis changed from ancient times to today?

In 2005, Federico Formenti and colleagues at Manchester Metropolitan University Cheshire, tested historical ski designs to see how much energy skiers would have needed to get from one place to another using them. In the experiment, five skiers tested skis from six milestones of ski development. They kicked and glided their way down the length of a ski tunnel. These six skis paint a picture of the history of skiing.

The researchers tested a reproduction of the Salla ski, found in Finland and dated to 3200 BCE. These skis were flat, and skiers used just one pole to keep their balance, brake, and turn. Animal skins wrapped around the foot served as boots, a leather strap as binding. By 549 CE, the time at which the Mantta ski was used, skiers had added animal fur to the front half of the ski’s underside to get more grip during kicking. And instead of sinking into the snow, the skis could now float on it, thanks to an engraving that made the tip curve up.

The next skis, modeled after originals from 1300 CE, would be quite remarkable today. Skiers kicked on a short and glided on a long ski. Proper boots also entered with this design. At the end of the nineteenth century, cross-country skiing also became a leisure activity. Tar on the underside of the long ski reduced the amount of friction between ski and snow, and skiers now propelled themselves forward with two bamboo poles.

With the first Winter Olympic Games in Chamonix in 1924, cross-country skiing spread across the world. With processed snow and prepared tracks, skis became thinner, shorter, and lighter. Formenti and his colleagues tested the last wooden skis, from the 1970s, which were prepared with grip wax on the underside. In the 1980s, the use of the skating technique revolutionized cross-country skiing. Rather than kicking and gliding, skiers pushed forward like an ice skater. Both “skating” and “classical” skis are now made of very light carbon fiber and graphite.

The tests showed that with each new ski, less energy was needed to cover the same distance. Compared to skiers in 549 CE and before, skiers today need less than half the energy to travel the same distance. Formenti and his team found that skiers can now ski faster because there is less friction between skis and snow and the equipment is lighter. At the same time, sliding length has increased.

What can be done with these results?

For each historical ski, the researchers calculated the maximum sustainable performance in terms of speed and duration. With this in mind, the team interpreted historical feats that inspired two popular ski races, the Birkebeiner and the Vasaloppet.

The 54 kilometer Birkebeiner race in Norway commemorates a trip by two loyalists of the Birkebeiner Party, a rebellious Norwegian political faction organized in 1174. In 1206 CE, they saved the two-year-old Norwegian prince Håkon Håkonsson by carrying him across snowy mountains. Today, racers carry a 3.5 kg backpack to symbolize the child. Using the speed record of 2002, 2 hours and 38 minutes, the researchers estimate that it would have taken the original Birkebeiners 5 hours to ski the distance with their ski technology.

The 90 km Vasaloppet in Sweden commemorates how, in 1520, two skiers raced after Gustav Ericsson Vasa, the future King of Sweden, to convince him to take up the fight for independence from the Danes. Using the record set in 2004, 3 hours and 48 minutes, the researchers estimate that the original skiers would have needed 8 hours and 10 minutes to race after Gustav Vasa.

The one hour and 45 minutes in which gold medalist Alexander Legkov raced 50 kilometers at the Sochi Winter Olympics pale in comparison. And skiers in Pyeongchang may set new records still. 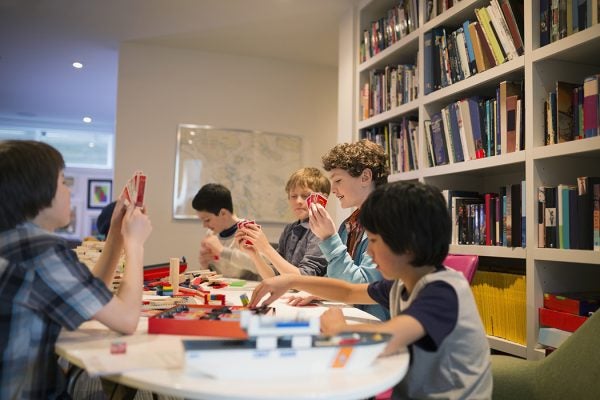 The Grand Old Tradition of Gaming at the Library

Visit your local public library today and you may find rows of kids playing computer games, or even a couple of Xboxes. Gaming at the library is a tradition that goes back to the 1850s.