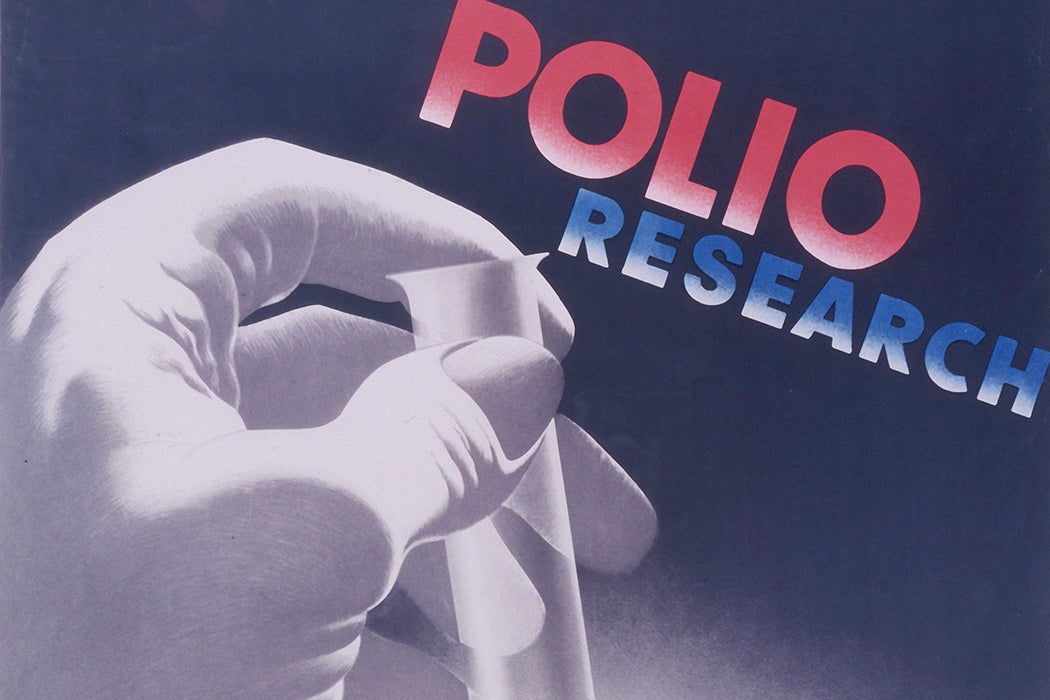 While the rise of long COVID (or post-COVID conditions) may be surprising for some people, post-viral diseases are nothing new. For instance, some people developed what became to be known as “post-polio syndrome” after they’d survived paralytic polio, a disabling and deadly disease caused by the poliovirus.

The epidemic spread of polio across the United States in the first half of the twentieth century dramatically changed social behavior, especially for children, who were especially at risk from the virus. The possibility of dying from the infectious disease was real, writes doctor, clinical researcher, and polio survivor Lauro S. Halstead. More than 50,000 Americans contracted polio in 1952 alone. With a mortality rate of about 12 percent, public fear and panic were understandable.

“In the late 1970s, recovered patients began to report a host of perplexing symptoms.”

Jonas Salk’s and Albert Sabin’s vaccines (released in 1955 and 1960, respectively) effectively vanquished paralytic polio. Between 1961 and 1964, only 87 cases were reported in the United States. “For the average American, polio no longer meant a disease but a vaccine. Medically,” explains Halstead,

polio came to be regarded as a static, nonprogressive neurological disorder. It was believed that after rehabilitation and reeducation most survivors could reach a plateau of neurological and functional stability that would last more or less indefinitely—and that is where our understanding of polio as a chronic disease remained until fairly recently.

But in the late 1970s, recovered patients began to report a host of perplexing symptoms: fatigue, muscle pain, joint pain, and—most alarming for anyone who had suffered through a bout of paralytic polio—new muscle weakness. By the 1980s, the medical community began to take notice of the accumulating reports and subsequently coined the term “post-polio syndrome.”

Halstead became newly interested in the virus when he, too, “began developing new weakness in [his] legs,” years after he had conquered the disease. “As the weakness progressed over a period of months, I went from being a full-time walker who jogged up six flights of stairs for exercise to having to use a motorized scooter full-time at work.”

Digging into his symptoms, Halstead discovered that post-polio syndrome was first described in medical literature in the late nineteenth century. Yet by the time he was scrutinizing the history of the poliovirus, doctors still knew little about the after-effects of an infection (and supposed cure). One stumbling block for researchers is that it remains unclear how many people even have it. “No one knows how many survivors of paralytic polio have post-polio syndrome,” Halstead writes. “Some studies indicate the figure could be as high as 40 percent.”

Similarly, there’s no consensus as to how post-polio syndrome specifically develops following the resolution of the primary viral infection.

“The most plausible hypothesis proposes that the muscle weakness is simply the result of overuse of individual motor neurons over time,” Halstead writes. “This explanation assumes that after recovery from polio the surviving giant motor neurons must labor more than normal neurons just to maintain daily activities.”

According to the Mayo Clinic, there’s no test that confirms post-polio syndrome; medical records that confirm that a person contracted polio earlier are key part of the diagnosis.

Optimistically, the symptoms of the syndrome can be managed even if the mechanism of infection and development aren’t well understood. “Effective intervention can be as simple as prescribing a cane or a wheelchair or as complicated as putting someone in an iron lung or providing some other form of assisted ventilation,” Halstead notes.

People with post-polio syndrome can and have lived successful lives. But the story for most, claims Halstead, “is made possible by denying their disability and the reality of what was lost and the life that might have been.” Famously, United States President Franklin D. Roosevelt hid his disability and challenges with paralytic polio and post-polio syndrome. Due to disability stigma—and possibly a bit of necessary self-deception—Roosevelt “went to extraordinary lengths to disguise the extent of his disability” even though he held the nation’s highest office.

People with post-polio syndrome have pushed for disability advocacy and acceptance in the US, leading to the Independent Living movement and legislation like the Architectural Barriers Act and the Americans with Disabilities Act. Still, the absence of education about post-polio syndrome has left survivors behind. And the lack of definitive answers about post-viral disabilities in general is now affecting people dealing with long COVID.

the fight against polio brought out many of the best qualities of American society… Then the vaccines were developed, and not only did polio disappear in America but the war against polio seemed to be forgotten— along with the survivors. Once held up as examples of heroic human fortitude, thousands of polio survivors who continued to need medical and financial help were largely ignored by the public. As veterans of other wars would continue to discover, the public does not like to be reminded of the wounded and the dead after the war is over.

If the American experience of paralytic polio and post-polio syndrome has taught us anything, it may be that we need to pay more attention to Halstead’s “wounded and uncounted survivors” now instead of waiting a decade to see what develops.