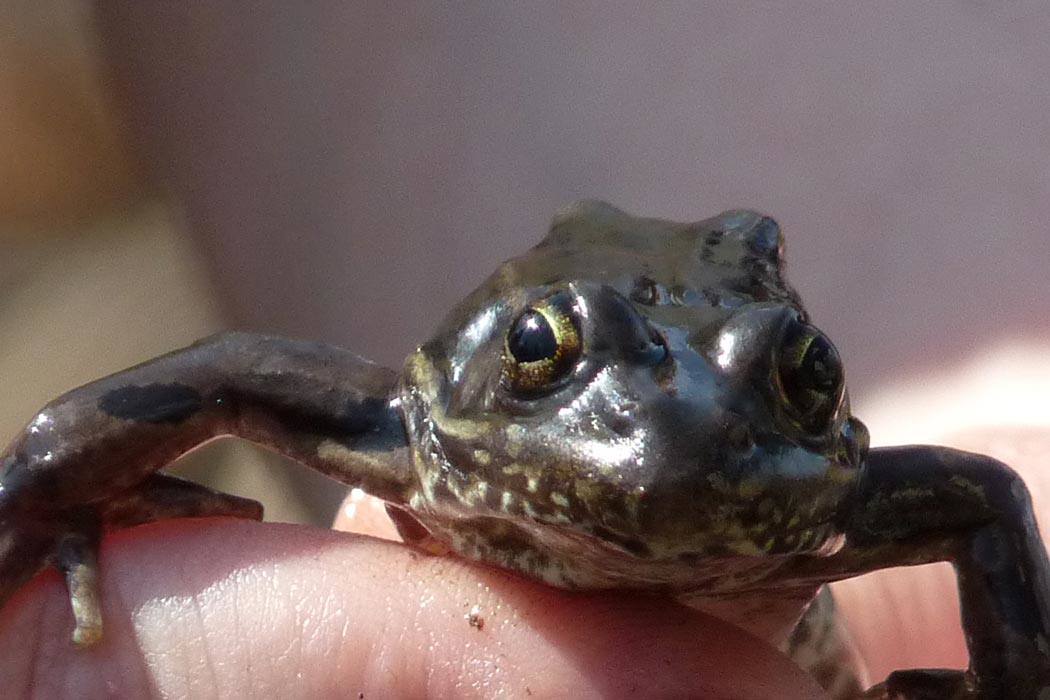 The Atlantic Coast leopard frog was having its moment. In a wetland in central Connecticut, just months after it had been named as a new species, cell phones and even a telephoto lens came out. A crowd of scientists, nature preserve managers, and amateur naturalists navigated around roots and clumps of grass for a better shot. Someone might have even taken a selfie with the frog.

Despite the excitement, the Atlantic Coast leopard frog itself seemed rather ordinary. At first glance, it’s actually difficult to see how it differs from other leopard frogs. That’s one reason why it went unrecognized for so many years, even while living in a habitat that’s far from remote: the New York metropolitan area. But Matthew Schlesinger, who is leading a multistate effort to learn more about the newly identified species, says it definitely has distinguishing features.

“One way to tell these guys from the northern leopard frog is that the vocal sacs on this new species are much bigger,” said Schlesinger, chief zoologist for the New York Natural Heritage Program. Also, compared to the southern leopard frog, “the Atlantic Coast variety tends to have less of their surface area covered by spots.”

This all began with Jeremy Feinberg, a doctoral candidate at Rutgers University, who was researching why a population of southern leopard frogs had disappeared from Long Island when he came across the Atlantic Coast variety. He announced his findings last October in the science journal PLOS ONE.

During breeding season, male leopard frogs of all species call out to the females, each species making a unique sound that’s either reminiscent of a kid running a stick along a picket fence, the squeak of a rubbed balloon, or an attempt to start a car that’s out of gas. But at the end of one day, Feinberg heard a noise he didn’t recognize as a leopard frog: a chorus of coughs interrupted by snores.

Feinberg collaborated with other researchers to collect and analyze DNA from the frogs he heard and to record and evaluate their calls. They found that there was a third, unrecognized species of leopard frog in the greater New York metropolitan area—the Atlantic Coast leopard frog, herpetology’s new kid on the block.

The mitochondrial DNA of the new species showed the Atlantic Coast leopard frog was actually more closely related to the pickerel frog than other leopard frogs.

Scientists had toyed with the idea of a third leopard frog species before. In 1937, Carl F. Kauffeld published a paper in the journal Herpetologica proposing three leopard frog species in the New York City area. Kauffeld, who is better known for his work with snakes, later became the director of the Staten Island Zoo, and his leopard frog theory was abandoned.

By the middle of the 20th century, scientists recognized only a single leopard frog species, Rana pipiens, for all of North America. That changed in 1974 when two separate species of leopard frogs, a northern and a southern, were named.

In recent years, thanks to DNA and digital bioacoustic analysis, Feinberg was able to tease out the differences between three species of leopard frogs, especially in and across New York City. In a nod to his herpetological forefather, Feinberg gave the new frog species the scientific name Rana kauffeldi—nearly 80 years later, Kauffeld got his due.

Researchers, led by Schlesinger, are using a federal grant to identify the exact range and habitat the new species prefers. This information will be vital to state wildlife managers as they decide whether or not the species needs protecting.

Schlesinger’s two-year study will also identify the Atlantic Coast leopard frog’s call in the fall. If the frogs’ distinct sound is heard where it wasn’t expected, that area could be added to the list.

As scientists understand it now, the northeast limit of the Atlantic Coast leopard frog’s range is the wetlands of central Connecticut. So far, extensive surveys in Massachusetts have turned up only northern leopard frogs. However, the new species was found in surprising numbers in a narrow ribbon along the coast from New Jersey to northern North Carolina.

This new urban frog species also exists in industrial wetlands like the New Jersey Meadowlands. “Ruling a place out because it doesn’t look nice is a mistake,” Schlesinger told his research team during a recent field trip. One researcher even wondered if the frog lives anywhere idyllic.

As the study he leads winds down, Schlesinger says there’s more work to be done: “This study is just the first page of information for the field guide.”

In his 1937 paper, Kauffeld was confident that further study would reveal the physical distinctions between his three species’ larvae (what we commonly know as tadpoles). That information is still unknown. Schlesinger also thinks it’s important to learn how the various species of leopard frogs divvy up the habitat when they occur in the same place.

When Schlesinger returned to the wetland with the field trip group at sunset, the water reflected an orange sky, ripples emanating out sporadically from leaping frogs. This time, the group stayed on dry land. But they were close enough to be enveloped by a chorus of coughs and snores.

“You can count yourselves,” Schlesinger told his group as they turned to leave, “among the tens of people in the world who have heard that sound and knew what it was.” 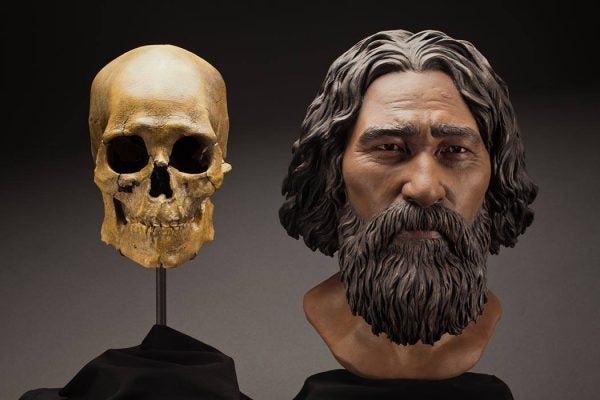 A New Chapter to the Controversial Case of Kennewick Man

Kennewick Man is indeed most closely related to modern Native Americans. New results bolster the argument for repatriation and reburial.