Are We Spoiling Our Kids with Too Much Praise?

Is the “gold medal for all” approach fueling a generation of narcissists? 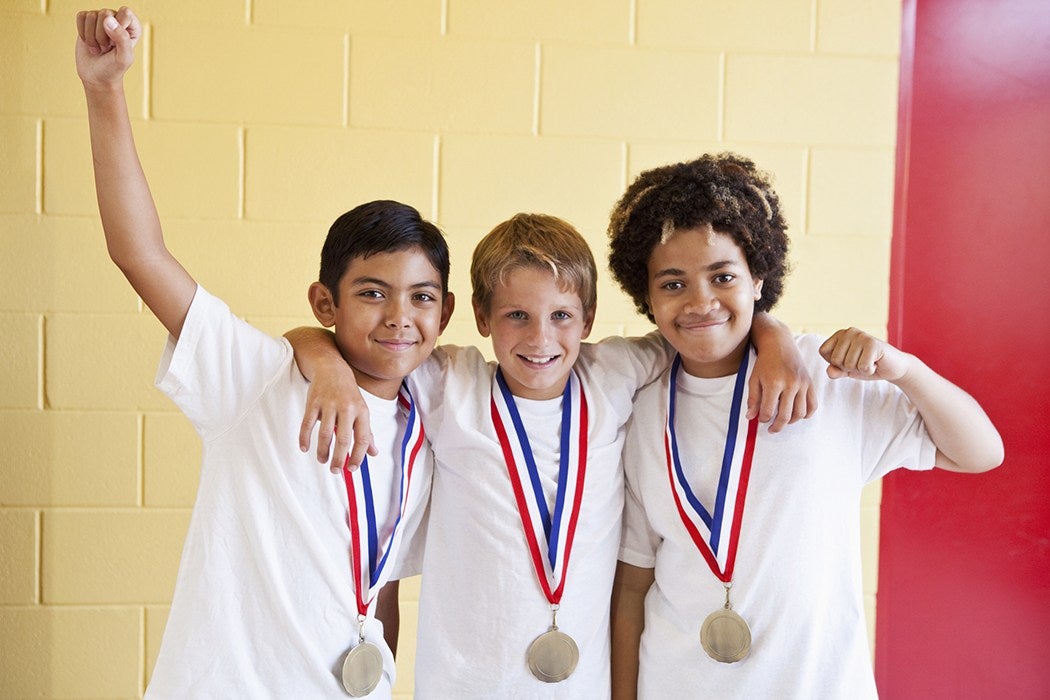 When my daughter came home from her third-grade sports day with a plastic gold medal, I asked her what she had won it for.

I looked at my husband, who had been at her school all day cheering her on.

“They got a medal just for showing up?” I asked.

He didn’t seem to think there was a problem with this, but it niggled at me for weeks. I couldn’t help wondering about the kids who are genuinely gifted in the 30-yard dash or at jumping over hurdles. How would they feel being awarded the same medal as the ones who have zero interest in running and jumping or are just not that good at it? Have we reached the point where we can’t be honest about our children’s skills and limitations?

Educators and psychologists have debated the subject of praising children just for showing up for decades. You often hear comments like, “We are in a new age of narcissism” or, “We are entering a new me generation.” Is there, in fact, a connection between entitlement and how much praise we give our children? If so, what can we, as parents, caregivers, and educators do about it?

Studies show that feedback is a necessary component in a child’s sense of self-worth. But they don’t seem to need praise in order to thrive.

Although the debate is far from over, well-accepted studies in this area come to the conclusion that, yes, in many ways our well-intentioned tendency to lavish our offspring with praise is fueling a generation of narcissists. I am still not happy with the “gold medal for all” approach to sports day, but I have to grapple with the fact that many of us live in a society that values praise over engagement and end goals over process.

In the 1960s and 70s, the cultural pendulum had swung a great distance from the Victorian idea that sparing the rod would spoil the child. We had, thankfully, moved from seeing children as little adults who could be sent down the mines, to viewing them more or less as equals. Child-led learning was gaining ground; parents told their kids to call them Carol and Bob, not Mom and Dad. The issue of praise has swung alongside the pendulum: Gone is the Dickensian approach of “building character” through coldness and disinterest, but parents and teachers are now beginning to question the “everything is great” mode. We have shifted toward a middle ground, one where we understand that feedback is good, but praise does not always bring about the outcome we hope it will.

The educational psychologist Jere Brophy, writing in the Elementary School Journal, provides an example of a well-meaning statement we can all relate to:

At its core, this example evinces the desire to boost a pupil’s confidence by using praise. But Brophy notes that this method of praising will probably “backfire, causing the recipients pain or embarrassment rather than making them feel good.” This is because praise on its own is not enough. The quality, context, and intention behind the praise matter, too. Bill correctly works out a very easy problem and is given extra accolades; meanwhile, his classmates have managed much more difficult ones but are shown less approval. This undermines the child’s trust in the person praising their efforts, thus devaluing the praise.

Studies show that feedback is a necessary component in the building of a child’s sense of self-worth. But, interestingly, students do not seem to need praise in order to thrive. Feedback is distinct from praise in that it engages with a child’s efforts rather than simply passing a value judgment on them.

In more recent studies, another danger emerges: Approval itself can become the “extrinsic reward,” the end goal. A child who is praised often will begin to crave the satisfaction he or she gets from pleasing their parent, teacher, or caregiver. Instead of doing something for the pure joy of it, the child will begin to do it simply for the praise. This is not a healthy cycle, and it can turn children into approval addicts. Their worth comes from the recognition they get rather than an inner sense of achievement or fulfilment.

In addition, there is some research showing that intrinsic motivating factors, such as wanting to learn the meaning of a difficult word or getting lost in the act of painting simply for the pleasure it brings, are incompatible with extrinsic factors. Writing in the Educational Psychology Review, Martin V. Covington and Kimberly J. Müeller take this idea further, positing that “when teachers attempt to encourage intrinsic behavior directly—for example, by acknowledging students for pursuing already established interests such as poetry writing—then ironically, these activities may be discouraged….Such discouragement is believed to occur because the offering of additional rewards devalues an already self-justifiable activity, which from the student’s perspective translates as, ‘If someone has to pay me for doing this, it must not be worth doing for its own sake.’”

If praise becomes the focus for preschoolers, and then shifts into wanting those gold stars at elementary school, it can then segue into craving the top grades in high school. This isn’t necessarily a bad thing, but all we are doing is training our children to attain goals rather than to pursue learning for its own sake. In fact, a study of college students found that they rated “achieving the highest grade possible” as their main reason for learning. Things like “increasing one’s knowledge” or “undertaking work as a matter of personal challenge” rated much lower in their priorities.

Although in some educational situations, some amount of praise can lead to short-term results, “these gains are countered by lower levels of motivation for continued learning.” There is evidence that “the more children are induced to do something for a reward, whether the reward is tangible or verbal, the more they show a diminished interest the next time they do it.”

So how do we foster in our children a desire to learn, rather than a desire to please us? One simple way is to praise the effort over the outcome. Not only does this encourage them to keep doing whatever it is, it takes the focus away from “good” and “bad,” placing it on the idea that working toward something can be its own reward. In other words, instead of thinking about praising our children, we should be concentrating on encouraging them. Some psychologists are keen to emphasize that we need to provide specific feedback rather than overall generalizations. We should also work toward creating an atmosphere where children feel safe making mistakes. Failure is part of the process of learning and is something we often overlook.

Psychologists suggest using “sincere, direct comments” in a “natural voice.” In other words, try not to say you think something’s great if you don’t, and don’t overdo the enthusiasm. It can be tricky: When I am confronted at the school gates with a robot made out of All-Bran boxes, my first thought is, “Oh dear, just one more thing to clutter up the house.” The object may not display any sort of skill or be particularly nice to look at, but my daughter might be quite proud of her creation. Asking her about it is a better tactic rather than wading in with disingenuous positive comments. Encouraging her to tell me about her process saves me from making insincere remarks.

Although most parents and educators agree that some praise, or, more precisely, “positive encouragement,” is critical to developing children’s self-esteem, the keys are to limit it, to keep it focused, and to be honest with it. If we applaud everything our children do simply because they have done it, then we are teaching them that mere existence is enough. This leads to entitlement and narcissism, not self-assurance and confidence. We underestimate how much children can see through dishonesty. They so often know what we really think, and it’s important for them to trust us.

In our fast-paced technological age, we are witnessing an upsurge in what some see as the normalization of narcissism—not garden-variety self-regard, but pathological self-absorption. And I can’t help but make the connection between a generation of approval-needy children and one of parents whose heads are buried in their smartphones. Perhaps, while we are simply too busy to notice, we are using praise as a sort of shorthand: the “like” button on Facebook, the thumbs-up emoticon in a text message. If all a child needs to do to get that endorphin-y hit of approval is grab two seconds of our time, then this will become the norm, the model for proper engagement.

It is up to us to see that the children in our midst are presented with the mess of reality, with their failures as well as successes, with joy as much as disappointment. We owe them more than plastic gold medals for participation: We owe them the ability to confront complexity. It is our honesty—and not our distracted “wows”—that will provide our children with the skills needed to live in the real world, the one that lies beyond the bubble of constant praise. 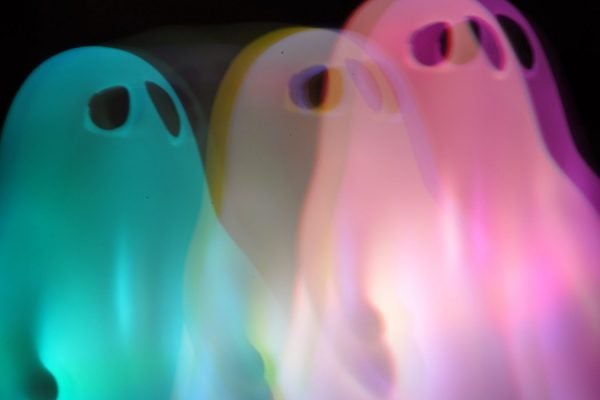 Why Were Americans Obsessed With Ghosts in the 1940s?

In 1940s America, two folklorists undertook the task of collecting and studying the "modern" ghost stories of their time.