This non-exhaustive reading list discusses the origins of affirmative action, the question of race vs. class, and the effects of meritocracy. 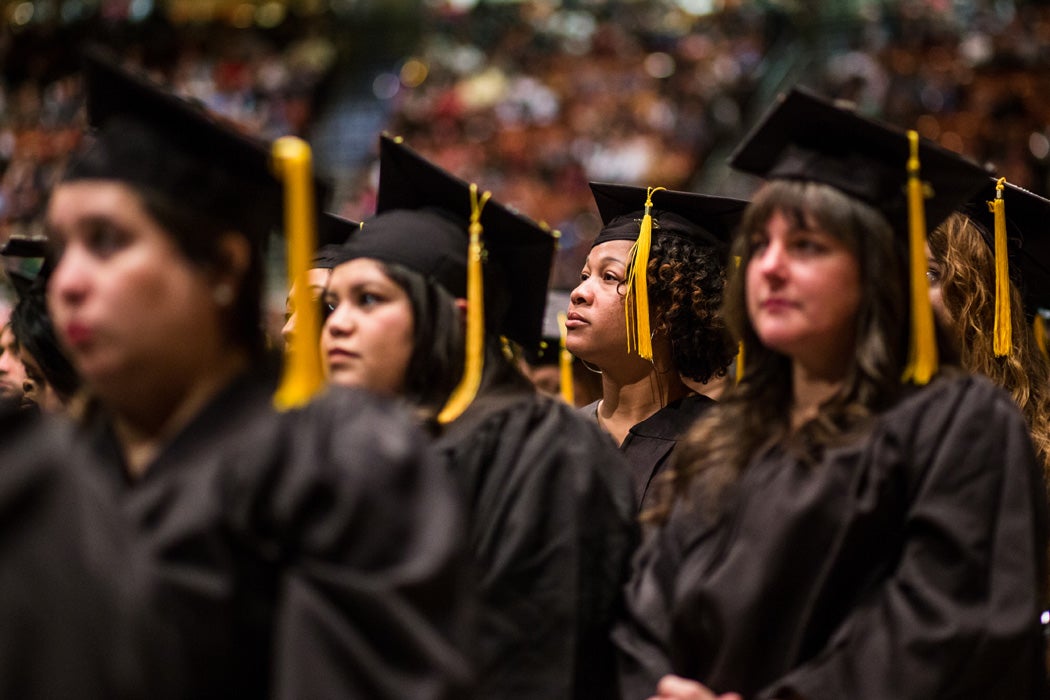 Affirmative action seeks to increase the representation of women and minorities in employment and education, spaces where they have been historically excluded. However, the discussion of preferential treatment based on racial or socioeconomic status has ignited intense public controversy, as highlighted through the college admissions scandal. The scandal exposed the underlying tensions between class and race in the United States, exhibiting the ways in which privilege is opposed to fairness.

The Origins of Affirmative Action

Tierney, William G. “The Parameters of Affirmative Action: Equity and Excellence in the Academy.” Review of Educational Research (1997).

Tierney provides a historical analysis of affirmative action in higher education. Why was it needed as a policy? He then outlines the philosophical and legal ramifications of affirmative action before evaluating criticism and alternatives. He concludes that affirmative action should not be about rewriting past wrongs. Rather, the goal is to develop policies that serve the public good by advancing diversity and facilitating a culture of public participation.

Stulberg, L., & Chen, A.  “The Origins of Race-conscious Affirmative Action in Undergraduate Admissions: A Comparative Analysis of Institutional Change in Higher Education.” Sociology of Education (2014).

This comparative and institutional analysis of race-conscious affirmative action policies found that affirmative action arose in two waves during the 1960s. The first wave of adoption occurred in the early 1960s, by colleges in the North that were inspired by the nonviolent civil rights protests occurring in the South. The second wave of adoption emerged in the late 1960s as a response to student protests on campus.

Bok, Derek. “Assessing the Results of Race-Sensitive College Admissions.” The Journal of Blacks in Higher Education (2000).

Derek Bok, the former president of Harvard University, discusses race-based affirmative action in college admissions. After studying more than 60,000 students, the author learned that most minority students attending selective colleges would have been rejected under a “race-neutral” admissions process. Bok assesses the different policy alternatives, like class-based affirmative action and top 10 percent plans. However, he concludes that these policies likely would not lead to the creation of racially diverse classes. He concludes that race-conscious admissions are the only solution that achieves diversity by admitting the best qualified minority students.

Using data from the National Longitudinal Survey of Youth, Cancian tries to simulate the impact of moving away from a race-based admissions process to class-based affirmative action by examining whether racial and ethnic minorities would be eligible for a class-based program. A class-based college admissions process likely would bound the eligibility of racial and ethnic minorities and would not have similar results to race-based affirmative action.

Holzer, H., & Neumark, D. “Affirmative Action: What Do We Know?” Journal of Policy Analysis and Management (2006).

This research report evaluates the effects of affirmative action on employment, college admissions, and government contracting. The empirical evidence shows that affirmative action programs shift employment, admissions, and government contracting away from white men and toward women and other minorities. However, these shifts in employment and college admissions do not have significant or large effects on the representation of minorities in colleges and university programs. Holzer and Neumark note that replacing race-based affirmative action with a different set of policies based on income or class rank likely would reduce the number of minorities enrolled at selective colleges.

Sander discusses how UCLA School of Law incorporated class-based preferences into its admissions system and then evaluates the results. He discusses how the class preference system increased the socioeconomic diversity of the student body but had mixed results in preserving racial diversity.

The Challenges of Meritocracy

Liu, Amy. “Unraveling the myth of meritocracy within the context of US higher education.” Higher Education (2011).

Liu argues that in meritocracy, social status becomes intertwined with level of education. Colleges and universities are now the gatekeepers of class positions and access to them will determine future class status. Liu discusses how higher education should serve as an instrument to expand opportunity and not be reduced to a “defensive necessity.” She signals that it is important for researchers to examine the theoretical basis of meritocracy and its consequences in higher education.

Using the framework of critical race theory, the authors discuss the role of race and racism in shaping educational institutions. They also discuss how color-blind, diversity, and remedial legal rationales are shaped by race and racism, underlining how conservatives challenge affirmative action based on a “colorblind” rationale, where race-blind admissions ensure meritocracy. Liberals, on the other hand, defend affirmative action based on a diversity rationale, where minority students enrich the learning environment for white students. The remedial rationale wishes to grant minority groups access as a partial remedy for past and current discrimination.