A Nation in Decline, as Always

What does it really mean for a nation to be “in decline?” And why does it make for such appealing political rhetoric? 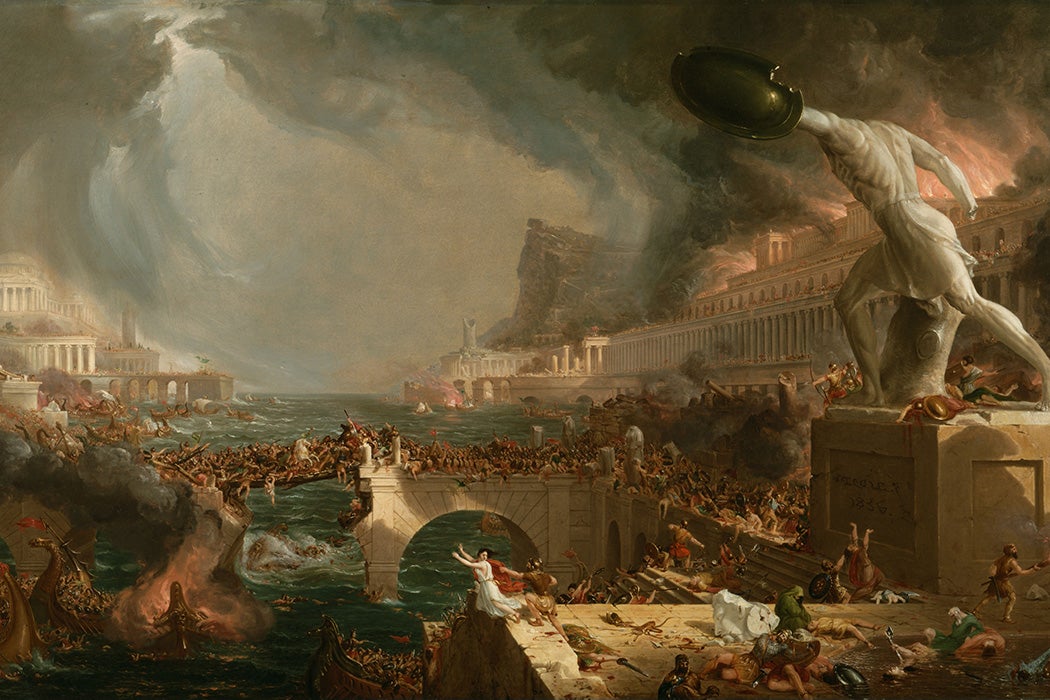 Destruction from The Course of Empire by Cole Thomas
via Wikimedia Commons
By: Livia Gershon
3 minutes
Share Tweet Email Print

Speakers from across the political spectrum make claims about American decline. President Trump focuses on a return to some mythic moment of greatness. Meanwhile, Democrats invoke strong rhetoric about Trump’s tariffs and un-presidential behavior hurting U.S. businesses in the global economy. It sounds like the country is always on the rocks. But what does it really mean to be “in decline?” And why does it make for such appealing political rhetoric?

Back in 1996, the economic and social historian Jim Tomlinson described the rise of “declinism” in Great Britain. Just as the U.S. is now being challenged for economic supremacy by China and other fast-growing countries, Britain faced a diminishing place in the world economic order a century ago.

For Tomlinson, British declinism is the idea, which had become nearly universal at the time he was writing, that Britain’s economic performance was deficient, and that it could have avoided or fixed the problem if only leaders had made better choices. A typical narrative sees this decline beginning in the late nineteenth century, as Germany and the U.S. gained more economic power. However, discussion of this decline became much more common starting in the late 1950s.

From 1964 onward, the idea that Britain was falling behind other industrialized countries became central to every General Election campaign.

Not coincidentally, Tomlinson writes, this shift happened at a time when politicians were increasingly promising rising living standards. Rather than promoting full employment and the equitable sharing of the economic pie, the Conservatives focused on increasing the size of the pie. In a 1954 speech, R.A. Butler, a Conservative Party leader, suggested the promise of a “doubling of the standard of living in twenty-five years.” This represented a way to attack Labour’s distrust of materialism and its preference for equality over growth. Over the decades that followed, if Britain’s economy failed to grow as quickly as other nations’, the Conservatives tended to blame “socialistic” policies.

Eventually, the Labour Party found its own reasons to embrace declinism. After the Conservatives won their third consecutive election, in 1959, Labour began focusing its messaging on the idea that the nation’s industrial production and share of world trade was lacking in comparison with other west European countries. The party blamed this decline on the concentration of economic power and on the distribution of wealth to the “functionless shareholder.”

From the 1964 election onward, Tomlinson writes, the idea that Britain was falling behind other industrialized countries—and that its quality of life was on the decline—became central to every General Election campaign.

Today, that argument has become commonplace in the U.S. as well. But what would an alternative look like? It’s hard to imagine a politician arguing that we should accept a diminished role for the U.S. in the world economy, as more populous nations like China and India improve their own living standards. And yet, that might help pave the way for a politics that focuses on the priorities that Britain’s Labour Party embraced before declinism took over—creating a more egalitarian, less profit-driven nation.

Inventing 'Decline': The Falling behind of the British Economy in the Postwar Years
By: Jim Tomlinson
The Economic History Review, New Series, Vol. 49, No. 4 (Nov., 1996), pp. 731-757
Wiley on behalf of the Economic History Society 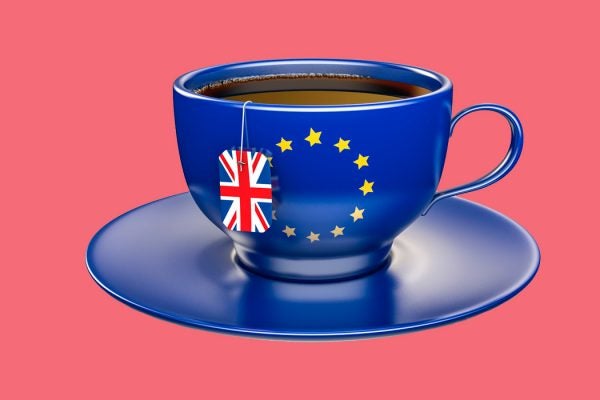 The Many Metaphors of Brexit

How do metaphors shape political perceptions? And what do they mean for the future of Europe?