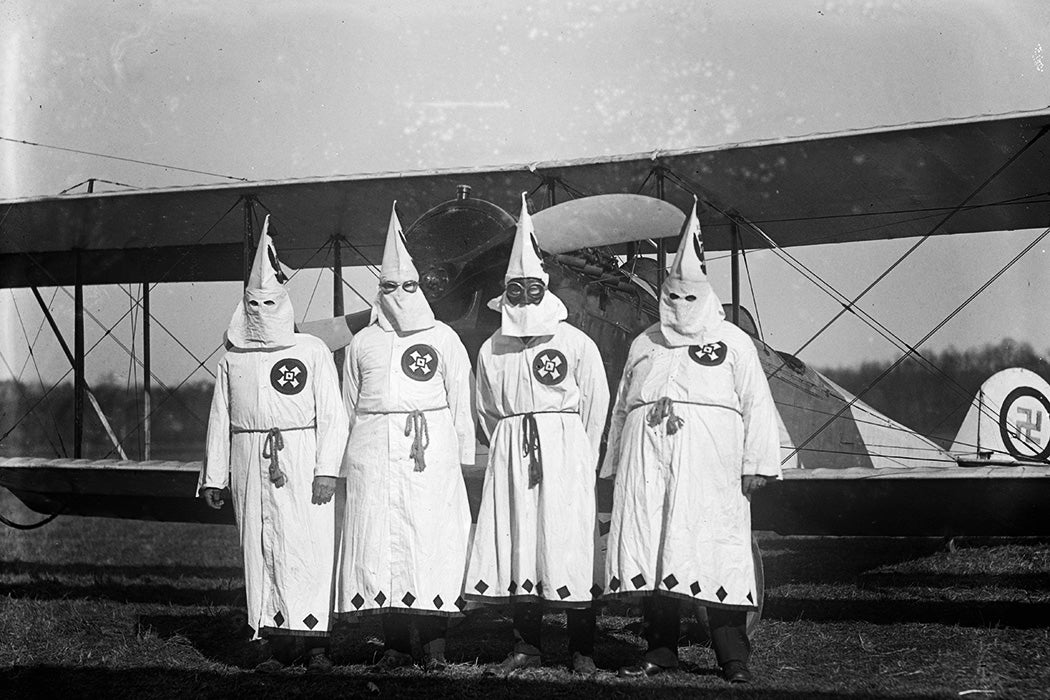 In 1925, a secret radical organization came to the attention of authorities in Germany. The democratic Weimar Republic government had settled into a relatively stable period after the civil strife of the early 1920s. Political murders continued, but many right-wing groups dedicated to nationalism, anti-Semitism, and the violent overthrow of democracy were somewhat demoralized by the mid-1920s. The Order of the Knights of the Fiery Cross brought something new to this fascist scene. Founded by three Americans and modeled on the Klu Klux Klan, the Knights came complete with robes, crosses, and secret oaths.

Scholar Richard E. Frankel explores this little-known group and illuminates some of the transnational connections among fascists: “We can see striking similarities between the German and the American world of the radical Right—similarities that, on first glance, would often be dismissed, but upon closer examination reveal a great deal about the commonly assumed exceptionalism of both countries.”

Ahistorical Nordic-Teutonic-Viking vocabulary and symbolism, mixing specious myth and occultism, remain a strong component of neo-Nazi identity to this day.

The Knights were founded in February 1925 by a German-born American pastor; his son, a naturalized American originally from Germany; and a native-born American. There were soon several hundred members in branch lodges named Germania, Siegfried, and Wiking. (Ahistorical Nordic-Teutonic-Viking vocabulary and symbolism, mixing specious myth and occultism, remain a strong component of neo-Nazi identity to this day.)

According to a membership list confiscated by police, 179 members were classified as “workers and salaried employees”; 110 were “craftsmen and manufactures”; 35 were “official/clerks”; and 21 were “students and academic occupations.” More than half were 31 years of age or older. The organization appealed to men who were also members of the right-wing German Social Party. Some were also members of Frontbann, an offshoot of the SA: Nazi paramilitaries, also known as the brownshirts, bankrolled by elites to fight leftists and liberals in the street.

The three Americans were expelled from the Knights in June 1925. The pastor, Otto Strohschein, seems to have been a con artist and was charged by the membership with stealing from the group’s funds. Plus, völkish (ethno-nationalist) Germans didn’t want foreigners leading them.

The group lived on with native German bosses. Police stopped investigating them in 1926, after President Paul von Hindenburg began a process of granting amnesty to members of radical groups, including such Nazi figures as Hermann Goring, Martin Bormann, and Rudolf Hess; Hitler was released after serving only nine months of a five-year sentence for treason for his part in the Munich Beer Hall Putsch of November 1923.

Back in the U.S., the Klan numbered some 5 million American members and had real political power in several states. While it had a great ideological connection with German far-right groups—they shared “intense racism, antisemitism, nationalism, hostility to organized labor, and a glorification of violence in pursuit of a cause”—the paraphernalia of the Klan’s bedsheets and burning crosses didn’t become big in Germany. German nationalists had their own traditions, and, in the brownshirt, their own uniforms.

So while the Knights never seemed to amount to more than a few hundred members, Frankel notes, they functioned as a kind of way station, a temporary home, during a period of instability on the Right: “such small groupings could provide a continued opportunity to commune with like-minded men, to maintain or even reinvigorate their radicalism, until something more promising came along. The Nazis proved very successful in taking advantage of this kind of thing.”

Klansmen in the Fatherland: A Transnational Episode in the History of Weimar Germany's Right-Wing Political Culture
By: Richard E. Frankel
Journal for the Study of Radicalism, Vol. 7, No. 1 (2013), pp. 61-78
Michigan State University Press 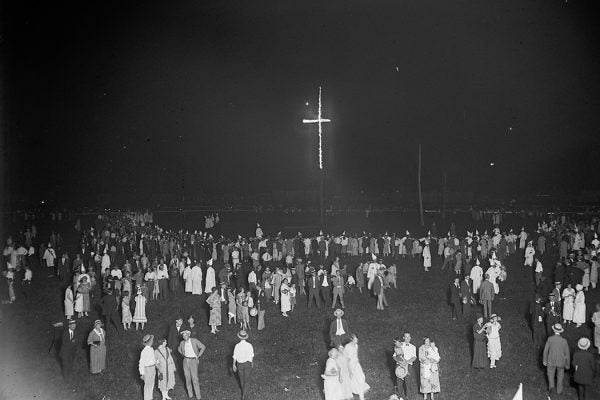 There are few traces today of college students' resistance to anti-Catholic threats, but the ones that remain are powerful.