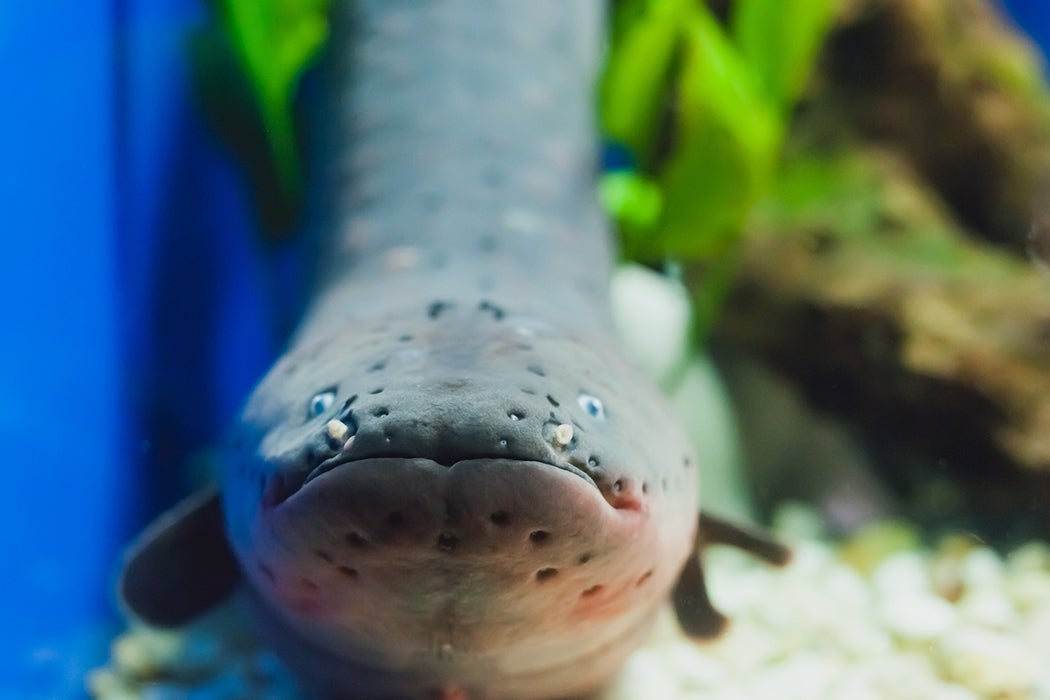 What’s the best way to study an electric eel? For most people, not the one chosen by a Vanderbilt researcher who let a small electric eel zap his own arm. Aside from the, ahem, shocking result, the experiment aimed to determine exactly what the circuit strength was when an eel contacted a living target. Now its been cleared up that electric eels hurt, but what else do we know about electric eels?

The electric eel, electrophorus electricus, is not technically an eel but a different group of fishes called knifefishes. They have three different organs (the Sachs organ, the Main organ, and the Hunter’s organ) each capable of creating a sudden change in electric potential, creating a current. The shocks are not generally capable of killing a healthy human.

2. Eels’ Electricity Helps Them to See

The nocturnal eels live in the dark murky waters of South American rivers, and have poor eyesight. Their electrical abilities help compensate for the environment. Many South American electric fishes, including eels, broadcast an electric discharge into the water around them. They are then able to detect the disturbances in the electric field caused by fish or other objects in the water, enabling them to navigate or hunt without reliance on eyesight. Many species may also use their electrical discharges to communicate with potential mates or rivals.

The different electrical organs provide different discharges. While resting or not actively hunting, the eel emits a low voltage, low frequency pulse at intermittent intervals. When it’s time, the eel uses its Main organ or Hunter’s organ to emit a higher voltage, higher frequency discharge to stun prey. They don’t need a lot of recovery time; eels are capable of delivering thousands of shocks in a period of several minutes. The eel eats its hapless prey, typically smaller fish, before they can recover from the paralysis induced by the shock.

4. Eels Eavesdrop on Other Electric Fish

The eel’s manipulation of electricity is amazingly versatile. Many of the eel’s prey species are themselves weakly electric, and there is evidence that the eels can actually “eavesdrop” on other electric fish and hunt them using their own electric signals. When it comes to avoiding predators, some electrical fishes, and maybe eels, can actually cloak their own electrical signals to prevent other predators from detecting them. The need to keep a low profile is likely the reason that the eels produce such a weak pulse when they are not actively hunting.

Not taking chances with predators, a strong shock can be elicited not only by prey but by merely disturbing the water near the eel. If the eel is detected by a predator, the eel uses its high voltage discharge as a deterrent. If that doesn’t work, the eel, which actually breathes air, can escape by fleeing into surface areas choked with vegetation and with very low dissolved oxygen. These remarkable fish will frequently be found in shallow or near surface waters. Please use care when wading South American rivers. 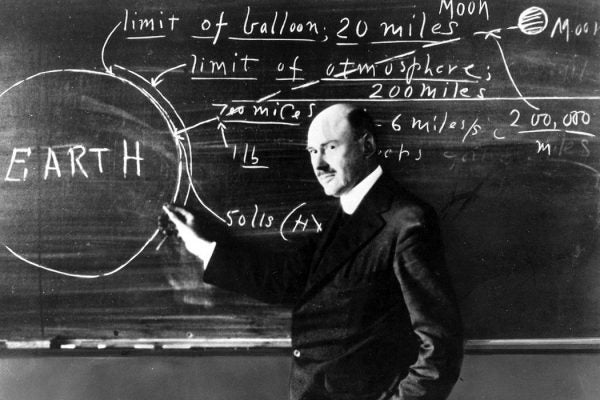 Robert H. Goddard is acknowledged by many as the "father" of rocketry, but it's a strange paternity since he had so little influence on his contemporaries.