Are whistleblowers heroes or traitors? It depends who you ask. 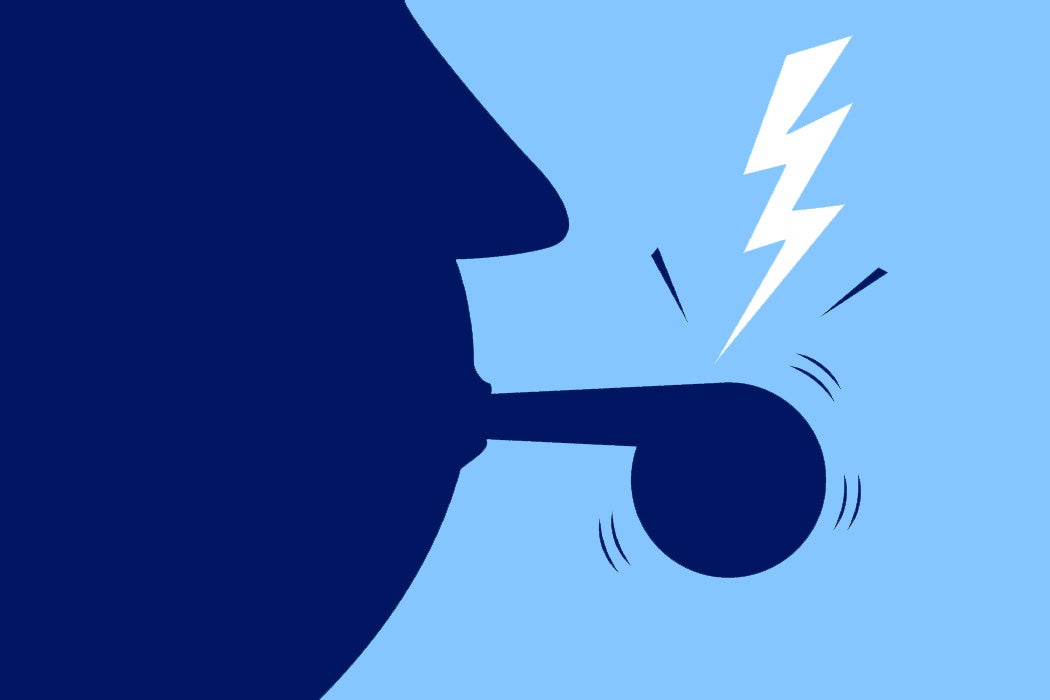 This “founding” attitude has fared… rather ambiguously ever since. As law professor Shawn Marie Boyne shows in her review of the legal protections for whistleblowers in government and industry, “the country’s treatment of whistleblowers has been a conflicted one.” Regardless of the organizational model (public, private, non-profit), those in power who have had the whistle blown on them rarely applaud whistleblowers. Heroes to some, often the whistleblower is labeled a traitor by those in power, as in the cases of Boyne’s examples, Edward Snowden and Chelsea Manning.

“The question of whether a whistleblower will be protected or pilloried depends on the interests of those in power.”

“The question of whether a whistleblower will be protected or pilloried depends on the interests of those in power,” Boyne writes. Leaks to the media from officials for political advantage are standard operating procedure. But those outside this inner circle don’t fare as well: Snowden is in exile and Manning is in jail. Boyne notes that three NSA employees who did do what critics said Snowden and Manning should have done, that is, go through the system and use the proper channels to report government abuse, “found their lives destroyed and reputations tarnished.”

Retaliation against whistleblowers hit some of the pioneers, too, Boyne notes. Ernest Fitzgerald, who revealed billions in cost-overruns in a military transport program in 1968, was demoted after President Richard Nixon told his supervisors to “get rid of the son of a bitch.”

That same president ordered a break-in to Daniel Ellsberg’s psychiatrist’s office in 1971, in hopes of finding dirt on Ellsberg.  An analyst for the RAND Corporation, Daniel Ellsberg released the Pentagon Papers to the New York Times. This classified historical study of the war in Vietnam revealed that the government realized early on that the war could not be won. Defending his actions in 1971, Daniel Ellsberg said, “I felt that as an American citizen, as a responsible citizen, I could no longer cooperate in concealing this information from the American public.”

Retaliation against whistleblowers is, as scholar Michael T. Rehg and his co-authors show, quite gendered. “Male whistleblowers were treated differently depending on their power in the organization, but female whistleblowers received the same treatment regardless of the amount of organizational power they held: Their status as women overrode their status as powerful or less powerful organization members.” These authors also found that “women who reported wrongdoing that was serious or which harmed them directly were more likely to suffer retaliation, whereas men were not.”

While laws have been strengthened to help whistleblowers, presidents and CEOs nevertheless continue to go after them.