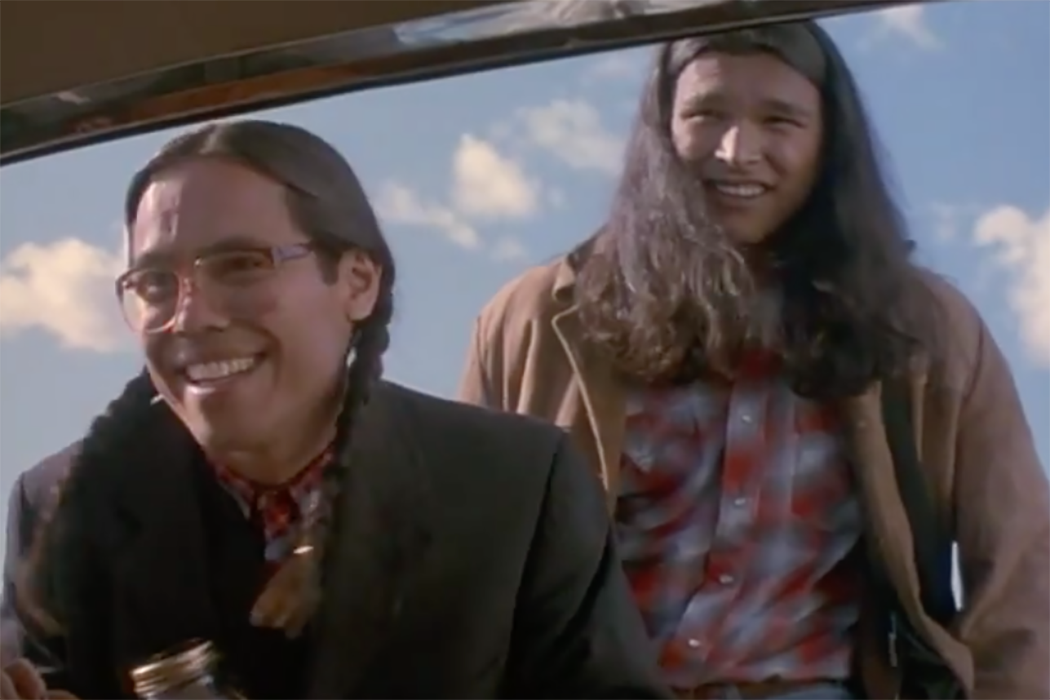 Twenty years ago, director Chris Eyre directed and co-produced Smoke Signals, a coming of age story featuring Adam Beach, Evan Adams, Irene Bedard, Gary Farmer, and American Indian Movement (AIM) activist John Trudell. Although it might now make us uncomfortable that the screenplay and the book were written by Sherman Alexie, who has recently been accused of sexual misconduct, the movie was groundbreaking in that it was the first movie to be written, directed, co-produced, and acted by Native Americans.

In 2005, Native American Studies scholar Joanna Hearne explored the ways in which indigenous filmmakers used film production as a site for “cultural revival.” She introduces a number of scenes from Smoke Signals to illustrate “specific moments when the filmmakers strategically intervene in media representations and appropriate media tools for the purposes of visual sovereignty.”

Sound is key in Hearne’s analysis. In the opening scene of the film, John Trudell’s voice narrates the reservation radio, welcoming an audience to both the radio show and the film itself, while also setting up the day and location for moviegoers: “Good morning. This is Randy Peone on KREZ radio, the voice of the Coeur d’Alene Indian reservation, and it’s time for the morning traffic report on this rainy bicentennial fourth of July.”

The film is constantly playing with dismantling and challenging dominant Native stereotypes.

Hearne argues that in casting Trudell, Smoke Signals immediately “politicizes the role” because of “past media coverage of AIM, and Trudell’s mellow, humorous performance as a radio host suggests the film’s self-conscious presentation as a new indigenous voice in popular culture.”

Another poetic, powerful moment comes when the two protagonists, Victor and Thomas, are on a bus going from Idaho to Arizona. Two racist white men take their seats, telling them to “find someplace else to have a powwow.” Victor and Thomas reluctantly move to the back of the bus. Hearne argues that this “not only re-creates the bus as the segregated social space of the American South in the Civil Rights era, but also echoes the federal policies of Relocation and dislocation of Native tribes.”

Soon after this move, however, Victor and Thomas continue their conversation—one which, much like the film itself, is constantly playing with dismantling and challenging dominant Native stereotypes. They discuss Western movies and Victor argues that viewers never see John Wayne’s teeth in his movies. After this assertion, he begins tapping his hands, making an audible rhythmic noise. He begins singing repetitive verses, posing his question through acoustic song:

Thomas joins in and through both song and sound, they reclaim their place on the bus, “transforming the marginalized space of the rear seats into a platform for protest through powwow or ‘49’ music.”

Hearne argues that Chris Eyre uses powerful scenes like this to change “discourses about indigenous identities in the contested arena of popular culture.” Smoke Signals was popular in Native communities as well as the “over culture,” as Eyre puts it. The film has continued to reach and engage a broad audience with this transformative discourse. 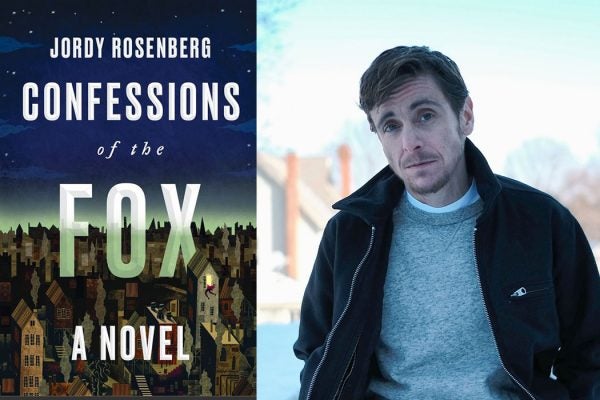 An interview with author Jordy Rosenberg about his new novel, Confessions of the Fox.