What Does It Mean to Call Helen Keller a Fraud?

A TikTok trend is only the most recent example of how people often question the abilities of marginalized groups. 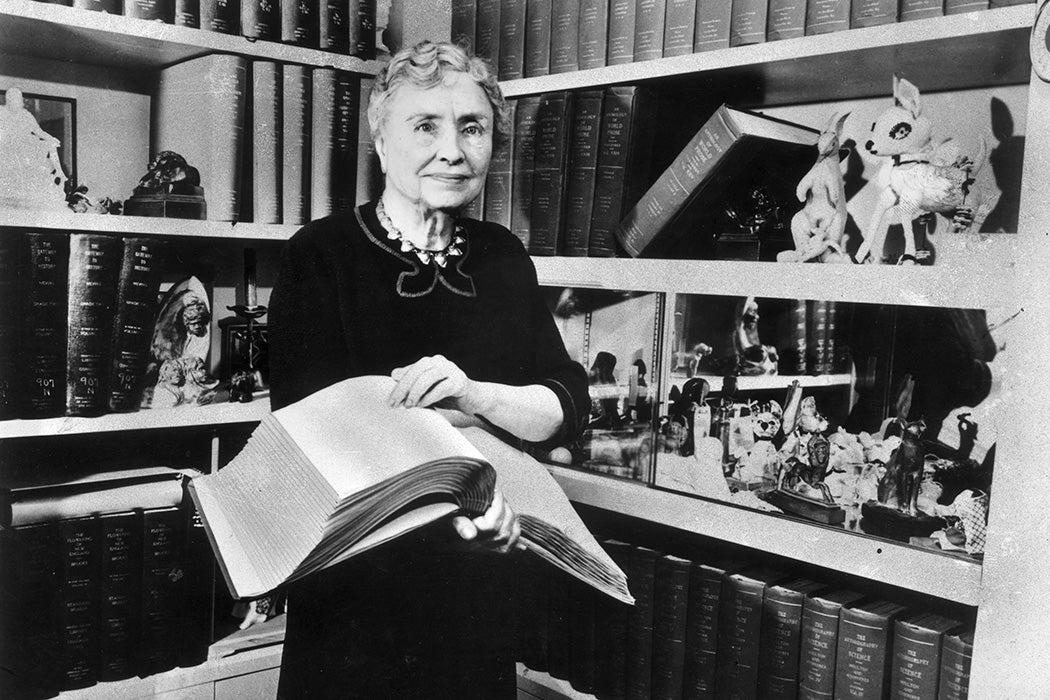 Earlier this year, TikTok was filled with young people arguing—with varying degrees of sincerity—that Helen Keller’s accomplishments, including writing many books, couldn’t have been possible for someone who was blind and deaf. It wasn’t the first time Helen Keller was accused of trickery. Back in 1892, when she was only eleven, Job Williams, principal of the American Asylum in Hartford, Connecticut,  wrote an article for the American Annals of the Deaf entitled “Is Helen Keller a Fraud?”

Williams detailed a controversy over a story Keller had written, “The Frost King.” At the time, readers noticed close similarities with a previously published story, “Frost Fairies.” Some observers suggested that Keller and her teachers knowingly misrepresented a plagiarized work as original writing. Williams confirmed that the stories were very similar. Digging into the situation, he found that a woman who briefly took care of Keller had apparently read “Frost Fairies” to her when she was eight. Williams concluded that Keller’s remarkable memory allowed her to reproduce the story three years later, while legitimately believing she was inventing it herself.

In Keller’s time, “disability, including blindness and deafness, was inextricably linked with ideas of intellectual idiocy and spiritual vacuity.”

“It will not do to write down Helen Keller as ‘a fraud,’ ‘a humbug,’ ‘a back number,’ however much we may feel annoyed by the ‘Frost King’ composition,” Williams wrote. “She has been in the full blaze of public curiosity too long, and been tested by too many scientific men and educational experts, to be a successful deceiver.”

Writing more than a century later, education and disability researchers Christopher Kliewer, Douglas Biklen, and Christi Kasa-Hendrickson pointed to the notion that Keller was a fraud as an example of rejecting the possibility that certain types of people could be literate. They write that in Keller’s time, “disability, including blindness and deafness, was inextricably linked with ideas of intellectual idiocy and spiritual vacuity.”

Kliewer, Biklen, and Kasa-Hendrickson compare attacks on Helen Keller’s abilities to similar attitudes directed toward eighteenth-century poet Phillis Wheatley, who was kidnapped from West Africa as a child and enslaved in Boston. Like Keller, Wheatley became an accomplished writer, composing hundreds of poems by age seventeen. But many of her contemporaries considered Africans incapable of creating art or literature. Immanuel Kant, for example, argued that they “have by nature no feelings that rise above a trifling.”

Keller and Wheatley were each brought before a panel of expert judges who confirmed their abilities. These were victories not only for the writers but for the marginalized groups they were part of. And yet, as the TikTok trend of dismissing Keller’s achievements makes clear, continuing doubts about the abilities of people who belong to such groups will keep cropping up as long as much of the culture perceives them as less capable than others.

IS HELEN KELLER A FRAUD?
By: JOB WILLIAMS
American Annals of the Deaf, Vol. 37, No. 2 (APRIL, 1892), pp. 156-159
Gallaudet University Press
Who May Be Literate? Disability and Resistance to the Cultural Denial of Competence
By: Christopher Kliewer, Douglas Biklen and Christi Kasa-Hendrickson
American Educational Research Journal, Vol. 43, No. 2 (Summer, 2006), pp. 163-192
American Educational Research Association 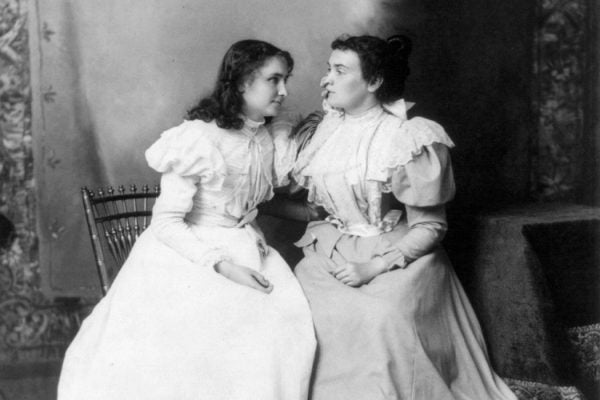