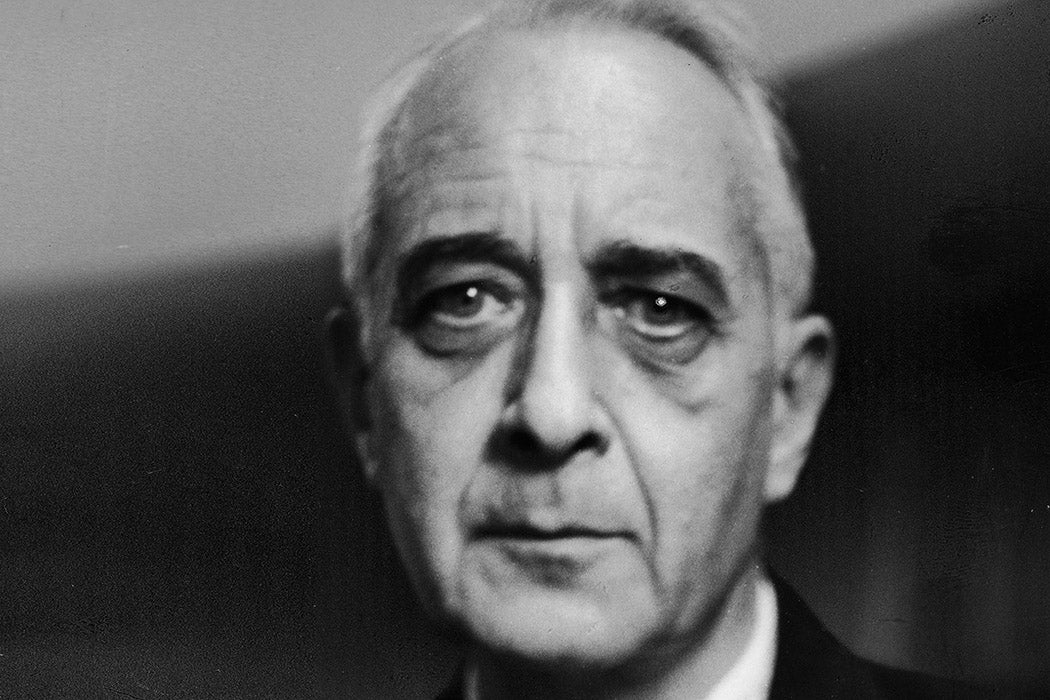 You don’t have to dig deeply to discover the stress produced in many academics and writers by the constant stream of requests for letters of recommendation and book blurbs from former students, current ones, and colleagues.

These requests provoke anxiety not only because of the time they absorb, but also because of the ethical questions they pose: Can I in good conscience blurb this book despite the problems I have with it? Is it right that the students with the confidence to ask for letters get more support than the shy ones? Must I blurb this book effusively, simply because its author blurbed my own with enthusiasm? (The terror that a cycle of reciprocity might spiral forever upward is captured in a 1992 poem in The American Scholar, “A Farewell to Blurbs,” which ends with one poet asking another to just call the whole thing off: “I still ask you to agree / That if I say no more about your poems, you’ll do the same for me.”)

If such anxieties sound familiar, be glad that you’re not Lionel Trilling. When he was flying high in the 1950s, as possibly the most celebrated professor in the country, his recommendations held astonishing power. He knew they got results.

Take the example of Robert Gottlieb, the future editor-in-chief of Knopf and the New Yorker. At the end of his undergrad years at Columbia, Gottlieb recalls in his memoir Avid Reader, he complained to Trilling about not having been offered a fellowship to study at Cambridge; Trilling sent a note along to England and in response Gottlieb received “not an application form but an acceptance letter.”

Publishers routinely offered contracts to book projects that Trilling recommended, sometimes even before reading the manuscripts. So often was Trilling’s recommendation instrumental in securing someone a job that he joked, in a 1953 letter, about how he might as well be running an employment bureau, remarking that someone had been hired for a position at Bard College “through [his] agency (The Trilling Cooperative Agency, I suppose).”

Trilling frequently received requests from people he felt indebted to in one way or another, and this left him in what he felt was an impossible situation.

As generous as he was with his recommendations, Trilling drew the line at book blurbs. He explained to an editor in 1960 that it wasn’t just “a question of ‘not liking to give quotes.’” He frequently received requests from people he felt indebted to in one way or another, and this left him in what he felt was an impossible situation. “If I say yes to all and my little words of praise all appear in the advertisements, I get to look silly and my praise comes to mean nothing. If I say yes to this or that one and no to that one or these ones, I am rude and unfriendly. So I must say nothing, which also makes me rude and unfriendly, but in a principled way.”

To be clear, Trilling’s principle may not make sense according to the rules of what Michael McGuire calls “the literary blurb economy.” Did Gary Shteyngart’s praise come to “mean nothing” in the early years of the current millennium because of his legendary profligate blurbing? (Well, maybe.) Still, sensible or not, Trilling stuck to his rule faithfully, saying no regularly to blurb requests from his students, colleagues, and friends.

Except when he didn’t. Poring through his papers in the Rare Book and Manuscript Library at Columbia, I found two cases in which he deliberately broke his rule about blurbs. In both he did so for former Columbia students who were publishing their first books.

Irving Feldman had been sending poems to Trilling for years, and receiving the professor’s help in a dozen different forms. One of Feldman’s poems, for example, which had already been rejected by Commentary, was then miraculously accepted when Trilling intervened. Feldman’s first book, Works and Days, was accepted for publication thanks to Trilling’s recommendation and appeared with Trilling’s blurb on its back cover. It won a prize for the best work of Jewish poetry in English published in 1961, and Feldman went on to a distinguished career, including a MacArthur award. (Read some of his early work: in Poetry, Prairie Schooner, and the Kenyon Review.)

The other exception, Ivan Gold, had come to Trilling’s attention with a short story he published as a Columbia undergraduate in 1953. After that, Gold took Trilling’s advice to “stay away from graduate school,” and ended up in the military. His first book of short stories, Nickel Miseries, had Trilling’s blurb on its back cover and contained an extraordinary novella, “Taub East,” about a Jewish chaplain attempting to gather enough men to form a minyan, or quorum, on the Sabbath on an American base in Japan.

Why do these exceptions to Trilling’s rule about blurbing matter? For one thing, they color the way we think about Trilling’s relationship to Jewishness. Generally, scholars like Elinor Grumet have suggested that Trilling turned away from Jewish concerns over the course of his career. In one widely cited article in the Denver Quarterly, Mark Krupnick claims that “most of the important changes in [Trilling’s] relation to his Jewishness, if we may judge from his writing, occurred between 1925 and 1950,” and that in the later years, “Trilling did not press the subject of his Jewishness.” That’s not exactly false, but Krupnick’s qualifying phrase is crucial and a bit misleading. If we judge not just from the published writing, but also from the professional influence Trilling wielded in deciding which students to help, it becomes evident that in the 1950s and 1960s Trilling found himself drawn toward students, like Feldman and Gold, who wrote explicitly and in complex ways about Jewishness—in ways that Trilling, a novelist manqué, may have wanted to do but couldn’t.

By his own admission, he lacked the knowledge of Jewish languages and other aspects of contemporary Jewish life, that his students possessed.

Trilling couldn’t write what Feldman or Gold could both because he lacked a talent for writing fiction and poetry, and because, by his own admission, he lacked the knowledge of Jewish languages and other aspects of contemporary Jewish life, that his students possessed. In a classic 1950 essay, Trilling called his “knowledge of the Jewish tradition … all too slight.” A decade later, declining an invitation to speak to a group of Jewish students at Columbia, he wrote, “I am not learned in [the Jewish] tradition and there is nothing that I might say about it that would conceivably be worth hearing.” What he could do was signal his acceptance of a new moment in American culture, in which Jewish topics would have critical and commercial appeal, by supporting some students who we might understand as acting as his literary proxies, writing the literary works he himself could not.

There’s nothing especially unusual or wrong about that: teachers want to see their students succeed, accomplishing things they themselves cannot. But if these examples reflect the extent to which Trilling’s decision-making about who to help with recommendations and blurbs owed a lot to homophily—the tendency for people to be attracted to people who remind them of themselves—they matter in another way, too.

Trilling certainly deserves credit for helping Jewish young men who had studied at Columbia, like Feldman and Gold, get published at a time when there was still plenty of genteel anti-Semitism operating in U.S. literary culture. Yet it’s also worth noticing the various kinds of people Trilling didn’t help, in part because he didn’t encounter them as students, and because he didn’t sympathize with them as he did with Feldman and Gold. Women, for one, who weren’t admitted to Columbia until 1983. The editor Marion Magid, who had been a Barnard student in the 1950s, recalled in Dan Wakefield’s history of that decade, “You never questioned that Trilling was for the boys and you were a girl, so you had to make do.” Cynthia Ozick, who studied with Trilling in 1951, ruefully remembered the occasion on which Trilling confused her with the one other female student in the seminar, according to Susanne Klingenstein’s Enlarging America: “because we were a connected blur of Woman, the Famous Critic, master of ultimate distinctions, couldn’t tell us apart.”

Students of color didn’t get much help from Trilling, either. One historian of Columbia University notes the “negligible numbers” of “blacks or Puerto Ricans” enrolled there as late as the early 1960s. Trilling did write generous recommendations for James Baldwin, whose intellectual relationship with Trilling Jay Garcia has studied. But in general Trilling didn’t seem to do much to support other African-American writers, and he made appallingly racist remarks about Puerto Ricans in a 1953 letter (he complained in a letter that “the Puerto Ricans, scarcely speaking English, have invaded so many neighborhoods” in New York, and that “it will take many generations before they are a part of the central culture”). Unlike Gold, who wrote about the Puerto Ricans he grew up with on the Lower East Side, learned to speak Japanese, and travelled internationally, Trilling, notwithstanding his broad cultural knowledge, doesn’t seem to have been especially interested in writers and students from Latin America, Asia, and Africa.

That’s distressing in general, but especially so when we consider how powerful Trilling was and how much he could have helped students from disadvantaged backgrounds, had he wanted to.

Trilling’s example dramatizes the homophily that sociologists describe as “one of the most striking and robust empirical regularities of social life.” Choices about whom to support may have more than we like to admit to do with which of them remind us of ourselves. Some students get unfair advantages just for being similar to their professors in one way or another—yet another troubling consideration that needs to be kept in mind by people writing recommendations and blurbs.

At the same time, if we accept that homophily is a relatively durable and possibly unavoidable tendency in decision-making, then we should redouble efforts to make sure there are plenty of professors from underrepresented backgrounds whom homophily will incline to support students who remind them of themselves. What we need are many more scholars who have just as much (or almost as much) power as Trilling did to help the students they find deserving, but who will use that power to support the students Trilling himself did not.