In the eighteenth century, doctors recognized melancholy as a disease endemic to groups forcibly displaced from their homes, particularly enslaved Africans. 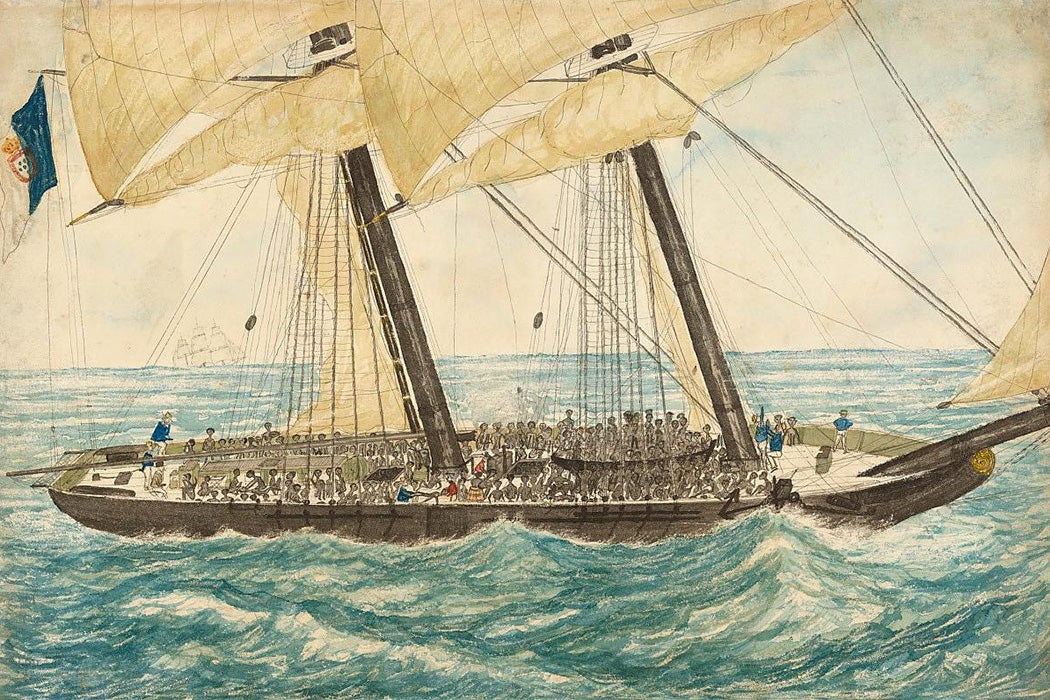 The slave ship Diligenté was engaged in the illegal slave trade when it was seized in 1838. A lieutenant in the British Royal Navy painted this scene from the ship
via JSTOR
By: Livia Gershon
3 minutes
Share Tweet Email Print

Between the mid-fifteenth and early nineteenth centuries, more than 10 million Africans were forcibly shipped across the Atlantic. The suffering they endured is hard to imagine, and few of them left written records of what happened to them. But, as English language scholar Ramesh Mallipeddi writes, their enslavers did record the physical and emotional traumas, sometimes in the context of trying to figure out how to keep the humans they were trafficking alive long enough that they could be sold in the New World. The descriptions—some of which are reproduced below—were horrific.

Mallipeddi shares that many of these enslavers attributed physical suffering of their captives, including scurvy and diarrhea, to an essentially mental condition sometimes known as “fixed melancholy.” As Captain John Ashley Hall, who sailed the slave ship Neptune in the 1770s, put it, the ailment was the result of being “taken forcibly from their nearest and dearest connections, and their native country.”

One Royal African Company agent who voyaged to Africa between 1678 and 1682 described captive Africans falling into deep despair and refusing to eat even when their captors beat them; the prisoners ultimately starved to death. Almost a century later, another observer told of a healthy African man who, after being shackled on the ship, “lost his spirits irrevocably” and expressed a determination to die, which he did nine days later.

Some ship doctors attempted to remedy the captives’ melancholy with forced dancing.

Mallipeddi writes that ship captains resorted to extreme measures to keep their prisoners alive, flogging those who refused to eat or force-feeding them using a speculum oris—a mechanical device for prying the mouth open. Some attempted to terrify them into obedience, singling out those deemed particularly willful and using torture, murder, and the disfiguration of bodies to create an example for the rest.

Meanwhile, some ship doctors attempted to remedy the captives’ melancholy with forced dancing. The Sea-Surgeon, a handbook for doctors serving on slave ships published in 1729, advised that “seeing that that only thing which contributes to the health of these poor creatures, and on which the good of the voyage, and your reputation depends, is to nourish them well, deal kindly with them, and divert them often with the Drum, Dance, etc., in order to dissipate the sorrowful thoughts of quitting their own country, friends, and Relations.”

In fact, Mallipeddi writes, some doctors noted that dancing sometimes caused great pain to enslaved people living with scurvy and other physical suffering. Those who refused to dance would often be flogged. Captors also encouraged singing and expressed irritation when the songs were mournful lamentations.

The logic of the slave-based economy demanded that the ships’ crews do their best to maximize the number of enslaved Africans who arrived on the other side of the ocean, both by shoving large numbers of humans together in horrific conditions and doing what they could to keep them alive through that nightmare.

“If the eighteenth-century Atlantic system was premised on the smooth, unimpeded flows of capital, labor, and commodities,” Mallipeddi observes, fixed melancholy “threatened to wreck the system, to ‘defeat’ the expectations of merchant capitalists via the psychosomatic self-annihilation of slaves.” 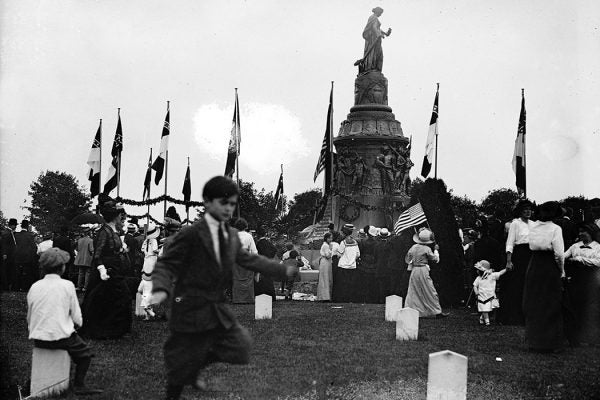