The Sandhogs Who Built the New York Subway

Unlike other laborers, who toiled anonymously on bridges and buildings throughout the city, the sandhogs had an iconic status in New York City. 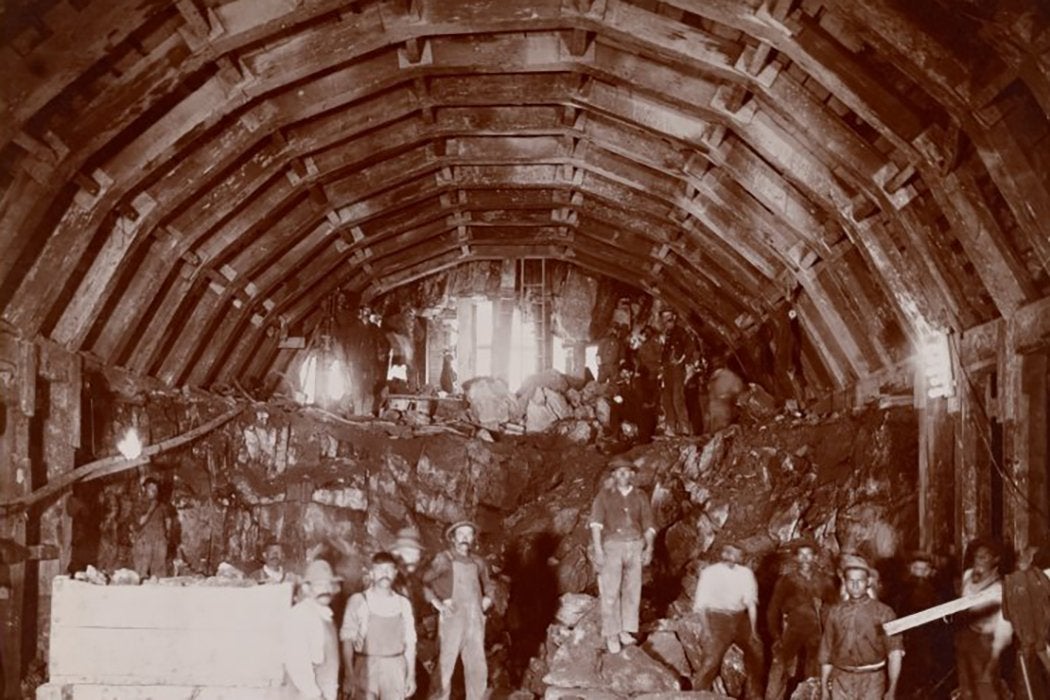 Somehow, New York’s usually efficient transportation system has devolved into a commuter’s nightmare. Late trains. Derailments. Deteriorating stations. It’s gotten so bad that New York’s governor recently declared a state of emergency. As you wait for your train, why not remember the men who made it possible to begin with?

They were called sandhogs, and as James Morton Turner tells it, they built an identity along with New York’s many tunnels. Unlike other laborers, who toiled anonymously on bridges and buildings throughout the city, the sandhogs—the men who worked at the front lines of the tunnels—were recognized with their own name and an iconic status in the city.

The sandhogs’ status as labor heroes gave them bargaining power.

Though sandhogs existed throughout the late nineteenth century, Turner writes, they didn’t get their distinctive name until 1906. Beforehand, they were merely known as “compressed-air workers.” They went underwater in caissons filled with compressed air that allowed them to dig beneath the harbors and put in deep foundations and tunnels. It was dangerous, uncomfortable work, and despite a nearly unlimited supply of immigrants willing to do the job, one man is thought to have died for every foot of the Hudson River Tunnel.

Sandhogs had their own unique health ailment, too: caisson disease. The condition paralyzed men without warning. Today it’s known as decompression sickness—the same thing that afflicts divers who surface too quickly. But at the time, writes Turner, the risk was simply accepted. It came to define the sandhogs as a distinctive group of workers. “As a result of compressed-air tunneling technology and nineteenth-century medical beliefs,” writes Turner, “the sandhogs were spatially and temporally separated from all other laborers.”

They hung out in the “sand-house,” where they rested between shifts. And they developed bonds through their union and their unique skill. Life as a sandhog was dangerous, but it paid well and offered unusual job security. That meant more leisure time than other workers, and more time to spend at the local saloon.

In 1906, attitudes toward the sandhogs changed after a series of accidents beneath the East River. Blown-out tunnels put the dangers of the profession on display in a way few New Yorkers could ignore, and the Progressive-Era press worked to publicize them. Suddenly, sandhogs were big news, and people started to complain about their high death rates.

Still unionized and still relevant today, sandhogs will be there to help rebuild the subway—even if they can’t make trains run on time. 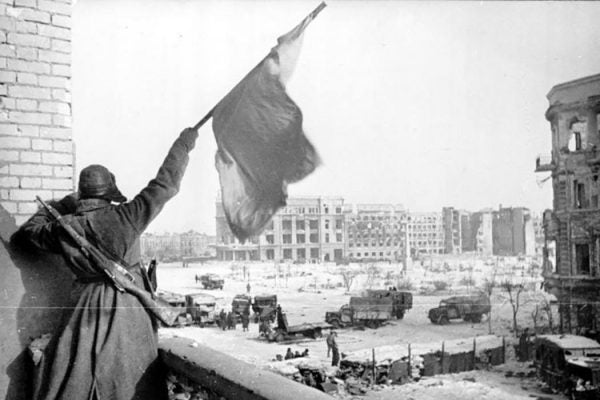 How the Nazis Created the Myth of Stalingrad

The battle of Stalingrad was the first major defeat of the Nazis in World War II, and presented the Nazis with a propaganda quandary.