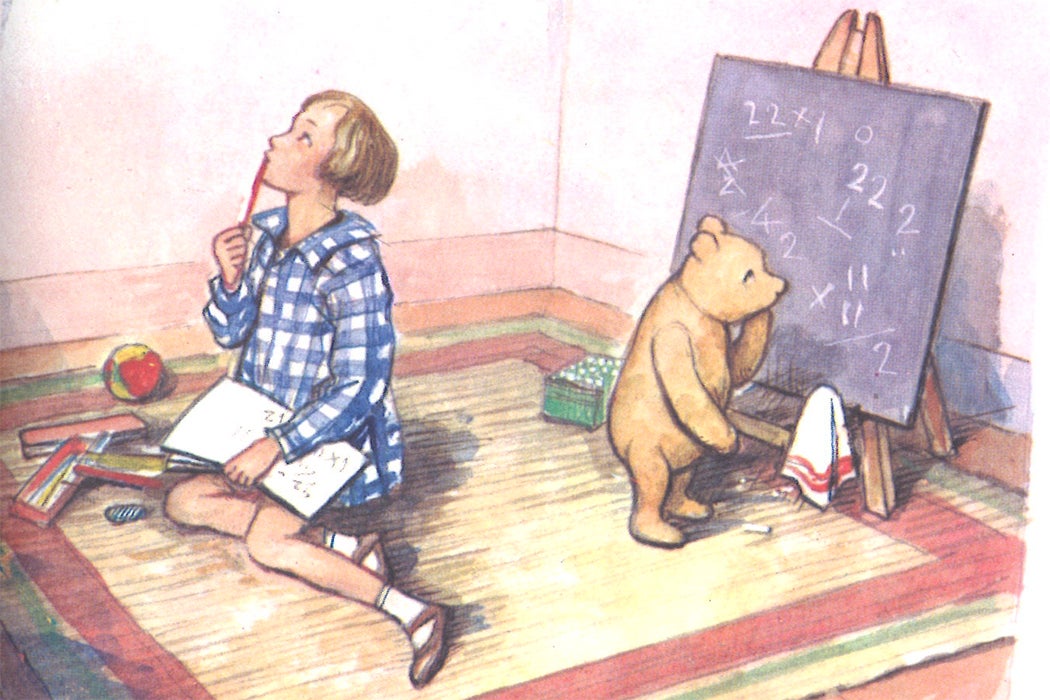 An illustration by E.H. Shepard from Now We Are Six
By: Amy Shearn
3 minutes
Share Tweet Email Print

The film Goodbye Christopher Robin aims to tell the behind-the-scenes story of A.A. Milne and his son Christopher Robin. You know the one: the adorable shaggy-haired child wandering through the Winnie-the-Pooh stories and Milne’s sweet poems. Or perhaps you know the Disneyfied cartoon version, a lankier, more knowing boy. There he was, playing pretend along with you throughout your childhood. But where did he come from?

The real Christopher Robin worked hard to distance himself from his fictionalized self.

Back in 1932, not long after Milne’s books of children’s poetry When We Were Very Young and Now We Are Six were first published, Mary Ethel Nesmith wrote for The Elementary English Review, praising Milne’s “perfect understanding of child life.” According to Nesmith, Milne “seems to divine the very thoughts and language of the child.” She notes that the verses have been written for and about Milne’s son, the real-life Christoper Robin, and that the child’s presence throughout the poems adds charm and authenticity. The article also quotes Milne himself on writing for children. He says that when writing for children one must give the very best he has to give,

but whatever fears one has one need not fear that one is writing too well for a child any more than one need fear that one is becoming almost too lovable. It is difficult enough to express oneself with all the words in the dictionary at one’s disposal; with not but simple words, the difficulty is much greater. We need not spare ourselves.

Indeed Nesmith claims his children’s poems “make you reach up a little and learn to enjoy the beautiful”—perhaps the noblest goal of any kind of art. And yet, by all accounts Milne was not entirely pleased that children’s books overshadowed all his other work. Twenty years after Nesmith’s article, Milne wrote these lines:

If a writer, why not write
On whatever comes in sight?
So—the Children’s Books: a short
Intermezzo of a sort:
When I wrote them, little thinking
All my years of pen-and-inking
Would be almost lost among
Those four trifles for the young.

As John R. Payne notes, Milne was indeed known as a journalist and “one of England’s successful post-War dramatists” before a children’s magazine asked him for a contribution in 1923 and he submitted a few poems, “unknowingly on his way to becoming famous as a writer for children.” He continued to write plays, but it was the poems and stories for children that hit. Payne writes, “He hated being referred to as ‘whimsical’ and resented being remembered primarily for his light verse.” And while he must have been grateful for the remunerative success of the “four trifles,” clearly the huge popularity of Winnie-the-Pooh and the fictional alter-ego of Christopher Robin complicated life for not A.A.’s literary legacy, but for the entire Milne family, as the new film reveals.

To wit, the real-life Christopher Robin did not love being made into one of England’s most beloved fictional characters. Seeking a refuge from the horrors experienced as a soldier in WWI, A.A. Milne “created the world of Pooh—only to watch as his books’ astonishing popularity threatened to bring an end to his son’s idyllic childhood,” writes a reviewer in the Seattle Times.  The stuffed-animal play in the sun-dappled countryside and the stories they inspired provided Milne with a salve for his PTSD. As Richard Roeper writes for the Chicago Sun Times, “But things get nasty again when ‘Winnie the Pooh’ becomes a global sensation, and the world demands to meet ‘the real Christopher Robin,’ and both A.A. and his wife trot their boy around as a prop, oblivious to how much harm they’re inflicting.”

The real Christopher Robin worked hard to distance himself from his fictionalized self, refusing to take any of the royalties made off his likeness, and apparently never really forgiving his parents. Milne was forever remembered as a “whimsical” writer of children’s stories—and now, as the inadvertent destroyer of his son’s childhood. A bother indeed! 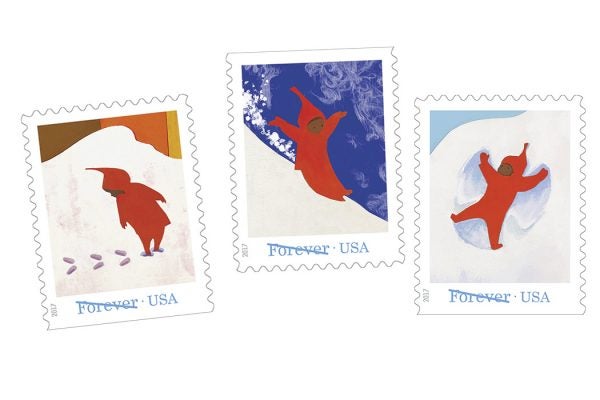