The Return of Ocular Communion

The idea of a virtual Eucharist may feel at odds with Catholic tradition, but it has deep roots in the church’s history. 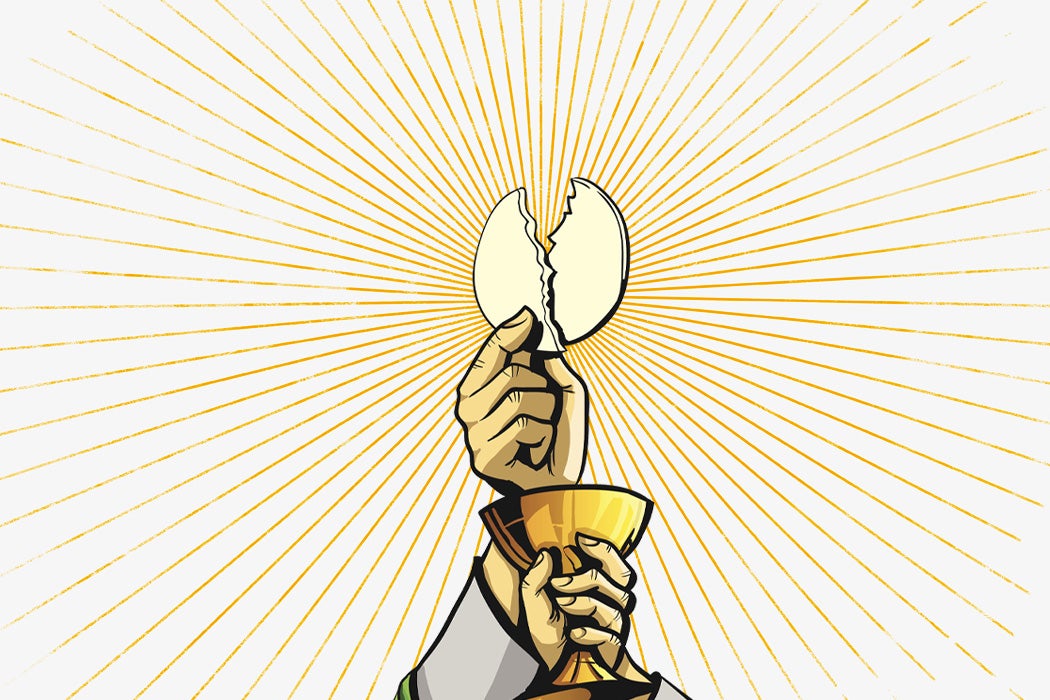 A priest holding up communion with beams of light emanating from the wafer
Getty
By: Lucia Tang
4 minutes
Share Tweet Email Print

As coronavirus lockdowns and stay-at-home orders ease, Catholic dioceses around the world are opening their long-shuttered doors, hosting socially distant masses for the first time in months. Lay Catholics have spent the past however many Sundays live-streaming the altars they once approached in person to receive their Eucharistic bread. To most of them, the end of the online mass can’t come too soon. But for high-risk believers, the era of online communion will drag on indefinitely. As their priests consecrate wafers to offer their masked-up co-parishioners, these medically vulnerable Catholics will continue to watch over webcam.

This virtual Eucharist may feel at odds with tradition, a makeshift solution to an unprecedented problem. But in some ways, it’s actually a return to the church’s history. When medieval Catholics consumed the bread of life, more often than not, they feasted with their eyes.

Before Luther, going on a months’-long “Eucharist fast” wasn’t a deprivation: it was the norm. On Easter Sunday, the consecrated wafer could be dropped directly on the lay believer’s tongue—in fact, the Fourth Lateran Council, in 1215, made it mandatory for all Christians. Communicating on Christmas and Pentecost wasn’t unusual either. Most Sundays, though, the physical act of eating the bread was reserved for the priest alone. The unordained faithful under his care generally contented themselves with an “ocular communion:” simply watching, with rapt devotion, as he consecrated the host and held it up for all to see.

Of course, there were exceptions. Frequent communion was a privilege extended by special priestly permission, theoretically only to the most pious of all. Catherine of Siena, for instance, received the Eucharist almost daily, with her confessor’s blessing, though her intense cravings for it earned scoffs from skeptical contemporaries. The English mystic Margery Kempe, meanwhile, was so insistent on weekly communion, she took her case all the way up to the Archbishop of Canterbury.

Both Margery and Catherine were extremists in their fixation on physical communion—or maybe just ahead of their times. Until the early Protestant reformers strove, in vain at first, to normalize weekly or monthly communion, receiving the Eucharist so often struck most laypeople as excessive. Taking communion every Sunday was for saints and showoffs: possibly holy, but possibly suspect. For the ordinary believer, just seeing the host was enough. Ocular communion wasn’t a poor proxy, an unsatisfying simulacrum of the real deal. It was the real deal: looking up at the uplifted bread the moment it became God’s flesh was supposed to offer all the benefits of actually consuming it. Even on Easter, when the whole parish was required to eat the bread, it was the vision of the host that “became for many the focal point of eucharistic devotion.”

But why was it such a visually oriented experience? According to the historian Amy Nelson Burnett, those who wanted to communicate physically had lofty spiritual standards to meet—“purity of heart, love of neighbor, [and] genuine contrition,” for starters. A full confession of sins was a given, but there were more arduous preparations too: fasting, abstaining from sex, and extended meditation on “Christ’s suffering and death.”

Needless to say, all this spiritual rigor put a lot of pressure on the typical layperson faced with the prospect of ingesting the host. No wonder the year’s one mandatory communion became a source of considerable anxiety for some, as they questioned “whether they were sufficiently worthy to escape God’s judgement when they fulfilled their duty to communicate at Easter.”

Consuming the Eucharist by sight, on the other hand, was supposed to offer all the perks with almost none of the prereqs. Best of all, this spiritual communion could be dispensed to a whole church full of worshippers in a single, spectacular instant. For some religious thinkers, like the Dutch layman Wessel Gansfort, its very accessibility made it the superior way of engaging with the body of Christ.

When they extolled the virtues of gazing on the Eucharist, medieval theologians certainly weren’t thinking of a virus being transmitted through the eating of the host. And they could hardly have envisioned virtual cathedrals. Still, live-streamed masses let high-risk worshippers take in the Eucharist with their eyes. When they got past their confusion, medieval Catholics might actually have greeted these rituals with praise. 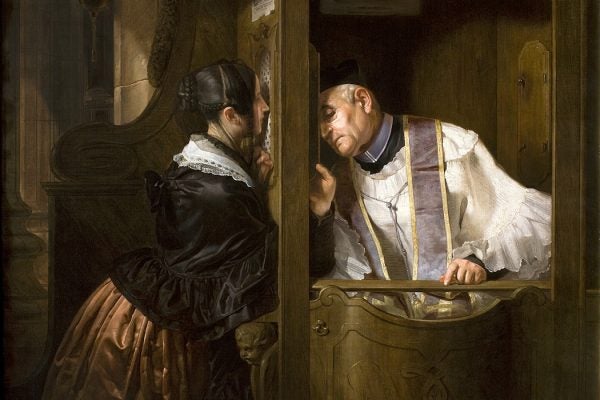 In the early 20th century, "scruples" meant a neurotic fixation on sin. It seemed to mostly affect Roman Catholics.