The largest wilderness area east of the Mississippi was deemed “Forever Wild” in 1885. But it wasn’t exactly created to preserve nature. 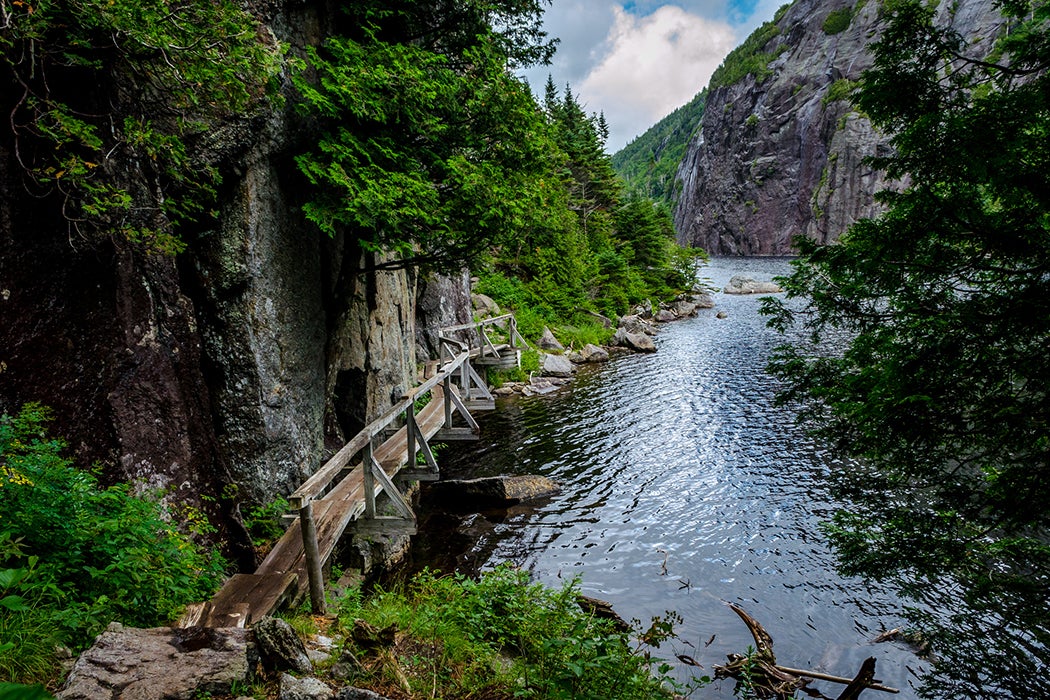 At six million acres, Adirondack Park is the largest wilderness east of the Mississippi. In fact, it is bigger than Yellowstone, Everglades, Glacier, and Grand Canyon national parks combined. In 1885, state law designated the mountainous forest region in northern New York “forever wild,” establishing the area as a Forest Preserve. In 1895, this protection was actually written into the state constitution. “Forever wild” is a curious designation, however: fully half of the Adirondack Park is privately owned, and over 130,000 people (according to the 2010 census) live and work within the park’s bounds.

The early Dutch thought the Adirondacks were a place of fantastic creatures, including unicorns.

According to writer Daegan Miller, the early Dutch thought it was a place of fantastic creatures, including unicorns. A French nobleman wanted to settle refugee aristocrats there after the French Revolution. The slave trader John Brown, who founded Brown University with his brothers, planned townships with uplifting names like Sobriety, Unanimity, and Regularity, although these never amounted to more than dreams on a map. The radical abolitionist John Brown (no relation to the slave trader) was something of a dreamer, too; after his execution, he was buried in the park on the site of his family farm.

Brown the abolitionist settled there because landowner and reformer extraordinaire Gerrit Smith had invited 3,000 black families to come and live in the mountains in the mid-1840s. Anthropologist LouAnn Wurst writes that Smith was a “figure of national prominence in politics and social reform movements including temperance, abolition and the underground railroad, and women’s rights.” His plan for settling black farmers far from the madding cities met the fate of many an Adirondack project, however: not many families took up the offer.

The park wasn’t even initially thought of as wilderness. As Environmental Studies scholar Philip G. Terrie explains, the forest was preserved to protect the watershed of the Erie Canal and the Hudson River. Deforestation by logging was thought to threaten the infrastructure of the economy.

Terrie upends the usual history of the park’s creation. It wasn’t a battle between “advocates of ruthless exploitation and those of wilderness.” Rather, it was a struggle “between different brands of exploiters,” timber barons, and the canal interests.

Logging wasn’t even initially banned. In fact, the commission put in charge in 1885 was supposed to fund itself by selling logging rights. “Forever wild” meant timber could be sold and harvested. This was the era of “scientific” logging as advocated on the national level by Gifford Pinchot. Another advocate of the new academic discipline of forestry declared “it is proper that people should be able to enjoy the refreshing contact with wild nature, but, after all, these are secondary considerations.”

But images of stripped hillsides and threats of flooding and drought rapidly transformed an inter-industry debate. New Yorkers began to realize that they had a stake in the forest. While the reasoning behind the park remained the preservation of the watershed, there was another kind of watershed moment when the text of the constitutional amendment of 1895 was proposed. It specifically stated “nor shall the timber thereon be sold, removed or destroyed.”

The threat of deforestation won the debate. The state constitution was amended, Terrie writes, because of “the reluctance of people to turn the landscape over to the lumber barons, the state bureaucracy, or the scientific foresters.” To this day, changes to land use in Adirondack Park have to go through a state-wide ballot process.

"For the Means of Your Subsistence … Look Under God to Your Own Industry and Frugality": Life and Labor in Gerrit Smith's Peterboro
By: LouAnn Wurst
International Journal of Historical Archaeology, Vol. 6, No. 3 (September 2002), pp. 159-172
Springer
The Adirondack Forest Preserve: The Irony of Forever Wild
By: PHILIP G. TERRIE
New York History, Vol. 62, No. 3 (JULY 1981), pp. 261-288
Fenimore Art Museum 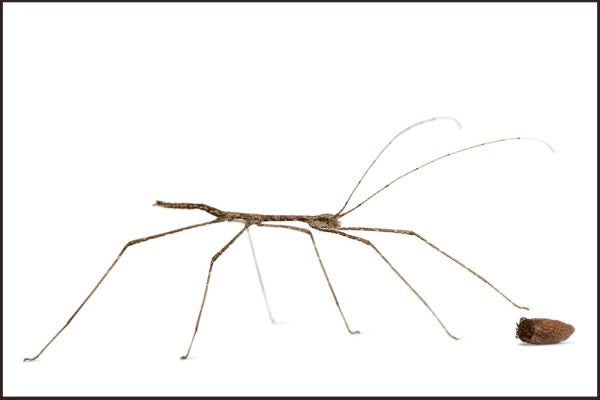 Stick insects have eggs that look exactly like seeds. Scientists can't figure out why these masters of camouflage would lay eggs that resemble bird snacks.